Debating the History Dissertation Embargo Policy at the Annual Meeting 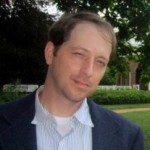 On January 3, the 2015 AHA annual meeting hosted a panel entitled “original statement released by the AHA in the summer of 2013 set off a firestorm of reactions, resulting in subsequent clarifying statements by the AHA and Noam Cohen’s article in the New York Times Business section. Eighteen months later, this panel was convened not to re-fight the initial debate over the statement so much as to offer a variety of individual professional perspectives.

The panelists’ remarks raised a number of questions surrounding the changing landscape of academic publishing. Peter Berkery acknowledged that the monograph is “under critical stress,” which, in turn, has put increasing pressure on the university press business model. Berkery went so far as to suggest that the model will eventually need to be “flipped from consumer pays to producer pays,” as some open access journal publishing in Europe has already done. Rick Anderson pointed out the oft-misunderstood difference between “open access” and “public access.” With public access, authors retain copyright, and Anderson noted that true open access would represent a significant change in the way we think about authorship and content ownership. Finally, Jacqueline Jones mentioned how the debate had caused her to think back to her own dissertation, and she stressed that many grad students (and faculty) simply did not fully understand what an embargo is. In the end, she supported “students’ ability to make a choice,” which closely echoes my own position.

I noted that while I am certainly a proponent of open access, I have found the anecdotal evidence (and an oft-cited 2011 study from College & Research Libraries) sufficient to perceive immediate open access as a “potential professional risk.” Considering my investment of 10 years in developing whatever career prospects I may have, the state of the job market, and my own family responsibilities, I asked, “Why would I do anything that might have even the potential of limiting those prospects?” I also pointed out my surprise that, in a field so attuned to historical issues of class, many have missed the clear class implications of the debate, in which established academics want to impose potentially damaging policies on some of the most vulnerable people in an already precarious profession. I argued that the disconnect was partially due to the fact that established academic critics of the AHA statement are debating an ideal, while graduate students like myself are debating a policy, one with the potential to affect individual lives.

A frequently touted benefit of publishing one’s dissertation online has been “discoverability”—an issue discussed thoroughly during the Q&A portion of the panel. One graduate student asked how to weigh the benefits of discoverability against the potential risk for publishers. While the other panelists stressed that this should be a case-by-case decision, I argued that there were more effective ways of developing an awareness of one’s work than simply making the dissertation available for download on a university server. Here is another instance where idealism often trumps reality. Considering the sales of monographs, I find it hard to believe that there is a public out there clamoring to read dissertations. And, for scholars who want access to them, this access can be granted by the author even with an embargo in place. But students cannot simply place their dissertations online and passively expect people to find them, let alone become interested enough to want to find them. Academics must actively seek to generate interest in their work, particularly as graduate students or early-career scholars. I pointed out my own use of social media, blogging, podcasting, and participation in various history projects (digital and otherwise) as examples of ways in which graduate students and early-career scholars can actively work toward generating interest and increasing discoverability, along with the traditional modes of academic profile-building.

The nature and value of the dissertation itself was also a subject of intense discussion. Audra J. Wolfe, an independent historian, argued that the debate over the embargo option implies that dissertations are either unfinished works or simply not good enough to be published as is. This has been an important sub-thread of the embargo policy debate. However, the way the debate has been framed––i.e., turning dissertations into monographs––seems to have obscured the fact that the dissertation and the monograph are two distinct forms of writing. One is written primarily for a very small audience (namely, one’s committee) and the other is written for a broader audience. The motivation and goals of both are decidedly different.

In the end, there was consensus among the panel (and seemingly a large portion of the audience) that conflicting anecdotal evidence and a lack of metrics exacerbate the problem and call for caution and individual choice. All of the panelists understood the question about embargoes as one of “student choice.” The outrage that marked the release of the statement was not evident amongst the panel attendees, and both the panel and audience were able to engage in a serious and timely discussion about an issue of importance to junior scholars in a moment of rapid change for the profession as a whole.