Geraldo Cadava is an associate professor of history and Latina/o studies at Northwestern University. He lives in Chicago, Illinois, and has been a member since 2007. 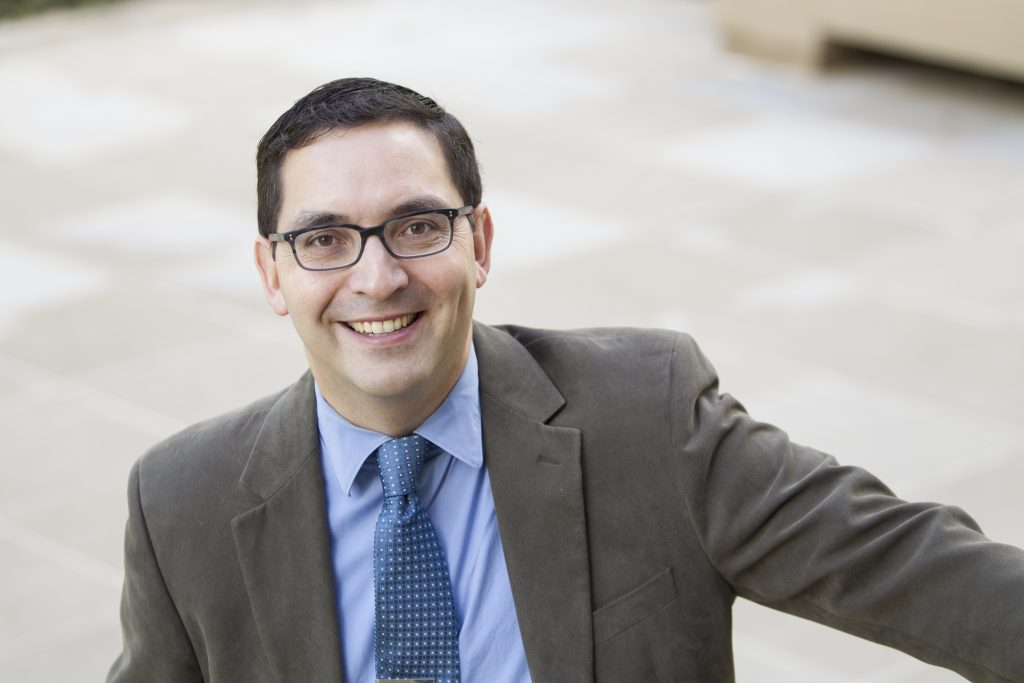 Geraldo Cadava is an associate professor of history and Latina/o studies at Northwestern University.

Describe your career path. What led you to where you are today? I have four answers to this question. First, since I am from Tucson, Arizona, I suppose I have always been interested in the social and cultural dynamics of the US-Mexico borderlands. Second, my father is a professor of English and was the first person in our family to receive a PhD, so he always stressed the importance of education and exposed me to lots of opportunities for educational growth. After my parents divorced I moved with him to Irvine, California, where he was a graduate student, so in many ways I was socialized into academia from a very young age. My one, extremely minor rebellion is that I became a history professor instead of a professor of literature! Third, I loved the experience of being a Mellon Mays Undergraduate Fellow (formerly known as a Mellon Minority Undergraduate Fellow, or MMUF) and writing a senior honors thesis at Dartmouth College on Asco, an avant-garde Chicano art group from Los Angeles. The MMUF community and my honors thesis seminar led me to believe that I could research and write for a living. Fourth, I had the best PhD mentors in the business (I am sure many of us feel this way, but I really believe it to be true!). They served as much more than luminaries in their respective fields; they were also excellent role models as people balancing professional and family lives, and deeply committed mentors.

What do you like the most about where you live and work? I love my colleagues at Northwestern and the city I live in! I found our history department to be incredibly supportive of junior faculty, and the historians here to possess just the right balance of scholarly gravitas, productivity, and achievement, on one side of the scale, and humor, sense of community, and common educational purpose. As for Chicago, well, it is a great place to live.

What projects are you currently working on? I am writing a book about the rise and fall of a national movement of Hispanic conservatives between the mid-1960s and the mid-1990s.

Have your interests evolved since graduation? If so, how? Absolutely! One of the best parts of our jobs, I believe, is that we can reinvent ourselves as scholars with each new project. Of course there’s some overlap. A conservative Mexican American department store owner in Tucson, Arizona, led me to think about the wider world of Hispanic conservatism. And my second book will be just as transnational as my first. But my first book engaged much more with borderlands scholarship than my second book will. My second book will bring together two bodies of scholarship that are still relatively new to me—modern American conservatism and the rise of the right in Latin America.

What’s the most fascinating thing you’ve ever found at the archives or while doing research?Most recently I have found it fascinating to find so many Hispanic conservatives in unexpected places. The first three Hispanic treasurers of the United States were Mexican American women appointed by Richard Nixon (Romana Acosta Bañuelos), Ronald Reagan (Katherine Ortega), and George H.W. Bush (Catalina Vasquez Villalpando). The Cuban American Desi Arnaz was a loyal Republican and a delegate to more than one Republican National Convention. Charles “Bebe” Rebozo, a Cuban American from Miami, was Nixon’s best friend, and two of the thieves arrested at the Watergate Hotel were Cuban exiles. It has been beyond interesting to dig into their biographies and sort through their (not always predictable) reasons for embracing conservatism.

Is there an article, book, movie, blog etc. that you could recommend to fellow AHA members?Sleep Dealer (2008), a film by the director Alex Rivera, it is a futuristic sci-fi riff on the Bracero Program, and Ernesto Galarza’s idea that the bracero worker was the ideal economic machine: a cheap laborer without rights who could be expelled when he was no longer needed. I also like Machete, with Danny Trejo.

What do you value most about the history discipline? As the AHA’s executive director James Grossman likes to say (and I am only paraphrasing him here), every important moment—an election, a strike, a law, episode of violence—has a past that is worthy of explanation and in need of contextualization. For me, that explaining and contextualizing are our public duties.

Why is membership in the AHA important to you? The e-mails, journals, magazines, and conferences of the AHA are the best way for me to keep informed about what is going on in the profession at large.

Do you have a favorite AHA annual meeting anecdote you would like to share? I loved the 2012 AHA meeting in Chicago because I was spending the year on sabbatical in New Jersey and it was a nice opportunity to return home to visit friends and see so many historians in my home city! Oh yeah, it was also like 60 degrees all weekend in the middle of January!