We Have Always Been Global

Tribal Nations in the Democratic Slide

Last December, as the Russian military prepared to invade Ukraine, Vladimir Putin hosted a press conference. A British reporter asked if he could guarantee, unconditionally, that he would not invade Ukraine “or any other sovereign country.” Putin instead responded with his own questions: “Did Mexico and the US never have any territorial disputes? What about California? What about Texas? Did you forget about that? But everything seems to have calmed down. Nobody remembers those things just like the way they remember about Crimea.” 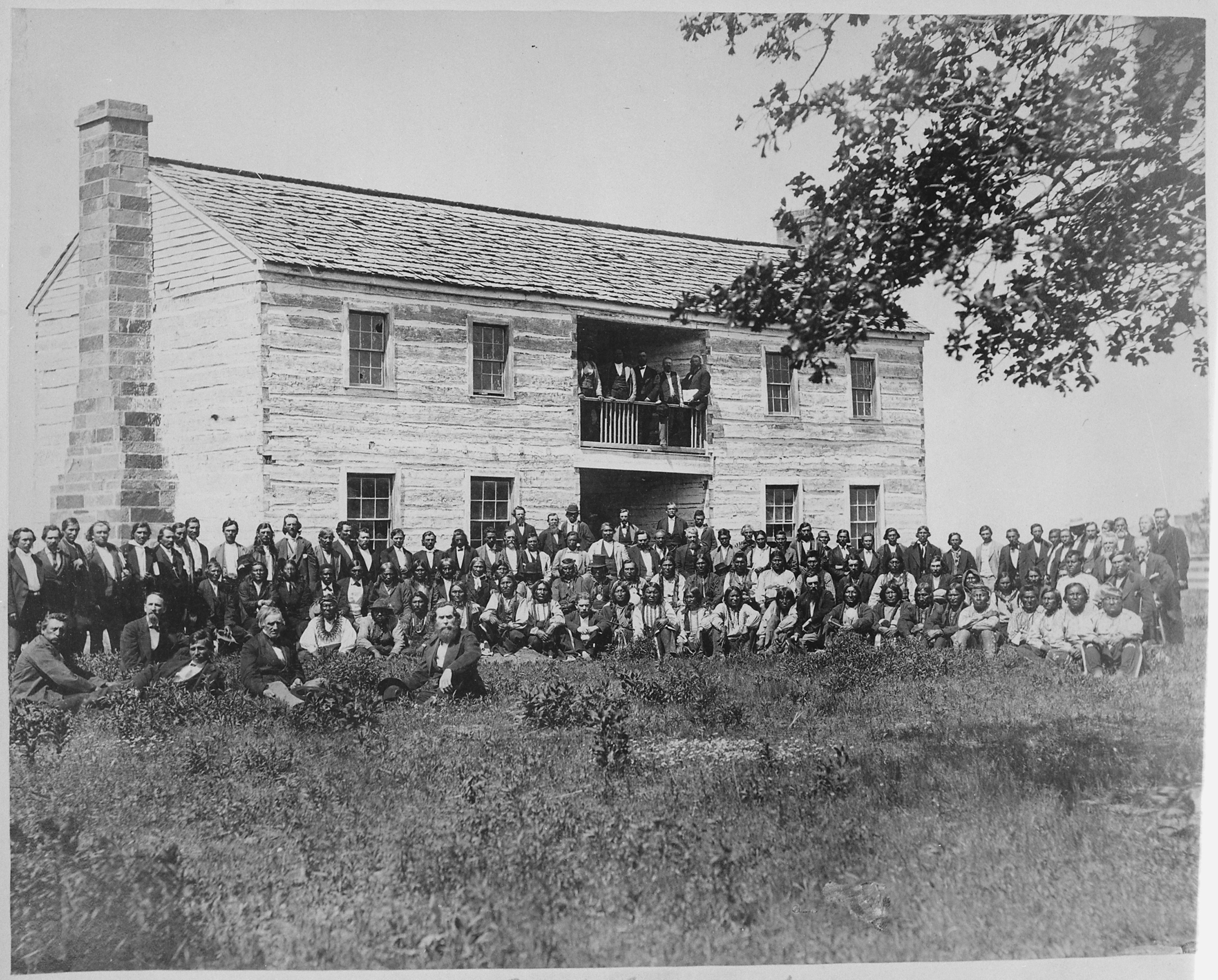 Putin argued that Russia annexing territories from Ukraine was no less objectionable than the United States seizing lands from Mexico in the 1840s. The US-Mexican War resulted in the loss of over half of Mexico’s territory, signaled the triumph of a “white man’s republic” over a relatively tolerant multiracial democracy, and unleashed a new and devastating chapter of consistently genocidal white settlement. And here was a world leader not criticizing this history but relishing it as precedent. Putin would not be coy about reviving an older style of imperialism at the expense of liberalism. I thought about what my role was as a Native Americanist—was this connected to what I study? As Putin picked at unhealed wounds, I thought about how the victims he invokes actually played a role in the rise of liberal democracy.

Many tribes developed their own constitutional democracies over the course of the 19th century: the Cherokee in 1827, the Choctaw in 1834, the Seneca in 1848, the Chickasaw in 1856, and many others. Their leaders insisted on calling what they had “republics,” for they too were part of a growing global community of modern nations. They acted like republics, conducting local and national elections, building legislative assemblies, celebrating a free press, debating policy in multiple languages, and insisting that under their system “the humblest child can become the chief.” These Indian nationalists applauded the emergence of distant democracies in Europe and Latin America and corresponded with North American tribes hoping to replicate the Indigenous republican model. Indian nationalists pledged their support to these “sister nations” in the form of diplomatic assistance, and they condemned European and American acts of imperialism both before and after the US took away their right to self-government at the close of the century. Like Ukraine, they did this all while simultaneously lobbying and organizing against a powerful eastern neighbor with a never-ending hunger for land and power.

The Cherokee provide an example as to why these nations embraced liberal democracy. In the 1820s, Cherokees had already pushed back against multiple US attempts to take their territory. Ironically, one of their national leaders, John Ross, was a strong admirer of their adversary’s egalitarianism, which he called “a beautiful system.” Ross helped to draft the Cherokee’s first written constitution in 1827 and shortly after, he was elected chief. He mobilized a strong majority of the Cherokee population against removal to the west, but he was outmaneuvered in 1835, when a small group of unelected Cherokees signed an illegal treaty with the United States. The experiment appeared to have failed.

Leaders insisted that under their system “the humblest child can become the chief.”

Even after thousands of Cherokees died on the Trail of Tears, John Ross and his allies built a second democratic republic in the west—one that yet again mirrored the American system. In doing so, grieving Cherokee nationalists proved something that victims of colonialism have repeatedly demonstrated over the past two centuries: democracy and anti-imperialism are perfectly compatible. It was not the majority or even a plurality but a tiny, self-appointed minority that had sold the ancestral homeland. With 15,000 Cherokees signing a petition to stay on their lands, they assumed that the will of the majority would still protect their new common title; the treason of so few seemed to confirm this theory moving forward. Indigenous democracy fought Removal; unelected and self-important men rubber-stamped it anyway.

Around the same time as the Cherokee Removal Crisis, the Mashpee of New England witnessed the Massachusetts legislature’s transfer of more and more power from the community to its state-appointed “overseer,” a holdover from the colonial government that predated the United States. The Mashpee and their allies protested loudly and passed a resolution invoking their natural rights: “We were never consulted as to his settlement over us, as a people. We never gave our vote or voice, as a tribe, and we fully believe we are capable of choosing for ourselves.” Directly inspired by the revolutionaries of Massachusetts, the Mashpee hoped for a democratic form of sovereignty and were left disappointed by the imperialist leanings of the very same state.

After the American Civil War, the United States pushed its authority over Native peoples to terrifying limits. Tribes with republican governments escaped most US federal oversight, but those without republics were subjected to the semiautocratic whims of reservation agents. Many of these agents were corrupt, mismanaging the resources of their “wards,” while others demanded violent retribution against those who left the reservation or disobeyed their commands. Agents helped abduct generations of Native children into the boarding school system, and even Henry Dawes—the architect of allotment—likened the agency system to “modes of imperial government carried on by espionage and imperial power.”

Tribes without republics were subjected to the semiautocratic whims of reservation agents.

Native nations also served an important role in the two world wars that have defined our current world order. The Haudenosaunee Confederacy, which boasts a long history of democratic systems, made its own declarations of war against the Central and Axis powers in 1918 and 1942, respectively. Native men and women still restricted by federal Indian policy enlisted in both global conflicts in astonishing numbers. Many of them, including my grandfather, explicitly interpreted their roleas one tied to the higher ideals of “freedom.” Native nations fought imperialism for generations; that surely mattered when they confronted fascism abroad.

Historians have already mapped connections between indigeneity, imperialism, and democracy —Maurice Crandall and Cathleen Cahill are just two examples that come to mind. But the rest of us need to incorporate their findings into the broader story of global democracy, as today’s Native nations were early pioneers of the system and still support it. There is a reason why Native nations have expressed their support for Ukraine, and it has as much to do with US imperialism as it does with US democracy.

Signs of how the democratic slide will impact Indian country have already emerged. When an illiberal populist in this country makes tribal sovereignty his main target, autocrats hoping to exploit Native American history for their own benefit will be satisfied, and frustrated Native activists will understandably get cynical, falling prey to Russian propaganda. On the other hand, every time a Native nation showcases the power of democracy despite American imperialism, or offers other forms of support to countries like Ukraine, we weaken that narrative and genuinely benefit the free world in a way that only Indigenous peoples can.