Sovereignty Is Not So Fragile

McGirt v. Oklahoma and the Failure of Denationalization

In 2020, the US Supreme Court ruled in McGirt v. Oklahoma that half of Oklahoma has always been reservation land. Although tribal leaders insisted the decision came as expected, many voices in Indian law expressed their surprise. After all, between 1907 and 2020 the state of Oklahoma policed its eastern half without regard for tribal lands or the treaties demarcating them. Pointing to this, Chief Justice John Roberts seethed in a dissent signed by three of his colleagues that the Five Nations had long since been terminated and that “a huge portion of Oklahoma [was] not a Creek[, Cherokee, Chickasaw, Choctaw, or Seminole] Indian reservation.” 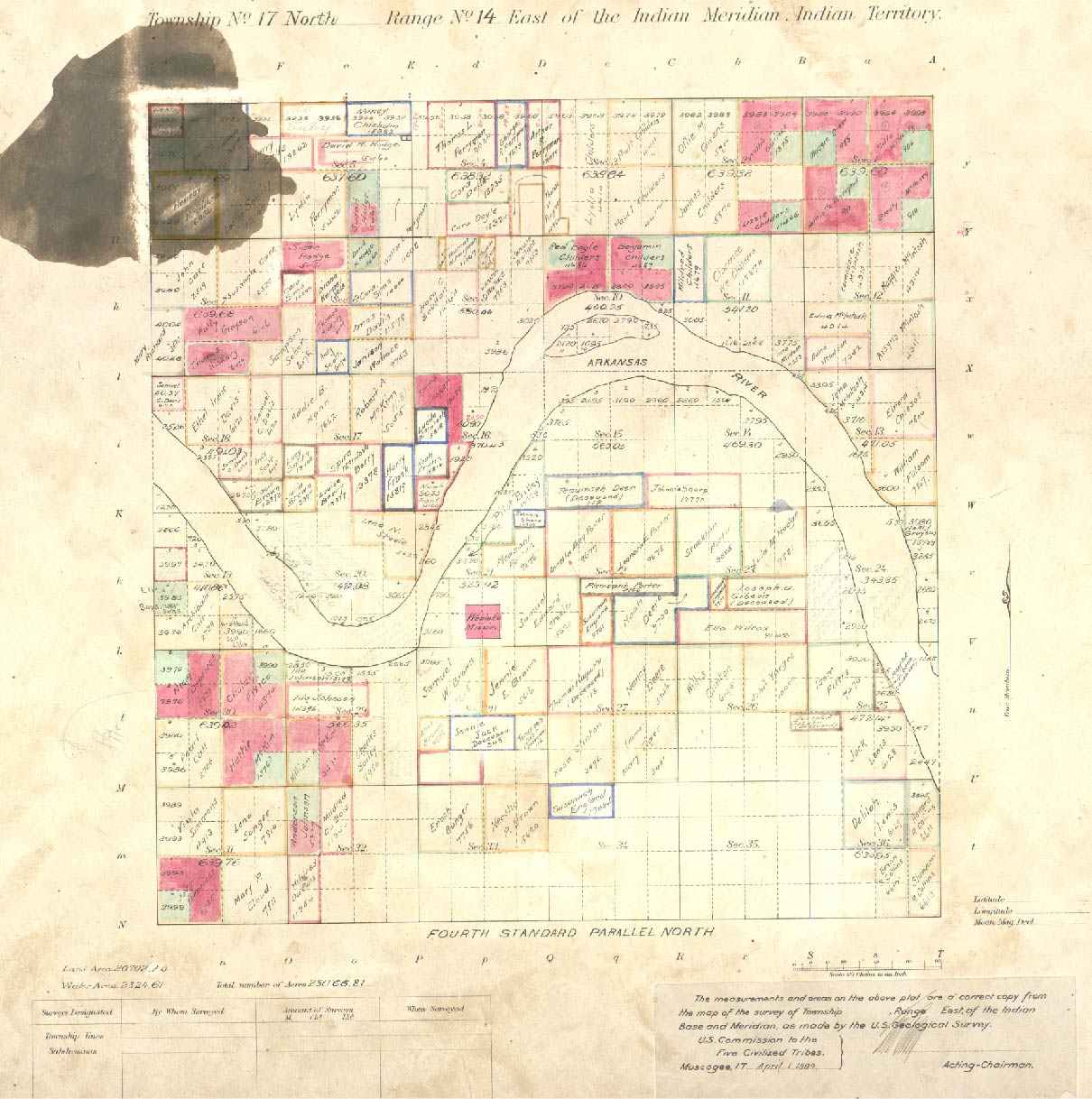 As this map shows, allotment pushed tribal citizens to own land individually instead of as a collective, “terminating” their sovereign rights. National Archives and Records Administration/ 1767245. Public domain.

The majority, however, found that the words of treaties outweighed poorly executed policy. A century of wrong, a century of Oklahoma illegally policing Indians, could not invalidate law. As Justice Neil Gorsuch wrote in the opinion, “legislators might seek to pass laws that tiptoe to the edge of disestablishment and hope that judges . . . will deliver the final push. But wishes don’t make for laws . . . If Congress wishes to break the promise of a reservation, it must say so.”

From a historical perspective, this “reversal” was spectacular. Denationalization, the process of legislating Indigenous republics out of existence, began in the mid-1890s and was mostly finished by 1907. This effort coincided with the growth of American imperialism abroad, as the United States exploited the Spanish-American War to take far-flung territories under its rule. But by McGirt’s ruling, the same Congress which was defined by its imperialism overseas, its unprecedented levels of spending, and its open disdain for tribal governments had never succeeded in disestablishing these nations. The Dawes Commission—tasked with wiping semi-independent Native nations off the map—had apparently failed.

The surprise Americans felt to McGirt is part of a long tradition in this country: that is, wildly underestimating the durability of Native sovereignty. Confident but incorrect predictions of Native sovereignty’s demise bounced around the 19th-century American West. In 1871, the editor of the Fort Smith New Era, Valentine Dell, came under fire from Cherokee nationalists for advising his Indian neighbors to “prepare, like wise men, for the event as inevitable as tomorrow’s sun of seeing their territory opened to white immigration.” Dell was one of countless Americans making predictions like this, but there is a useful irony here: he wrote this 36 years before Oklahoma statehood. He died in 1885, as Congress was prepping a General Allotment Act which specifically excluded the Five Nations from any of its sweeping powers. “Tomorrow’s sun” took ages to rise, and Dell stayed forever in the dark.

The Dawes Commission—tasked with wiping semi-independent Native nations off the map—had apparently failed.

There were members of Congress in that era who worried that Native sovereignty was more durable than they had hoped. Eight years after Congress withdrew every tribe’s power to make treaties, some senators worried the maneuver had been purely symbolic. Senator John T. Morgan of Alabama complained, “If [we are making] an agreement between two governments . . . we [do it] under our own capacity as a treaty-making power. Merely because we have declared in a statute that hereafter the Indian tribes shall have no capacity to make treaties does not prevent us, it seems . . . from engaging in treaty-making.”

New treaties were still being signed. The 1871 amendment had not affected any of the material concessions of these “agreements,” and even as other senators insisted that the banning of treaties had been won, they too would slip into discussing “treaties” only moments later. Gorsuch wrote “wishes don’t make for laws,” but in this case even laws didn’t make for reality.

It is appropriate then that there were also senators who almost predicted that allotment would fail to destroy Native sovereignty. Humanitarian voices in Congress were strong enough that General Allotment would have never passed without federal protections for allottees. The most anti-sovereignty members of Congress, very logically, wondered how the United States could enforce these protections if the “tribal relation” was dissolved. When scraps broke out in 1880, pro-allotment legislators tried out befuddling explanations which today shed light on how we got to McGirt:

Mr. Allison: “But [the tribal relation] is not dissolved.”

Mr. Teller: “It is dissolved. That is the legal effect, there is no doubt.”

Mr. Coke: “I think [after allotment] the tribal relation in all essential particulars is broken; but there is enough left of that relation to retain over the Indian the jurisdiction of the Federal government…”

If that final suggestion sounds useless, it’s because it was. The debate spiraled on as if Richard Coke’s “let’s have it both ways” approach was never suggested. Eventually nothing better was proposed. Allotment was never termination and “there [was] enough left of that relation” to get us where we are today.

This to my mind is the most inspiring aspect of McGirt: even tribal citizens do not need to believe in their own sovereignty for it to continue living on. At the turn of the 20th century, the Five Nations were wracked by internal disputes. Eventually, with some pushing from the United States, the factions that saw allotment treaties as inevitable tried to get the best deal they possibly could. Their elected chiefs prepared for denationalization and told everyone to accept the passing of the government. In short, Native nations accepted what was in fact untrue: that their reservations were slated to die. A century later, McGirt ruled that even then, when a nation accepted defeat, sovereignty could live anyway, even if “unbeknownst to anyone.” It was a silent sleight of hand demonstrating that after hundreds of years of colonialism, Americans have yet to fully understand Native sovereignty.

Even tribal citizens do not need to believe in their own sovereignty for it to continue living on.

There’s another group who will contend with McGirt for years to come: historians, specifically Native Americanists. In our discipline, we accepted “termination” even though there is no trace of it in the historical record. In the most cited works of my field, one will find talented historians writing that these nations experienced termination, that they “have no land base” and therefore “they lack sovereignty.” Gorsuch did not invent the fact that these scholars were wrong, and it was arguably the task of the historian, and not his law clerks, to discover this error. We historians underestimated sovereignty, and there were material consequences for that.

But while Native sovereignty is durable, it is not invincible. This year, a new bench took on a follow up case in Oklahoma v. Castro-Huerta, and this time Gorsuch was in the minority as his colleagues handed US states new powers over tribal lands. With an immodest conservative majority, other treaty rights will likely be challenged next. On the one hand, we should do all we can to protect Native rights to self-government. On the other, we can take some comfort in the fact that Native sovereignty is not so fragile after all.