From the Editor , Perspectives Daily

This is the first in a series of three summer essays. This piece introduces neomedievalism, an analytical concept recently advanced in medieval studies; the next will explore neomedievalism’s broader relevance to how historians and nonhistorians talk about history in the public sphere; the last will make some suggestions as to how all this might influence how historians approach writing history.

The dean asks the professor of Old English how her curriculum can respond to the fact that soon less than half the college students on the West Coast will claim English as their native language. Can Old English rely any longer on the implicit national and imperial argument of “our mother tongue” to justify its claims on the curriculum of the 21st century?

The professor replies that the study of Old English is useful.

(Kathleen Biddick, The Shock of Medievalism)

History is a social construct. It exists only because humans made it exist, because it is useful to humans for it to exist. Alongside the various disciplines grouped under the broad label of the humanities, history was created and developed in response to cultural needs and social conventions. And so, just like everything else humans create, history and the humanities have value only insofar as we think they do. It is not enough to merely say that history, or Old English, or the humanities, or whatever else, is useful. They must be made useful.

Utility, of course, is a relative concept, and historians of all stripes have attempted to engage with the population at large. A few, like Kathleen Biddick’s professor of Old English who shunned her dean’s helping hand, have refused the issue with platitudes about knowledge for the sake of knowledge. Others, like the exasperated dean, have tried to reach a broader audience by explaining why academic history is already useful to them. Despite academics publishing books with popular presses, writing op-eds, producing acclaimed documentaries and podcasts, and doing tireless advocacy work, many people, ranging from politicians to students, still question the utility and relevance of historical study in a digital, technological age. Undergraduate enrollments are down, tenure lines go unrenewed, entire departments disappear. And it has become increasingly obvious that these approaches by academics cannot substantively engage the abuse of history, the stories that answer to identity-driven nostalgia rather than historical fact.

Many people still question the utility and relevance of historical study in a digital, technological age.

It was not always thus. This is not to say that history used to be free from the kinds of uses that are now derided as identity politics; there was never a time where historical fact was not subordinated to contemporary identity. But how history is used and how its abuse is received has changed over the course of the 20th century. 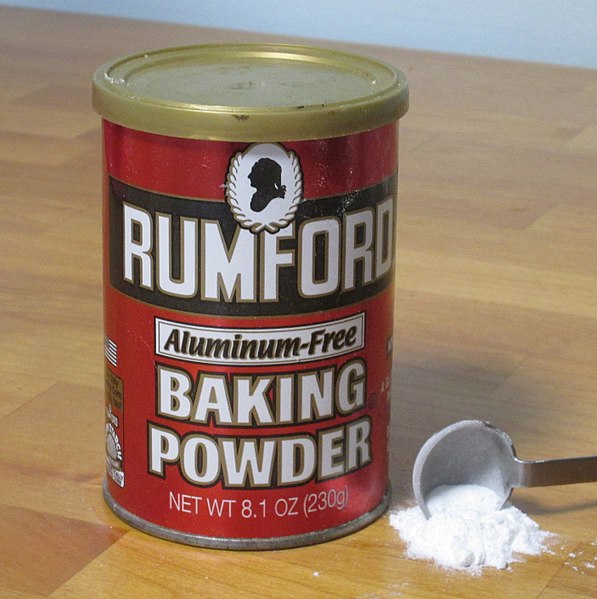 Eben Horsford, the inventor of Rumford Baking Powder, adhered to an understanding of history that today's historians must still grapple with. Lou Sander/Wikimedia Commons/CC BY-SA 3.0

Take, as an example, how scientist Eben Norton Horsford (d. 1893) used history. Holding the enviable title of Rumford Professor and Lecturer on the Application of Science to the Useful Arts (alas, now sadly truncated to the much less amusing Rumford Chair of Physics) at Harvard University, Horsford made a fortune by replacing cream of tartar with calcium biphosphate in baking powder—a concoction he then sold as Rumford Baking Powder. Horsford chose to spend that fortune on something that had little to do with cooking, physics, or the Useful Arts: proving that Leif Erikson had discovered and colonized Massachusetts Bay as part of Horsford’s deeply racialized belief in an Anglo-Saxon identity.

Horsford built the reality he wanted out of stone on the banks of the Charles River in the form of a 12-meter tall “Viking” tower, an act that received mixed reviews from other scholars and stoked popular interest. Though this act may seem like irrational folly today, to Horsford, this was the erection of a real, medieval history for the United States. Among his contemporaries, the belief that this was possible was ubiquitous, as evidenced by other modern-medieval forgeries. The Kensington Runestone, a purported Norse artifact, was fabricated in 1898 in the middle of a wave of Gothic Revival architecture that swept university campuses. The cathedral of St. John the Divine (or as one wit termed it, St. John the Unfinished) in New York City, begun in 1892, even has a medieval history: it has nearly burned down several times, it is the fusion of three different architectural styles, and it still remains under construction after 128 years. This sense that one could still build history was present in the United Kingdom as well, where custodians and curators would rip out original medieval fabrics, replace them with contemporary reproductions, and consider the result a restoration and improvement.

The late 19th-century Anglophone world saw itself in continuity with history. Such uses are now reinterpreted as abuses. The causes of this seismic shift are manifold; among other things, two world wars will do that to a society. And the rupture was both felt and understood by many of those who lived through it. As C. S. Lewis said in his inaugural lecture as the chair of medieval and Renaissance literature at Cambridge University in 1954, “if one were looking for a man who could not read Virgil, though his father could, he might be found more easily in the 20th century than the fifth.” When the caretakers of York cathedral sought to repair its war-damaged roof, only genuine medieval lead from the ruined monastery of Rievaulx would serve. The past was no longer present.

This nostalgic construction of a past that never was, severed from historical fact by conscious irony and anachronism, is now ubiquitous.

But was it really? It was (and is!) certainly so within the increasingly professionalized study and practice of history, but elsewhere, past and present remain intermeshed. Recently, medievalists have noticed that many participants in fictional worlds—whether in text, film, computer games, or other medium—often understand their relationship to history as Horsford did. They consider the fictive frame to be in the continuation of real history, and, as such, it must be obedient to what they believe to be historical rules. Thus, fans of the Witcher franchise, engaged in the hunt for mythical monsters in alt-medieval Poland, have objected to the presence of Black actors in the Netflix series on grounds of anachronism. Black skin, they wrongly believe, did not exist in real medieval Poland, so it cannot exist in a version of medieval Poland that also contains dragons. Similarly, a small but vocal group of critics objected to Marvel casting Idris Elba as the Norse god Heimdall in the Thor movies, since Heimdall is described as the “whitest of the gods” (a poor translation) in some medieval texts. For these fans, Marvel’s version of Heimdall, a myth constructed out of a myth, must still obey what they believe to be history.

This nostalgic construction of a past that never was, severed from historical fact by conscious irony and anachronism, is now ubiquitous in the modern memory of the middle ages. Medievalists have taken to calling this phenomenon “neomedievalism” or, recognizing its popularity among adherents to regressive political ideologies, even “dirtbag medievalism.” But it is hardly unique to the study of the middle ages. As we will see, you can find dirtbag historicism anywhere.

Leland Renato Grigoli is editor of Perspectives on History. He tweets @mapper_mundi.