Can Plants Help Us to Understand COVID-19?

The Case of Panama Disease in Colonial Jamaica

“It was so beautiful to see the banana,” recounted Miss Lonie, a dressmaker and owner of two acres of land in Clarendon, Jamaica. “But we have a disease named Panama Disease which come in the area for some period. Oh my. And it kill out all the bananas. . . . So we turn it into cane fields, you see.” 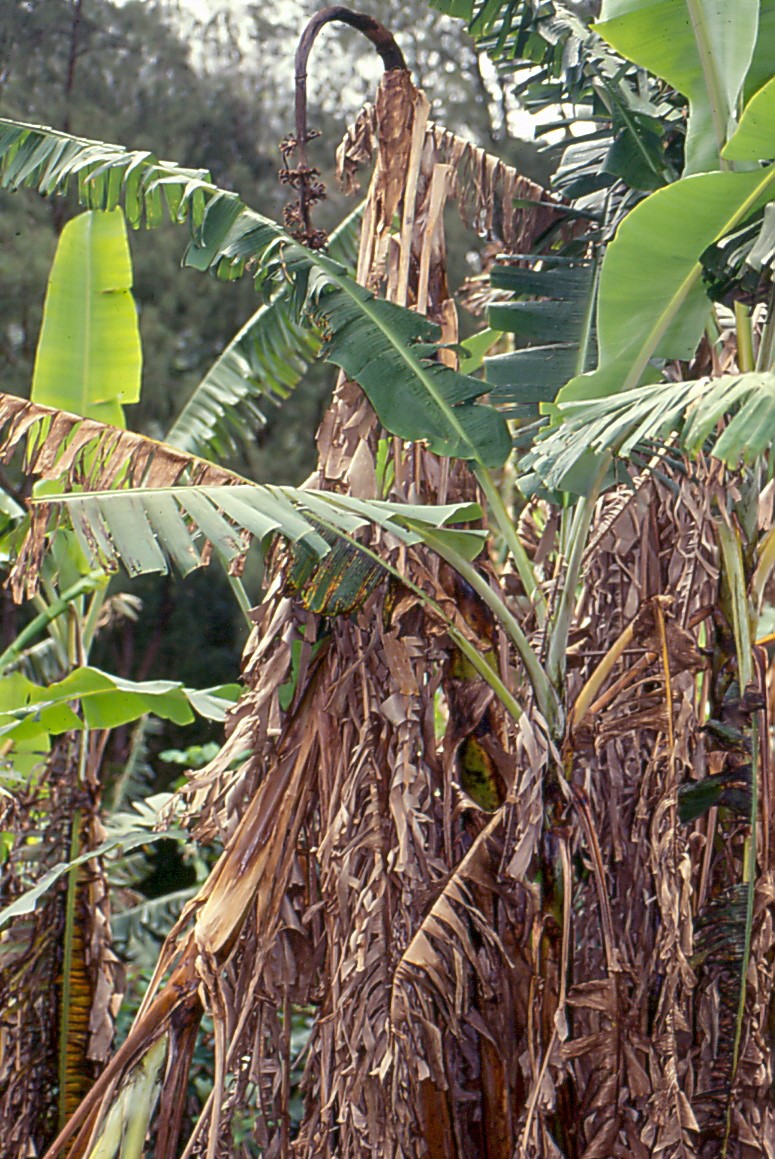 Panama Disease is a wilting disease impacting bananas that is caused by a soil-borne fungal pathogen. Scot Nelson, public domain

This Afro-Jamaican smallholder’s encounter with the banana-killing fungus known as Panama Disease in the 1920s is just one instance of human struggle and adaptation in the face of a pathogen that threatened to upend a community and an economy. The case of Panama Disease in colonial-era Jamaica offers historians the opportunity to study past practices of disease control and the political fights that accompanied these efforts. Today’s scientific researchers and public health professionals battling COVID-19 may benefit from looking back at an example of plant disease control, as many of the same mistakes and oversights that we see in human disease control today were made in the early 20th-century fight against Panama Disease. An increasingly globalized world makes future pandemics likely, so it is essential that scholars explore all possible methods for understanding, confronting, and controlling disease. And as the historical case of Panama Disease in Jamaica shows, this need not be limited solely to human diseases or contemporary outbreaks.

Panama Disease is a wilting disease caused by a soil-borne fungal pathogen that resulted in the near extinction of the world’s first commercial banana variety, the Gros Michel. The fungus enters a banana plant through the roots, making its way up to the stem and eventually to the leaf base. Once infected, the plant’s leaves become discolored, wilt, and collapse downward. Within one to two months of the first signs of infection, the visible parts of the plant are killed. Even after the plant dies, the pathogen remains in the nearby soil, able to infect any new banana seedlings, even decades later. Once a plant and the surrounding soil become infected with Panama Disease, there is no known cure. Over a 40-year period (1910–50), the spread of Panama Disease was a primary factor in turning Jamaica from the world’s leading banana exporter to an afterthought in the global trade. It also caused the global banana industry to shift away from the Gros Michel to today’s ubiquitous Cavendish and Lacatan bananas.

Panama Disease management requires a focus on the vector of infection, not the host plant. Jamaican officials initially viewed the epidemic as a plant problem, with serious consequences for the country’s banana industry. Director of Agriculture H. H. Cousins focused exclusively on managing infected plants through a quarantine system starting in 1912, ordering inspectors to destroy the 100 banana plants surrounding one infection. He ignored other pathways the disease took, such as rail lines and rivers. This exclusive focus on infected plants meant that the Department of Agriculture was playing a game of catch-up that it would never win.

Panama Disease offers historians the opportunity to study past practices of disease control and the political fights that accompanied these efforts.

Just as travel and an interconnected world accelerated the spread of COVID-19, human activity and mobility accelerated the spread of Panama Disease in the Caribbean at the turn of the 20th century. The region was a center of constant migration and movement, the perfect setting for a pathogen’s spread. In Jamaica, two of the largest drivers of human movement were the construction of the Panama Canal and employment opportunities on Central American banana plantations, both of which took workers into areas where Panama Disease was already present. Upon returning to Jamaica, these workers unknowingly carried the fungus on their clothes, boots, and cutlasses. The first known case of Panama Disease in Jamaica is believed to have been carried by a Jamaican man working on a Costa Rican banana plantation who returned to the island in 1909. Director Cousins rejected the theory that humans spread Panama Disease until the 1920s, believing instead that the fungus was part of all tropical soil and did not travel from location to location. By the time he admitted that the fungus could travel along with humans, the disease had established proverbial roots in every major banana-growing region on the island.

This history demonstrates the danger of overconfidence when it comes to disease control. Like some politicians in 2020, Cousins and his fellow officials continually downplayed the threat of Panama Disease, arguing that Jamaica was better suited than any other country to ward off the disease due to its exceptional climate. Cousins went so far as to say that it was in Jamaica’s best interest not to find a cure, because the severe effects of the disease in other countries meant Jamaica kept its place at the world’s leading banana exporter. He took the low number of cases in the initial years as proof supporting his belief. As a result of this overconfidence, the Department of Agriculture did not provide resources necessary to combat and investigate the disease and was unequipped to handle the spike in cases when it came in the 1920s.

The case of Panama Disease shows the dangers of complacency following pandemics.

Finally, the case of Panama Disease shows the dangers of complacency following pandemics, when variants can emerge that once more make a disease a global threat. Public health researchers today are studying COVID variants to prevent massive spikes in infection. Likewise, the banana industry monitors the evolution of Panama Disease to protect its product. Today, Cavendish bananas are almost exclusively the variety grown and consumed commercially. Yet, despite previous immunity, the fungus behind Panama Disease now has evolved to infect the Cavendish banana. The first cases in Latin America, the world’s primary banana-producing region, were discovered in 2019. There is still no known cure for the disease and the asexual nature of bananas means that every commercial banana is a clone of one another, so the possibility exists for Panama Disease to once more threaten the global banana industry. To buy time to either find a cure or engineer a new immune, commercially viable variety, the lessons from past encounters with Panama Disease must be taken to heart. Taking a historical perspective on Panama Disease allows disease experts to see the full trajectory of the fungus’s spread and impact on the first commercial banana variety and shows the factors that hindered mitigation the first time around. Ignoring these historical lessons risks the disappearance of a global staple.