A Glimpse Behind the Curtain

Pedagogical Thinking with Podcasting and Narrative

“I made up most of that,” the narrator confessed, after four pages of riveting prose. After some silence, as we all completed the in-class reading assignment, the classroom erupted. Some students expressed surprise, shock, even anger at the thought of being deceived. Some, like me, were enthralled. 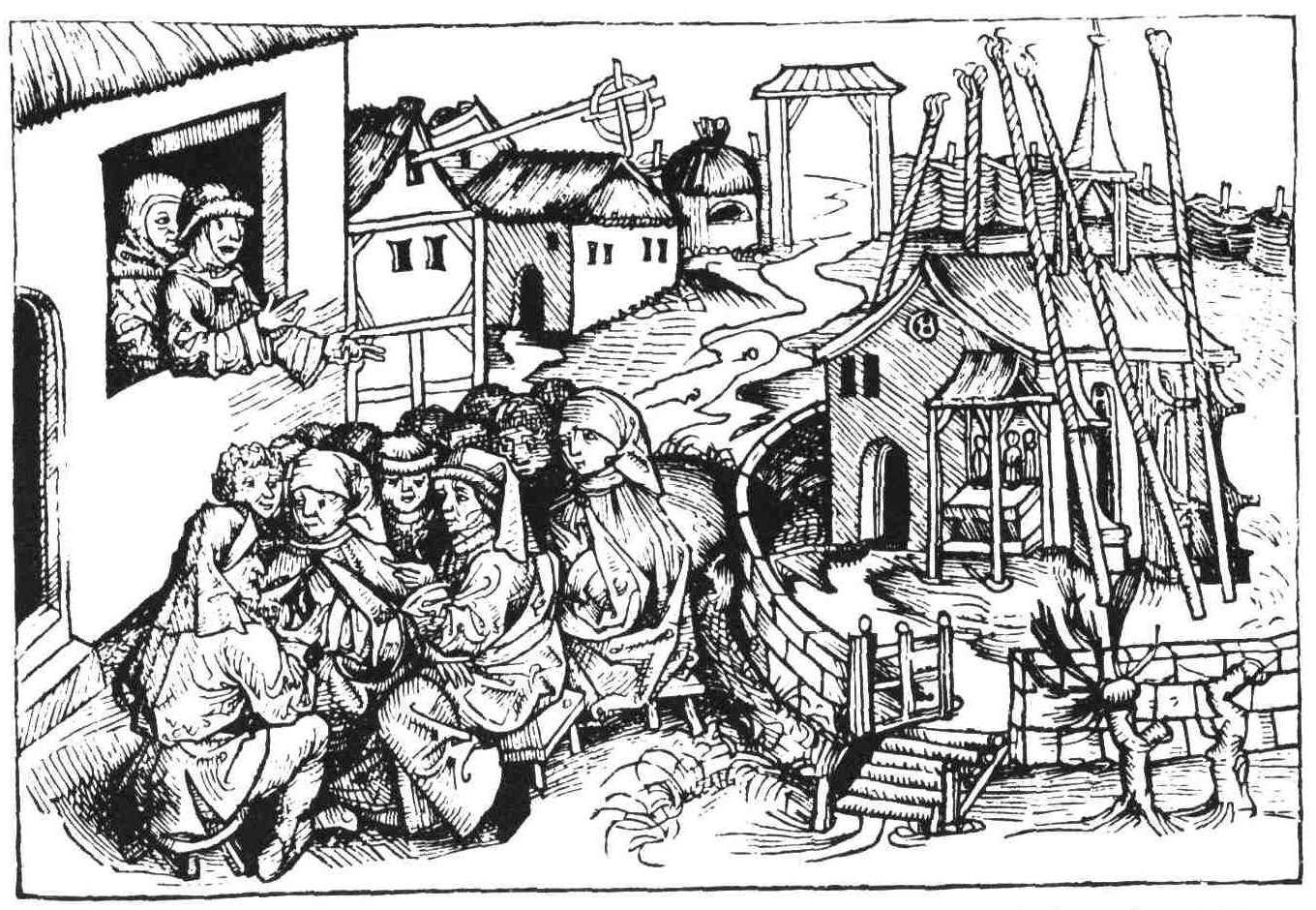 This first encounter with narrative storytelling in a history course happened to me as an undergraduate in an early modern religion class. We read Richard Wunderli’s Peasant Fires, a book about a shepherd named Hans Behem on the eve of the Protestant Reformations in late 15th-century Germany. Wunderli begins with a provocative, vivid scene: a vision of the Virgin Mary, who appeared on a cold hillside to speak with Hans, offering her divine guidance and support. Clutching his sheepskin coat tightly, Hans listened to the Virgin’s orders that he revolt against the priests and clergy, her call for revolution and maybe even blood.

It was an immersive story, followed by Wunderli’s startling confession that it was (at least, “mostly”) fiction.

Wunderli had offered a glimpse behind the curtain. The Virgin’s appearance and the story of the miraculous encounter, when considered seriously, created a gateway to understanding one of the many religious and social transformations occurring across Europe in the 15th and 16th centuries. Reading this book, I paused for the first time to consider the many methods historians could employ to present evidence gathered in the archives: formal, academic analysis; charts, tables, and graphs; close, comparative readings of key texts; and, critically, narrative storytelling. Wunderli spun an informed amalgamation, basing his narrative on a variety of evidence. The content of Hans’s experience is plausible, from the clothing he wore to the temperature of the windswept hill. Yet Wunderli’s delivery, packaged as a story, immersed the reader in not just the content of Hans’s miraculous vision, but in his surrounding world.

The medium of the podcast offers special possibilities.

Narrative storytelling is a powerful and strategic way of communicating. As Wunderli demonstrates, it can be very effective in writing, but my initial encounter with Peasant Fires also highlights narrative’s unique potential in the classroom.

In some ways, lectures have many of the same characteristics as narratives. Effective lectures have an arc, with an introduction, body, and conclusion or “takeaway.” They introduce pertinent historical actors to students, situating them within a desired historical context. And lectures often center on a theme or chronology, a structural “anchor” that tethers the many threads of dates, people, events, and places to make them recognizable to a student otherwise unfamiliar with the details.

But I want to take the idea of thinking and teaching with narrative further. Here, the medium of the podcast offers special possibilities. As I embarked on my work hosting and producing Reverb Effect, I was reminded of Hans Behem and his vision on the German hillside. I thought about the immersive potential of his story, the animated discussion it caused in the classroom, and what might be added or removed if I were to translate it into a podcast episode.

Alongside texts and lectures, podcasts offer an innovative pedagogical tool, capable of collapsing space and time in a way that reading, writing, and even attending a lecture cannot. Consider, for example, the many temporalities of a historical podcast. An episode might discuss or even recreate an event that happened in 1665 from the perspective of a historian writing in 2015, narrated by a host in 2020, listened to by a student in 2021. Sound effects, voice actors, and auditory clips can place the past immediately in the present, in a variety of “presents” unique to each audience.

I also began to think of the pedagogical potential of podcasting, especially related to the ways in which podcasts tell stories. Listening to and creating their own podcasts not only allow students to access information differently, they also encourage students to consider creative methods of communicating history. After all, podcasts are communicative performances, performances that have the potential to animate layered stories worth telling and pondering. Asking students to analyze an existing historical podcast, using the same tools they do for textual secondary sources, is just one possibility. Asking them to consider how they might capture and communicate a historical story in their own podcast is another. Even simple “thought experiments,” challenging students to think about what narrative elements might appear in a historical podcast about a topic or set of sources empowers them to access the past, weigh contextualizing options, and communicate to others in the present. For example, students could write a 500-word “pitch” for a podcast episode based on a primary source reading and class discussion, considering which sound effects might set the scene, which historical actors might be cast as “characters” to feature excerpts from the source, and what context listeners might need to best understand the significance of the story.

Like teaching with narrative, teaching with podcasting gives students a glimpse behind the curtain. It encourages them to become historical thinkers, capable of crafting their own narratives about the past based on source material and historical context. Moreover, the medium of the podcast itself fosters the development of important skills, not least the succinct and appealing communication of an argument and story, interview methods, project management, and professional collaborations with others, from voice actors to production teams.

Producing a full-fledged podcast episode requires more than imagination. The technical skill, resources, and time necessary to produce an episode might not be a realistic assignment for every course. Yet I want to suggest instead that teaching with podcasting encapsulates possibilities beyond a headset and microphone. Considering what a storytelling assignment based on podcasting might bring to existing or new syllabi—whether it means making a podcast episode the final group project for the course or simply creating some space for students to “think with podcasting” while considering the historical subject—brings a wealth of possibilities for critical engagement and for thinking more broadly about how we teach and communicate about the past to others.

Hayley R. Bowman is a history PhD candidate at the University of Michigan. Her dissertation explores the early modern Spanish world through the eyes of Sor María de Jesús de Ágreda. In 2020-21, Hayley hosted her department’s podcast, Reverb Effect. She tweets @hayleyrbowman.