Paul Peucker is archivist/director at the Moravian Archives. He lives in Bethlehem, Pennsylvania, and has been a member since 2008. 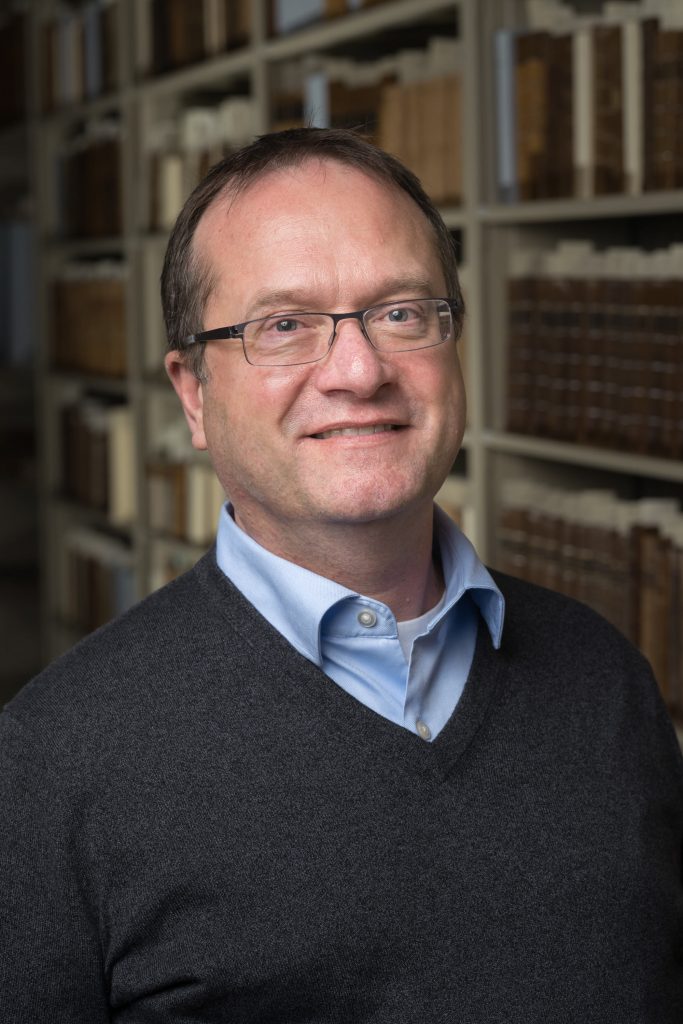 Describe your career path. What led you to where you are today? While fulfilling the requirement for military service in the Netherlands, I was placed at the Institute of Military History in the Hague. That is where I discovered how rewarding it can be to work at a historical service institution. I then trained to become an archivist and first worked for an ecumenical broadcaster in the Netherlands. My next job was director at a church archive in the former East Germany. This was only a few years after the fall of the Berlin Wall and it was fascinating to see that part of Germany (including the archive where I worked) change and open up. As a young archivist I was able to oversee the construction of a new repository building. In 2004 I took a position for a similar church archive in Pennsylvania.

What do you like the most about where you live and work? Bethlehem is a small town with many historical structures and a lot of cultural offerings. It is also close to Philadelphia and New York City.

What projects are you currently working on? We just purchased a large-format book and manuscript scanner so we are starting to systematically digitize our holdings. Personally, I am working on the early history of a small religious community in Germany that separated from the Lutheran church in the 1720s and became the worldwide church that I work for.

What’s the most fascinating thing you’ve ever found at the archives or while doing research?When someone on my staff showed me a small, handwritten book that she found in the collection she was cataloging, I realized it contained hymns from the 1740s. These hymns were only known from polemical writings and scholars had assumed they had been made up by the authors of these works. The existence of this manuscript hymn book proved that the hymns originated from within the church. After spending weeks to transcribe the minuscule handwriting, I was able to understand the full value of the discovery. These hymns became the foundation for my research on a critical period around 1750, a period that church leaders had tried to erase by destroying most of the relevant textual evidence.

Is there an article, book, movie, blog etc. that you could recommend to fellow AHA members?I love the History of English Podcast by Kevin Stroud. For someone with an intimate knowledge of other Germanic languages like German and Dutch, it is fascinating to see how our languages are related and have evolved.

What do you value most about the history discipline? The historical profession is not only an endless discovery of fascinating stories and connections, it also brings people together. As an archivist, I provide a service to people who come here with questions. I learn from researchers and lecturers, and enjoy the company of the large number of volunteers who work on projects or come to attend our programs.

Why is membership in the AHA important to you? It is important to be a part of the largest professional organization for historians in the country. I enjoy attending the annual meetings and reading the publications.