Since the publication in early July of Go Set a Watchman (you can read the first chapter here), many of Harper Lee’s reviewers (negative and positive alike) have focused on the character Atticus Finch. As the small-town-lawyer hero of Lee’s first book, To Kill a Mockingbird (1960), which takes place in mid-1930s Alabama, Atticus possesses an unflappable, dignified bearing that allows him to provide a worthy if ultimately fruitless defense for an African American man accused of raping a white woman. In Go Set a Watchman, set in the 1950s, Atticus’s daughter is shocked to discover his politics: he’s on the board of directors of the White Citizens Council and owns a pamphlet on scientific racism, The Black Plague. The dismay of many fans of To Kill a Mockingbird was palpable. How could Harper Lee dismantle the legacy of Atticus Finch? 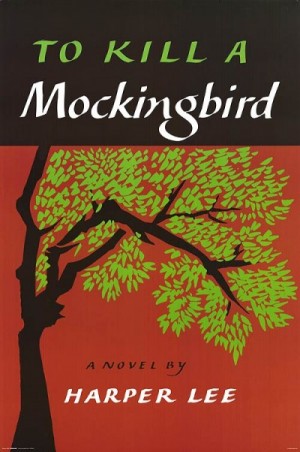 To Kill a Mockingbird isn’t “timeless”—it’s a relic of Cold War liberalism.

As beloved as it may be, To Kill a Mockingbird itself has never been free of controversy. There is no doubt a kind of mystique emanating from its evergreen status as a book that some local school boards seek to ban. According to the American Library Association, this has often been due to the book’s frank presentation of rape and incest, as well as its use of profanity. But the forces behind censorship haven’t always been conservative; some teachers and parents have objected to the book’s portrayal of the South’s black citizens as kind-hearted, simple, and passive, not to mention Lee’s historically accurate but seemingly casual use of derogatory language. Literary critics have said as much, too. To Kill a Mockingbird is about white people, it uplifts white people, it makes middle-class white people feel better about racism by projecting it onto “common” white southerners.

But these arguments suggest a superior way of analyzing To Kill a Mockingbird—as a primary source, not a “timeless” depiction of the South, coming of age, or the virtues of tolerance. As much as it is an allegory of the Civil Rights Movement of the 1950s, it is also “about” the Cold War.

In a 2012 essay in Southern Cultures, Stephen J. Whitfield analyzes the book in the context of postwar reckoning with the Holocaust: “The popularity of To Kill a Mockingbird suggests that, by the early 1960s, the realization was dawning that if the ideology of the Third Reich was wrong, then racial discrimination—especially in the South—was wrong as well.” Whitfield homes in on a little-noticed chapter in which Scout’s teacher presents a current events lesson about the Nazis (who would have been promulgating the Nuremburg Laws at about the time the events of the book take place). “‘We are a democracy and Germany is a dictatorship,’” Miss Gates tells the class. “‘Over here we don’t believe in persecuting anybody. Persecution comes from people who are prejudiced. Prejudice,’ she enunciated carefully. ‘There are no better people in the world than the Jews, and why Hitler doesn’t think so is a mystery to me.’” The chapter is awkward indeed, but it is there for a reason: to point toward the book’s larger lesson.

By the time I read it, in about 1984, To Kill a Mockingbird was part of a well-worn curriculum designed to impart the lessons of Cold War liberalism. As my teachers, mostly white baby boomers, handed it down to me, the major concern of liberalism was resistance to totalitarianism, and only secondarily racism. (This was hardly the case for all liberals, I should stress, including those who were African American.) Devoted to instilling in students fierce commitment to protecting civil liberties and promoting civil rights in the midst of the Reagan era, they articulated the major threat to democracy not as Communism (thankfully) but as totalitarianism. Totalitarians were adept at mobilizing racism and anti-Semitism into mass movements of conformists. Thus, denouncing prejudice was accomplished in service of democracy, not as an end in itself.

This is how I made sense of To Kill a Mockingbird: as a parable of democracy, not anti-racism. As Atticus puts it, “The one place where a man ought to get a square deal is in a courtroom, be he any color of the rainbow[.]” As children of the Cold War knew with intense certainty, this was impossible in the Soviet Union and Nazi Germany. Following Arthur M. Schlesinger Jr., my teachers convinced me that liberals were the Vital Center, holding the line against tyranny from the right and left alike.

Totalitarianism lurked everywhere, bequeathing schoolchildren a syllabus replete with pleasurable misreadings. Anne Frank stood up to totalitarianism. Piggy (of Lord of the Flies) was the sacrificial lamb of totalitarianism. The Crucible showed that totalitarianism repeats itself. Guy Montag (the fireman who sets fires in Fahrenheit 451) became a crusader against totalitarian book burning.

Like these works, To Kill a Mockingbird needs the Cold War to help it make sense. Today’s middle schoolers have no memory of that context, of course, but it may be possible to use the book to teach undergraduates about what Mary L. Dudziak called “Cold War civil rights”: the bitter truth that it was impossible to stake a claim to leading the “free world” while millions of African Americans lived as second-class citizens.

To Kill a Mockingbird’s race politics are utterly unworthy of reverence. But the novel does claim a place as a work of historic importance, as part of an extensive, now antique canon designed to arm youth for the fight against totalitarianism. Harper Lee didn’t betray her readers by revealing Atticus Finch as a racist; she showed that we are all vulnerable to antidemocratic forces and dark inner urges to conform—a cliché I once invested with world-historical gravity. To Kill a Mockingbird is not a novel of 2015, and neither is Go Set a Watchman. They belong to another time, another logic entirely.