Freedom of Religion in the Contemporary Middle East: Unsatisfactory Answers to the Wrong Questions

The persecution of non-Muslim and Shi'i Muslim inhabitants of Iraq and Syria at the hands of ISIS has dominated both popular and scholarly discourse on the modern Middle East for the better part of the past year. That persecution has taken the form of killing, destruction of architecture and historical artifacts, economic exploitation, expulsion, and horrifying sexual violence. In spite of the fact that the vast majority of the victims of violence in Iraq and Syria—including the Sunnī and Shi'i inhabitants who are forced to reside in ISIS-controlled areas—are fellow Muslims, that group’s ideology is often framed, among other things, as an example of a long-standing and historically rooted Muslim intolerance toward the freedom of religion. As discussed below, that framing is often done at the hands of non-Muslim observers and militant groups alike; each have their own reasons for invoking historical precedents. Militants invoke the early Islamic period, including the life of Muḥammad and the early caliphs, in order to assert that their actions are authentically Islamic even as they depart from Islamic precedents, as non-state actors and especially in their use of the technologies of modern war. Non-Muslim observers, on the other hand, often seek and occasionally misconstrue medieval explanations for the violent behavior of modern militant Islamists.

To give one example, on a public radio broadcast a terrorism specialist responding to a question from the program’s host described ISIS’s agenda as “a plan for a global caliphate, hearkening back to the seventh-century caliphate with its capital in Mecca.” Any historian of Islamic history would have noticed the inaccuracies in this positing of seventh-century history. There never was a capital or caliphate based in Mecca (with the exception of short-lived rebellion), the city of Muḥammad’s birth and early career as a prophet. Rather, he and a very few of his successors held political power from his adopted city, Medina. Thereafter, the nominal capital of the empire moved to Damascus, then Baghdad. Further, the concept of a “global” caliphate is a foreign one, even for the period of expanding Islamic empire, when medieval Muslims explicitly framed the world as consisting of regions that were either non-Muslim or Muslim. Historians can shed light on these anachronistic assertions, which are rampant in public discourse in and on the contemporary Middle East, rendering them both less powerful when manipulated by Islamists who claim to have history on their side, and less damaging when garbled by commentators and policy makers who claim to have useful historical insight into modern phenomena. 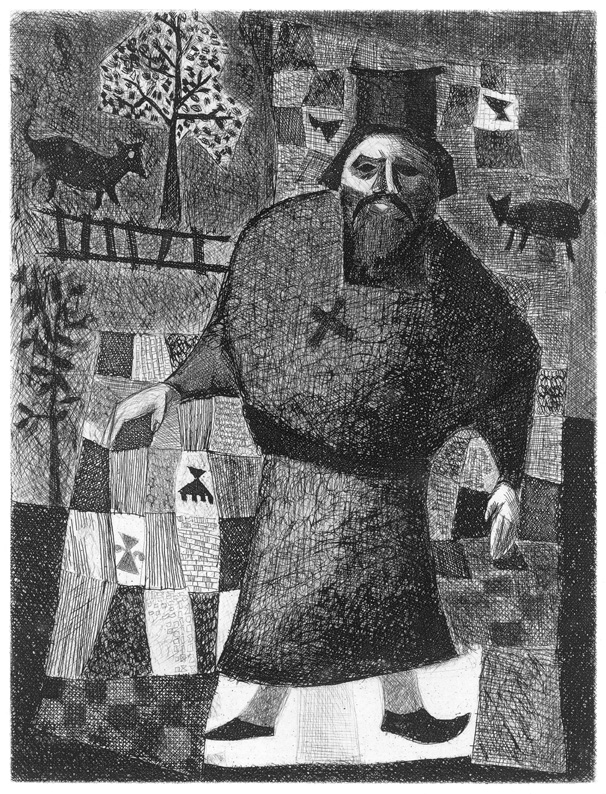 So, how is the historian to offer a useful response to the real fact of religious persecution and intolerance currently exhibited in the Middle East, especially in conflict zones? In addition to positing accurate correctives, we should also concern ourselves with the history of ideas. As is the case with so many of the issues currently confronting scholars of Middle Eastern history, it is impossible to assess issues of contemporary religious freedom (or indeed freedom of expression of any kind), let alone the category of religion itself, without addressing broader issues in the theory and study of secularism.

Much like Talal Asad’s Formations of the Secular: Christianity, Islam, and Modernity, William T. Cavanaugh’s recent book The Myth of Religious Violence: Secular Ideology and the Roots of Modern Conflict does a fine job of demonstrating the historical roots of the modern concept “religion” and the use of that concept for establishing religion as other, irrational, and inherently lethal. This modern concept of religion as other has been helpful in cultivating public support for military and other state interventions based, in part, on assertions of religion’s inevitable relationship to irrationality and violence. Once we understand the historical roots of these modern ideas and the powerful geopolitical contexts in which they are deployed, it becomes easier to see how all of political Islam (and not just its militant varieties) is regularly framed as incompatible with modernity, or as inherently “medieval,” by design, not definition. That design, however, suits both Islamic militants and their opponents, and so it requires critique.

If left uncritiqued, the paradigm in which proper secular governance entails the removal of religion from the public and political spheres will ensure that questions about Islamic “compatibility” with secular (a term often conflated with democratic) governance will continue to underpin the issues of tolerance, violence, and religious heterogeneity in the contemporary Middle East. The trouble with the paradigm, aside from anachronism, is that a series of oversimplified binaries necessarily ensues: between secularism and political Islam; between privately held belief and publicly enforced religiosity; between tolerant democratic pluralism and intolerant Islamist fundamentalism. Non-Muslim observers readily impose these framings, but militant groups like ISIS, which are only too happy to accept a rigid notion of secularity against which to position themselves, have also wholeheartedly adopted them.

At seemingly opposite ends of a philosophical and political spectrum, then, both secularism and militant fundamentalism are well served by the maintenance of these oversimplifications. Since it is shaped in this profound way by the recent history of secularism as a concept, the current phenomenon of intolerance toward religious freedom in the Middle East is better assessed when framed as a distinctly modern phenomenon, rather than as the resurgence of a deeply rooted and historically uninterrupted antipathy to religious freedom in the broad history of Islamic civilization. All this is not to say that the historian has nothing to contribute to these misguided conversations; rather, it is to say that in having both to tackle the history of ideas and correct errors about the history of political and social events, historians have their work cut out for them.

The challenge is further complicated by the fact that there appear to be high stakes, or deep investments, in continuing to assert connections between the current phenomenon of religious persecution in the modern Middle East and early medieval literary constructs, such as the “Constitution of Medina” or the “Pact of ’Umar,” both of which reflect the subjugated state of non-Muslims living under Muslim rule at various points in the Middle Ages. These presumed connections are cited as proof of a primordial antipathy to religious pluralism rooted in the very origins of Islamic civilization.

Assertions of seamless continuity with the medieval period are not only the result of anachronistic thinking or errors made by pundits or journalists who happen to be ignorant of history (consider the recent media firestorm created by Graeme Wood’s conclusion in the Atlantic that ISIS is not just Islamic, but “very Islamic”). The matter is further complicated when similar assertions of historical continuity are reinforced by members of groups like ISIS themselves. Having fully embraced the binaries that accompany contemporary secularism’s framing of the nature of religion, these groups evoke connections to the historical past as an expression of their rejection of secularism (a stance often characterized, ironically, as a rejection of modernity itself). In fact, however, they actively construct a historicized caricature of Islamic history whose narrative salience, like all historical constructions, is deeply embedded in the immediate context (material, social, economic, and political) in which it is deployed, and is less dependent on actual consistency with historical traditions of Islamic governance or culture.1

Legal historians have demonstrated, if only indirectly, just how much of a departure from tradition ISIS represents in its rejection of long-standing Islamic legal and social precedent. Intisar Rabb’s recent Doubt in Islamic Law: A History of Legal Maxims, Interpretation, and Islamic Criminal Law and Khaled Abou El-Fadl’s Speaking in God’s Name: Islamic Law, Authority, and Women discuss Islamic legal concepts that have more in common with contemporary legal theory and progressive pluralism than they do with the draconian brutality of ISIS.

Historians of premodern Islam have likewise cited examples of successful cohabitation of Muslim and Christian populations, occasionally within the same monumental complex, as illustrated in Elizabeth Fowden’s The Barbarian Plain: Saint Sergius between Rome and Iran. While this is not to say that the medieval period was a purely “Golden Age” in which sectarian or interreligious conflict never occurred, the medieval period seems more often to have been characterized by an inverse relationship between the rhetoric and the reality of religious intolerance in the always heterogeneous Middle East. Current sectarian conflict, exacerbated by the conditions of modern geopolitical conflict and war, is an animal of a very different species.

In light of these issues, it is difficult not to see persistent assertions of the historical roots of religious intolerance in the contemporary Middle East as fundamentally misguided but nevertheless irresistible. They seem misguided for being premised on a set of assumptions about the very nature of freedom and religion as conceived within the context of modern secularism. Those assumptions are contingent on a particular philosophical and political history, but nevertheless claim to possess a self-evident and timeless universality. Yet addressing these assertions remains irresistible, since they appear central to such jarring and disturbing contemporary events that are, for a responsible scholar of the Middle East, impossible to ignore, sideline, or dismiss as mere aberrations or misunderstandings. Reframing the question of religious freedom in Muslim-majority societies as one primarily shaped by the polarizing nature of contemporary discourses on secularism and its concomitant framing of religion, however, both eradicates the need to seek historical precedents for acts of militant intolerance and undermines the claims of militant actors themselves to a historically rooted and therefore “authentically Islamic” mode of governance with origins in the medieval period.

1. Nevertheless, numerous authoritative Muslim bodies operating under pressure to assess militants’ claims to Islamic historical “authenticity” have been univocal in their condemnation of ISIS in particular—describing it as the opposite of “traditional” and casting it instead as an aberration or as “un-Islamic.”