Freedom in the Iranian Clerical Debate

During the first week of July 1999, thousands of university students demonstrated in the streets of Tehran against a new law limiting freedom of the press and in support of freedom of thought. The protests, which were eventually crushed by the government, marked the culmination of three years of intense intellectual and political debate over the scope of freedom within an Islamic republic. The quest for liberty in Iran had deeper roots; earlier, in the 1906 Constitutional Revolution, civil society had sought to curb the arbitrary power of the state, but with little success. Liberty was also an important theme of the 1978–79 Revolution against the oppressive rule of Mohammad Reza Shah (r. 1941–78) and his embrace of excessive Western influence.

The question of freedom has preoccupied many modern Islamist movements, such as the Muslim Brotherhood in Egypt and Morocco and Indonesian Islamic modernists, but the Iranian debate was unique. Most Arab Islamists had employed the discourse of freedom as an instrument against authoritarian regimes, even though they had regarded various aspects of liberty with great suspicion. In 1990s Iran, by contrast, the debate evolved in response to popular pressure from below for broader political and social liberties. Consequently, it had to grapple in a sophisticated manner with Western liberal concepts of freedom, which appealed to large segments of Iranian youth.

During the tenure of the reformist president Mohammad Khatemi (1997–2005), debate about the place of freedom in civil society resurfaced. It evolved from the inherent contradiction between democratic concepts of the 1979 constitution, which guaranteed, inter alia, political and civil liberties, and the doctrine of Velayat-e Faqih (Governance of the Jurist), the founding principle of the Islamic Republic, which has bestowed broad unchecked powers on the unelected ruling clerical elite headed by the Supreme Leader. In this period, a related issue was under debate as well: the conflict between the various guarantees of civil liberties given in the Iranian constitution, and their subordination to, and restriction by, Islamic principles. For instance, while the constitution has guaranteed freedom of religion to non-Muslim minorities, it has deprived the Muslim majority of the right of freedom from religion. 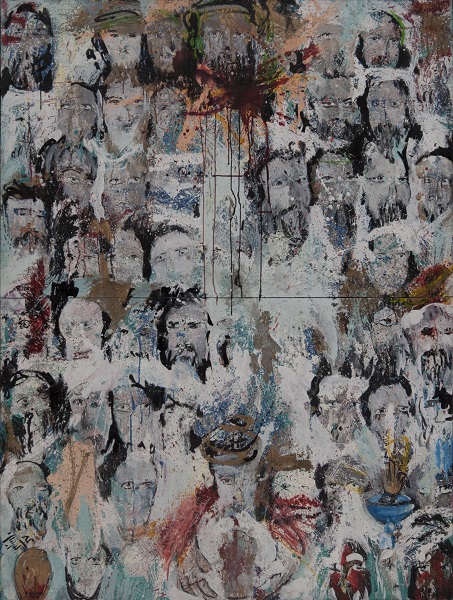 Statements by senior clerics during the 1990s made manifest the importance of the issue, as did the publication of hundreds of religious sermons, legal treatises, and articles in Iranian scholarly and political journals that discussed the meaning and scope of freedom.

Three major approaches to the question of liberty evolved in Iran during the 1990s: The dominant group, headed by Supreme Leader Ayatollah “Ali Khamenei,” has followed the ideas of Ayatollah Khomeini (d. 1989), founder of the Islamic Republic. Similarly to various thinkers of the Enlightenment, Khomeini stated that liberty is a natural and born right of every person. For him, governments could neither give freedom to the people nor take it away; only God could. Human happiness and perfection stem from obedience to God’s laws, while the reasons for humanity’s deterioration are its subordination to earthly desires and to other people, through human laws. Since liberty is a divine gift, in Khomeini’s view, true liberty exists only within the divine laws of Islam. This subordination of liberty to the law is seemingly compatible with John Locke’s view that “where there is no law there is no freedom.” However, unlike Locke, who spoke of laws legislated by elected parliaments, the Iranian parliament has been subordinated to the unelected and unaccountable clergy. Consequently, the dominant approach has produced a long list of limitations on freedom, emptying the term of any meaning. Free political activity and freedom of speech were allowed, provided they did not endanger the nation’s interest as defined by the government.

The dominant Khomeini school of thought presented a sharp, almost essentialist dichotomy between East and West in an effort to demonstrate the superiority of the Islamic concept of freedom over the Western ones, such as the Universal Declaration of Human Rights. Thus, most Iranian clerical thinkers have rejected the concept of “negative liberty,” which Isaiah Berlin equated with the absence of coercion and restrictions. This school of thought held that negative liberty contradicts the tenets of Islam, which were based on submission to God’s commands, and described this form of liberty as tantamount to “cultural decadence and moral corruption.” The Khomeini school also asserted that Iranian youth did not have to look outside their country for ideological inspiration, arguing that various Shi’i concepts of political thought and philosophy were similar to those of leading Western thinkers such as Emmanuel Kant.

Another school of thought emerged in the 1990s, represented by former president Khatami. This reformist trend sought a more genuine reconciliation between the regime’s ideology and universal concepts of freedom. Those who sought reconciliation believed it was essential for the regime’s long-term survival and for the country’s prosperity. Khatami maintained that “religion and freedom should not oppose each other. Freedom should not be held back in the name of religion, or religion in the name of freedom.” Concurrently, he rejected freedom without religion. Khatami advocated freedom even for those who opposed the regime. However, seeking to harmonize religion and freedom, he contended that freedom should come “with responsibility,” as stipulated by the Iranian constitution, and it “should not be against the tenets of Islam.” In other words, his views still put major constraints on the meaning and scope of freedom, since the criteria remained defined by the Islamic regime, and he ignores the possibility of freedom from religion.

A third, smaller trend represented mid-level clerics, most either in prison or in exile. These clerics insisted that “people cannot be dragged to paradise in chains” and were, therefore, willing to consider liberties that challenged the regime’s ideology as well as what the regime believed to be basic Islamic precepts, such as the imposition of the veil on women.

The intellectual debate was largely stifled by the early 21st century, as the government shut down reformist publications, imprisoned several prominent liberal clerics and intellectuals, and then imposed restrictions on the Internet. Liberty thus remained an elusive goal for most Iranians. Yet the appeal of freedom for many Iranians remained strong. At the same time, an important segment within Shi’i political thought has, since the early 20th century, worked on reconciling religious obligations and liberty. Hence, there is room for hope that popular pressure from below as well as intellectual ferment from within will eventually bring about genuine freedom for the Iranian people.

Meir Litvak, who received his PhD from Harvard in 1991, is an associate professor at the Department of Middle Eastern History and director of the Alliance Center for Iranian Studies at Tel Aviv University. His work focuses on modern Iranian and Shi`i history.