What Counts: On Books, Articles, and Productivity

Editor's note: This article continues a conversation started by Sara Maza in the September 2012 issue of Perspectives on History on the "Age of Big Books."

True confession: I'm a failure as a book producer by any traditional standard and it doesn't bother me in the least.

Upon returning from a recent sabbatical, colleagues greeted me with that perennial question-did you get thebook done? I did and I didn't, depending on how you consider different kinds of books or estimate total production. It all depends on what "counts," or more importantly what we are trying to accomplish with our research.

Last year I actually finished three different books but none of them is a monograph. One is the outcome of a workshop that required substantial editing, thinking, and an introduction to become the book it deserved to be. Another is an English translation of a book by a distinguished Roman colleague with a foreword, the result of a very enjoyable collaboration between me, the author, and two former doctoral students. Finally, I am one of several authors of a catalogue raisonné, a multi-pronged project that offers the opportunity to work with a wonderful team of curators and access to two decades of accumulated research materials.

I wrote a number of scholarly articles that I owed to other people's projects, gave some papers, turned a lecture for an annual society meeting into the publication required immediately after the event, and made decent progress on two long-term book projects. I did review essays for the Nation and I am also in the midst of a group project, Mapping the Republic of Letters, that emphasizes digital presentation of data, visualizations, and preliminary findings. Partway through sabbatical, I became a historical consultant for a television series. Lots of fun but definitely not a book. 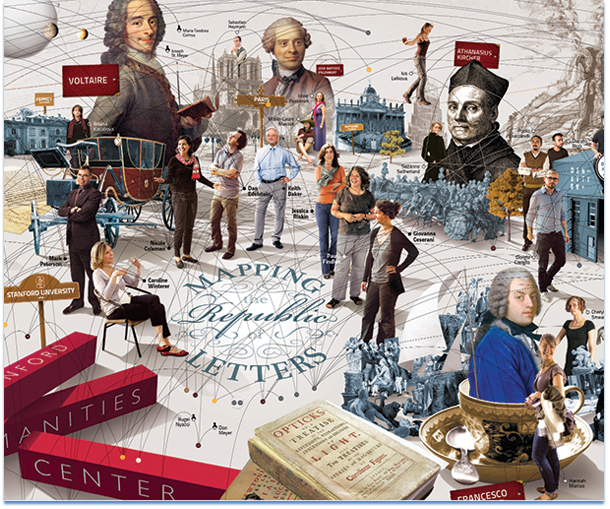 In short, it was a great sabbatical, productive by almost any standard except one: if I were going up for tenure or even promotion to full professor with this profile, my colleagues might wring their hands in utter consternation at my puzzling career choices. Virtually none of my output is refereed, nothing is monographic, and it appears scattered and diffuse. Speaking as a former department chair who has overseen many tenure and promotion cases and served on the university appointments and promotions committee, I am not alone in lamenting the ways in which we are trapped in obsessions with genre when reviewing the work of our colleagues and constrained, as a result, in the advice that we offer.

Monographs do matter. A really good monograph does something that no other kind of publication does-it creates a sustained and synthetic portrait of a whole written in a single voice, allowing us to examine and learn from an author's research in gradated stages that take us through a satisfyingly interconnected portrait of a historical subject. Historians are drawn to this genre, even as publishers waffle. We are unlikely to give up on it; such books are important and will be weighed heavily. I aspire to do more of them myself because they are indeed culminating projects.And yet ... creating a privileged position for "the book" can also create an unnecessary constraint. If the first step in assessing the intellectual worth of a colleague's work is driven by genre and venue, we move quality to the background of our discussion. What if the six or seven articles that a colleague published constitute in toto a more significant contribution than a mediocre monograph? Should we give tenure to the writer of excellent, thought-provoking articles or the author of a modest book?

The institutional answer is typically option B, especially at any university or college with pretensions to a strong research profile. The intellectual answer should be option A. And the easiest answer of all is the person who does both-and ideally does both well-because then you resolve all doubts. We can continue to spin out variations of this theme, invoking the full range of publications that we do, print or digital, as well as various forms of public history. At the end of the day, it all counts. Or at least it should if we are willing to resist the administrative tendency to focus on form over content. Yes, certain venues for publication are more prestigious, more visible, and potentially harder to break into, especially for a first-time author. Yet the fact remains that a great book or article can be published anywhere.

Early in my career, I thought I would move naturally from monograph to monograph. As time went on, however, I found myself dissatisfied with this approach. I drafted a second book (for promotion to full), but perversely stuck it in a drawer in 1999 so it wouldn't interrupt my momentum on other, more exciting projects. I wanted the freedom to work on multiple projects simultaneously, to learn new things, and to pursue different kinds of publications before returning to a book project that was, quite predictably, a natural outgrowth of my first book. Ever since, I have published lots of articles and collaborative books, and relatively few single-authored monographs.

Perhaps this makes me unusual for a historian, but I've had ample encouragement. We can all think of certain articles that have high impact-often cited, frequently anthologized, and considered essential reading. The same is true of some edited volumes and other forms of collaborative publication. Who is to say that some of them don't matter more than a single-authored book?

I am being deliberately provocative about this issue, partly because I have had the experience of people really caring about certain collaborative projects and articles I have done. One became the focal point of an international symposium 20 years after it appeared. Others have been reprinted, anthologized, and translated numerous times. When I recently gave a series of Mellon lectures to the interdisciplinary department of historians and philosophers of science at the University of Pittsburgh, I had the unique pleasure of being introduced by my philosophy colleagues through an annotated analysis of more than 100 articles I have written-with some mention to be sure of various books but far less emphasis placed on them. I rather liked the experience. I might anthologize some of these essays and present them as books but so far I haven't, even knowing that they would "count" more that way.

Not every idea deserves to be a book. I have increasingly found myself looking for places to publish what I have called the history novella-an essay too long to be an article but too short to be a book (as it turns out, Stanford University Press has inaugurated exactly this: a series of very short, affordable e-books for a 21st-century attention span and Kindle quick clicking). This is indeed a genre in which to sustain an argument and present a great deal of research. And yet how do we "count" what falls betwixt and between?

It should all count in a thoughtful and reasonable way. We should be prepared going forward to have serious discussions on how different kinds of productivity profiles are intellectually equivalent and can meet a given promotion standard. Those of us asked to review candidates for promotion should be open to a range of viable options because standards cannot simply change by fiat in a department or university if the discipline itself is unwilling to follow. We need to come to terms with an expanding range of options that will, of necessity, alter our image of where peer review occurs and what counts as a significant publication.

As books get smaller, articles get longer, and it all goes digital, distinctions of genre are further eroded, perhaps rendered artificial. We should be willing to commit our sense of emerging standards to paper to create guidelines for younger colleagues and administrators that will make this new landscape comprehensible, lest we fall back on a conservative ethos that fails to capture the sense, indeed the possibilities, of where and how intellectual conversation occurs. We do a disservice to these future generations if we do not actively seek to develop stronger criteria to evaluate the effort, content, and impact of the full array of publication opportunities that are now available for 21st-century scholarship.

Some of the most admired historians from generations prior to my own did not gain tenure on a monograph-including at least two former AHA presidents I can think of-even if they subsequently wrote quite a few of them. What matters is the ability to shape an important body of historical writing in whatever form it takes. Ten years from now I don't want to discover a group of colleagues waiting for a monograph as one might wait for Godot-and missing the chance to do other, equally exciting things with their work because some administrator told them that they could not be promoted without one.

-Paula Findlen is Ubaldo Pierotti Professor of Italian History and director of the Suppes Center for the History and Philosophy of Science at Stanford University, where she was department chair in 2008-11 and cofounder of the Center for Medieval and Early Modern Studies.