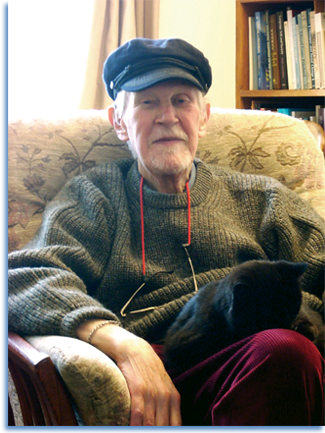 William R. Roff, known to so many friends at home and abroad as Bill, died at his home in Scotland on May 3, 2013, a day after his 84th birthday. He was professor of history, emeritus, at Columbia University. Bill went to sea as a teenager, and after six years, three of which were spent with the British & Burmese Steam Navigation Company, he settled in New Zealand. There, he secured employment as a journalist with the national broadcasting service, and, in 1952, taking advantage of New Zealand's offer for anyone over the age of 21 to enroll in tertiary education, he earned both bachelor's and master's degrees at Victoria College, Wellington. It was there that he first became interested in the intersections of history and anthropology as well as the history of the Malay Peninsula.

In 1959, Bill joined the emerging Australian National University, already a premier center for the study of southern Asia, to pursue his PhD. He immersed himself in study of the history, languages, and traditions of Southeast Asian Islam under A. H. Johns and Soepomo, and shortly after headed to Kelang, Selangor, for the defining phase of his education. There he formed what would be lifelong bonds with the family of Tuan Haji Abdul Karim, a local notable who was his host. He had frequent contacts with Egyptian teachers in residence in Selangor, and he began to explore the extensive influence that colonial-era Egyptian Islamic thinkers had had on the thought and publications of Malay Muslims. As Bill later recalled, it was there that he gained real appreciation for the traditional methods of Islamic education and mastered key tools for his exhaustive primary source research.

Bill's research spanned the waters he had once sailed himself. His first book, based on his dissertation, was The Origins of Malay Nationalism (1967), which remains a landmark contribution to the field. In his editorial preface, Roff's mentor and predecessor in New Zealand, Harry J. Benda (1919-71), declared it to be a "pioneering work in Malay history" in which, rather than arguing for the merits of Asia-centric history, the author had simply "gone and written it-and written it well." Bill placed the Malays both in a community that straddled the South China Sea and in an expanding world whose capitals included Cairo, Lahore, and Jakarta. His 1970 article on the first Malay and Indonesian student associations formed in Egypt in the 1920s, published in Cornell's flagship journal Indonesia, demonstrated just how important it was for Southeast Asianists to look beyond a region whose very existence as a scholarly field was still being actively debated.

Like others instrumental in defining the field, Bill took up a teaching post in the region at the University of Malaya from 1965 to 1969, with work in those years focused on Kelantan, the most ethnically Malay of Malaysia's states. In 1969, he moved to Columbia University. In 1972, he published the Bibliography of Malay and Arabic Periodicals, a groundbreaking catalogue that also demonstrated the documents immense value as historical sources. In 1973, he became a full professor and, in that same year, was named a Guggenheim fellow. Bill's graduate students, who found a warm welcome in his and his wife Sue's home, are now scholars and academic leaders in both the US and Southeast Asia.

Bill was instrumental in a series of collaborative endeavors that would have a lasting impact in and beyond Southeast Asian studies, including his edited volumes, In Search of Southeast Asia (1971) and Kelantan: Religion, Society and Politics in a Malay State (1974). His role in a project of the SSRC/ACLS Joint Committee on South Asia led to over a decade of comparative and collaborative work that included a central role in setting up an SSRC/ACLS Joint Committee on the Comparative Study of Muslim Societies in 1985. That committee launched several projects, one of which produced the volume Islam and the Political Economy of Meaning: Comparative Studies of Muslim Discourse (1987), and another sponsored pioneering international dissertation workshops, including a memorable one organized by Bill in Kelantan.

While always interested in global comparisons, Bill's later articles gave further testament to his abiding interest in questions of Malay journalism, pan-Islamic itineraries, and the use of social science in comprehending religious worldviews. Whether his examinations were directed to questions of colonial sanitation, the perils of dog saliva, or a sensational murder case in Singapore, Roff's prose was always controlled and clear, with a whiff of humor that often enlivened matters in unexpected places.

With retirement in 1991, Bill and Sue moved to Cellardyke, Fife, where Bill kept up not only with colleagues and students at the University of Edinburgh as an honorary fellow in Islamic and Middle Eastern studies, but also with friends and colleagues worldwide, many of whom were fortunate enough to be welcomed at his seaside home. In 2009, the National University of Singapore published a set of his major essays, many of which read as freshly today as when they were first published. He also traveled widely in recent years, including a memorable trip with family to Malaysia in 2010, where his Malay "family" organized a celebration of a half-century of association. Indeed, Bill's life of publication and travel seemed to be running apace-with the Journal of the Malaysian Branch of the Royal Asiatic Society featuring three of his reflections only last year. Yet, the travels had to stop, and the man who had so often been on hand as national histories unfolded, and who was so instrumental as the very field of Southeast Asian studies was made, finally left us, and left us with an enduring scholarly legacy as well as lasting memories of a cherished mentor and friend.

A version of this essay originally appeared on H-Asia.