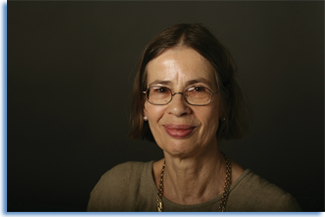 Sabine MacCormack died unexpectedly of a heart attack while tending her garden. In a sense, such was her life's occupation. A unique voice in the historical profession, she approached scholarship, teaching, and life itself in a spirit of cultivating, of nurturing, and of growth.

Born in Frankfurt, Germany, MacCormack studied Greek and Latin philology and history at the Goethe Universität, Frankfurt (1960-61), and history (particularly late antiquity) at Oxford (BA 1964; DPhil 1974; with a diploma in archives from the Univ. of Liverpool, 1964). MacCormack taught classics and worked as a librarian, editor, and archivist before going on to teach at Stanford University, hold the Alice Freeman Palmer Professorship of History at University of Michigan, and the Theodore M. Hesburgh Professorship of Arts and Letters at the University of Notre Dame. Among other honors, in 2001, she was the first recipient of the Mellon Foundation's Distinguished Achievement Award for scholarship in the humanities.

It was at Oxford in graduate school that MacCormack established her research agendas in late antiquity, medieval and early modern Europe, and Andean history. The scope and trajectories of those fields would be substantially altered by her work. In focusing on the Andean past, MacCormack urged that responsible historical scholarship should embrace the totality of populations that were at once Latin and Spanish; Quechua, creole, and Aymara; and European and American. To this end, she was instrumental in creating the Latin American Indigenous Language Learning Program at Notre Dame, endowing it with funds from her Mellon award.

Her books include Art and Ceremony in Late Antiquity (1981), Religion in the Andes: Vision and Imagination in Early Colonial Peru (1991), and The Shadows of Poetry: Vergil in the Mind of Augustine (1998). She also published over 60 articles. Art and Ceremony has had enormous influence on late antique scholarship. To a point, this occurred solely through its attention to late ancient art and ekphrasis. She also insisted that ceremonial mattered, that courtly genres of art and literature gave access to a language of politics conducted largely through gesture and extraordinarily conventional utterances, and-the seemingly static nature of this language notwithstanding-that one could witness its gradual failure as a tool for achieving social consensus. Though Sabine wrote two books on religion and religious thought, Art and Ceremony gave the world a means of understanding the late ancient world as late antique, whose primary lens was politics rather than religion. In 1981, this was no small feat.

In 2007, her last published book, On the Wings of Time: Rome, the Incas, Spain, and Peru, received both the James A. Rawley Prize in Atlantic History and the John Edwin Fagg Prize (for Spanish, Portuguese, or Latin American history) from the AHA. Steeped alike in the histories of the Old World and the New, Sabine revisited their encounter and its cultural fallout to formulate a new synthesis. On the Wings of Time brought together the two strands of the past, the European and the American, through a path-breaking approach to their conjunction, and described how it began nearly immediately post-contact, with ongoing consequence. The book details how, through finding parallels between Rome and American empires, and in writing of the latter as Europeans wrote of Rome, the pre-contact empires became, to paraphrase the late historian John Leddy Phelan, the pride-inducing classical antiquity of post-contact peoples. Sabine thus cleared the way to writing and teaching a truer, richer, broader, more nuanced, and less politicized Spanish American past and heritage.

MacCormack received many honors in the course of her career. Among them, she held fellowships at Dumbarton Oaks in both Byzantine (1977-78) and pre-Columbian studies (1987-88), the only person ever so honored. In 2000, she was elected a Fellow of the Medieval Academy of America. She was a Fellow of the American Philosophical Society and the American Academy of Arts and Sciences; she delivered the Christian Gauss Seminar in Criticism at Princeton University; and she held a two-year Mellon Professorship in Latin American History at the Institute for Advanced Studies. She founded and edited the series History, Languages, and Cultures of the Spanish and Portuguese Worlds. She lectured extensively worldwide.

The massive erudition that sustained her scholarship across this vast terrain of ecology, peoples, and languages was sustained in turn by an intense work ethic in archives and printed materials, sites, and museums. This learnedness made her work exceptionally dense and difficult to summarize. Sabine simply saw more than others: texts and images spoke more deeply to her, because the worlds that generated them, and the pasts that gave birth to those worlds, were so fully known by her. Her work was nearly instantly recognized as admirable, but her arguments took a long time to take root in scholarship, and they have in many respects proved inimitable. Sabine also knitted with great sophistication and was deeply learned in the history and production methods of fine-spun Andean textiles, and one might say of her scholarship that many recognized intuitively the quality of stitching or weave without being able to (re)produce it. She was also an artist of passion and skill. In On the Wings of Time, a number of her watercolors were reproduced, including on the cover.

Sabine throve on good company. In spirited conversation she could make a point passionately or deliver a mischievous observation with tempo and inflection rising, to conclude in a companionable "You know?" Difficult questions she met head-on with answers rich in detail but also ordered and beautiful. Even if one couldn't follow or retain the details, memory persisted of learning presented as a gift and a beacon.

Sabine possessed deep moral and political commitments. She loved the United States and became a citizen, but she was not without criticisms and never shy about making them. Hers was a forceful personality; even so a flood of remembrances of her posted online by colleagues and students-in English, Spanish, Quechua, and Latin-recall her most often as generous and inspirational. She was also a deeply committed citizen of the academy, serving thoughtfully on the selection committees of the American Council of Learned Societies, American Philosophical Society, and Guggenheim Foundation, as well as evaluating proposals for scholarly organizations around the world.She is survived by a daughter, Catherine.