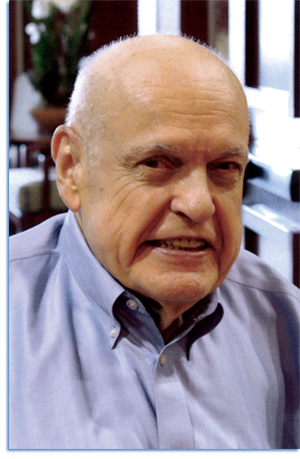 Historian of Theory and Native America, 50 Year Member of the AHA

Berkhofer was born in Teaneck, New Jersey, in 1931 to recently emigrated Swiss-German parents. The family soon moved to a dairy farm in Greeneville, New York, southwest of Albany. There the young Berkhofer contracted polio at 13 and a lifelong (but good-humored) dis-affection for "mud, manure, and mosquitoes." Confined for a year to a "hospital for the incurable," he was liberated on VJ Day by his mother. She spent the next three years giving him physical therapy at home, which enabled him to function without braces. Post-polio syndrome later in life required the use of crutches and finally an electric scooter, but did little to hamper his research and other professional engagements.

After graduating valedictorian of his high school class, he attended the state teachers college at Albany (now SUNY-Albany), majoring in history. He then moved across state to Cornell, where he discovered anthropology while taking an MA and a PhD under Paul Gates. While a graduate student, he was a fellow at Fort Ticonderoga (sparking an interest in history museums that re-emerged in his last book, Fashioning History: Current Practices and Principles [2008]) and spent several months in Washington, DC, doing research for the Justice Department on some of the early Indian land claims. In 1965, the University of Kentucky Press published his first book, Salvation and the Savage: An Analysis of Protestant Missions and American Indian Response, 1787-1862, which became a classic in the burgeoning new field of Indian studies. It was reissued as a paperback by Atheneum in 1972 and reprinted by Greenwood Press in 1977.

After one year at Ohio State (1959-60), he moved to the University of Minnesota, where he rose to associate professor and associate chair of American studies by 1969. He also met and married Genevieve Zito, a graduate student who taught in the university's laboratory school, supervised student teachers, and developed materials for elementary and high school students for the federally funded Project Social Studies, in which he was also involved. Their son, Robert III, now a medieval historian at Western Michigan University, was born there. The new father also brought home distinguished teaching awards, a practice that would follow him to Michigan and Santa Cruz.

After four fruitful years at the University of Wisconsin (1969-73), during which he published A Behavioral Approach to Historical Analysis (1969), the first of three challenging books on historical practice and theory, Berkhofer moved to the University of Michigan (1973-91). While there he won an NEH and a Guggenheim fellowship and served in various capacities for the Organization of American Historians and the AHA, on the editorial boards of six journals (including those devoted to historical geography, anthropology, social science, and American Indians), and as president of the American Studies Association (1980-82).

In 1978 he published his most popular book with Knopf, The White Man's Indian: Images of the American Indian from Columbus to the Present. This grew out of, but preceded by a decade, the publication of a long essay he had written for the fourth volume of the Smithsonian's Handbook of North American Indians, a series he had helped plan. He argued that despite the cultural variety of "Native Americans," Euro-American "whites" compressed and submerged them into a generic "Indian" for their own purposes, mainly as foils against which to define their own superiority. This tendency to homogenize native peoples continued from the earliest explorers to 20th-century policy makers, a stubborn trend manifested in philosophy, science, art, and literature.

As his post-polio condition worsened, both Berkhofers sought to escape the slippery winters of Michigan for warmer climes. In 1984 they were lured to the University of Florida, as was longtime friend Darrett Rutman, but early promise melted in the Gainesville sun and they returned after a year. Two years later, a stint at the Stanford Humanities Center left them with a desire for more California sun. This they satisfied in 1991 by accepting a call to Santa Cruz, where Bob taught for six years until persuaded to retire by reduced mobility. They enjoyed retirement together until Gene succumbed to cancer in 2007. Theirs was a true partnership, professionally and in life.

While at Santa Cruz, Bob had published Beyond the Great Story: History as Text and Discourse with Harvard University Press (1995). As he had sought to do with behaviorism earlier, he now tried to persuade traditional historians that postmodern reflexivity and the new poetics of textuality would cure their methodological naiveté and help them construct more realistic and honest narratives of their great and small stories. His own abstract prose and theoretical perfectionism may have had less effect on the profession than his quotidian teaching did. He described his approach, and the lengthy handout of questions and procedures he used, in an article in Perspectives on History (February 1988) entitled "Demystifying Historical Authority: Critical Textual Analysis in the Classroom," which the AHA reprinted in an edited volume on teaching innovations 11 years later.

In retirement Bob published an accessible study of how interpretive narratives are fashioned, not only by traditional print historians, but by those who design documentary films and editions, television series, digital archives, museums, and historic sites. And to the end, he held onto his wry wit, mischievous sense of humor, love of irony, thought-provoking one-liners, and loyalty to friends and colleagues who had shared his journey through the profession he cherished.