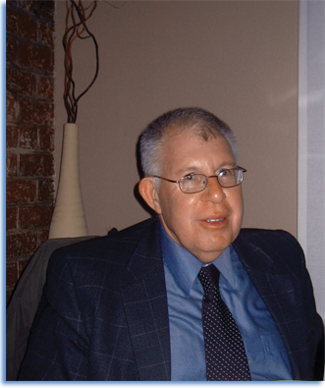 Following a courageous struggle, Lenard Berlanstein, Commonwealth Professor of History Emeritus at the University of Virginia, succumbed to lung cancer at age 65 on February 24, 2013, in Florida, where he was spending his winters. Len retired after the spring semester of 2011, and his illness appeared suddenly the following spring. Cared for by his brothers and sister-in-law in Baltimore, he was able to travel in January 2013 to Florida to enjoy the beach that he loved from childhood vacations.

Born in Brooklyn on November 29, 1947, Len was the middle child in a very large extended family. Moving to Hillside, New Jersey, at age three, he and his two brothers shared a small room. The family esteemed education, and Len's parents could boast that their three sons had become a doctor, a lawyer, and a college professor.

Len's brothers considered him the most studious, with all As in high school and then in college at the University of Michigan. After studying with David Bien, Len continued at Johns Hopkins University under the direction of Robert Forster and Orest Ranum, his eventual second reader. In that overheated, competitive atmosphere, Len immediately distinguished himself, as he would do all his life.

Like many other Forster students who focused on the French provinces, Len chose to work in Toulouse, where he studied 18th-century barristers. In the early 1970s, many scholars believed that the predominance of lawyers provided the active ingredient of the middle class that had made the revolution. Len showed that the lawyers, at least those in Toulouse, were certainly no revolutionary class; instead their views fit well with others of similar income and station. There, lawyers possessed no unique revolutionary fervor. Though the documentary base in Toulouse proved thin and elusive, so diligent was Len that he constructed a compelling account.

In fall 1973, after Johns Hopkins University Press accepted this first book, The Barristers of Toulouse in the Eighteenth Century (1740-1793), Len began at the University of Virginia, where he taught at all levels for the next 38 years. In addition, he tirelessly served on numerous committees including those considering promotion and tenure at college and departmental levels. In those years he continued his daunting pace of scholarly work. He published three more books, edited two others, and wrote 14 peer-reviewed journal articles that appeared in prestigious publications including the Journal of Modern History, the Journal of Social History, Comparative Studies in Society and History, the Journal of Women's History, and French Historical Studies. Starting with explorations of criminal justice, he spent his last few years examining the history of standardized tests in France. In the intermediate period of almost three decades, he published studies at the cutting edge of 19th-century labor and gender history. Although, as one book reviewer noted, this required Len to re-educate himself repeatedly, he did so with gusto and great success.

Responding to the assumptions of proletarianization, a dominant theory in labor history in the 1970s and 80s, Len wrote two important books, The Working People of Paris, 1871-1914 (Johns Hopkins Univ. Press, 1984) and Big Business and Industrial Conflict in Nineteenth-Century France: A Social History of the Parisian Gas Company (Univ. of California Press, 1991). These works increased our understanding by expanding both the geographic and occupational groups under consideration. Although many historians believed that France's highly skilled artisans remained loyal to tradition and thus remained indifferent to Marxism, Len revealed an even greater resistance to ideas of class. Further, he found that the bosses could manipulate subordinates through active efforts to influence worker views and actions. Scholars praised both books for their findings, but also their clarity.

By 1990 the linguistic, or cultural, turn had replaced proletarianization as the most dynamic and debated subject for the historians of 19th-century France, and Len was here also deeply involved. His edited book, Rethinking Labor History: Essays on Discourse and Class Analysis (Univ. of Illinois Press, 1993), helped shape and stimulate this field. In the introduction, Len spelled out the stakes of this debate: put simply, did economic conditions lead to the development of class consciousness or did evolving discourses create shared class consciousness?

One of the corollaries of this revisionism was the opening given to gender history. By noting the masculinist nature of prevailing definitions of class, historians began to connect sexism with labor ideology, with some averring that the ideology provided even a stronger basis for sexism. In this view, not only bourgeois thinking but also that of socialist intellectuals combined to constrict women's opportunities.Important to this vibrant debate was Len's most ambitious book, Daughters of Eve: A Cultural History of French Theater Women from the Old Regime to the Fin-de-Siècle (Harvard Univ. Press, 2001), which demonstrated that despite their reputations as frivolous, insignificant, and debauched, female performers helped to open the public sphere to women. Daughters of Eve argued that, as stage women in the Third Republic lost political celebrity and gained acceptance, their previous marginality ebbed, improving the image of all women and demonstrating female agency against long odds.

In addition to the consistently high quality and quantity of Len's scholarship, he possessed abiding moral character. Although he was extremely well published, won Guggenheim and National Endowment for the Humanities fellowships, earned a coveted annual prize for the best article in French history, held a named chair at the University of Virginia, and served in an important office in the Society for French Historical Studies, he steadfastly refused egotism. Although his work influenced many, he did not remind others of it. He served on challenging committees and was always available to read work by the prominent as well as the beginner. Likewise, he played the same selfless role in his personal life. Although he never drew attention to what he did for colleagues, friends, and the profession, it's only right that we do it for him.