The AHA is delighted to report that historians Julie Livingston and Robin Fleming were among the 24 people recognized with grants from the John D. and Catherine T. MacArthur Foundation. These prestigious grants are awarded to recognize creative accomplishments in varied fields. The $625,000 grants (up from the $500,000 offered in previous years) can be used by the recipients in any way they wish, and are awarded as much for the record of accomplishment as for the promise of future contributions. 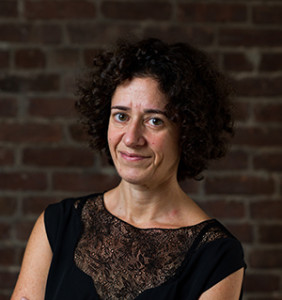 Julie Livingston received a BA (1989) from Tufts University, an MA (1992) and MPH (1993) from Boston University, and a PhD (2001) from Emory University. She was affiliated with the Federated History Department of the New Jersey Institute of Technology and Rutgers University, Newark (2002–03), before joining the faculty of Rutgers University, New Brunswick, in 2003, where she is a professor in the Department of History. She is the co-editor of Three Shots at Prevention: The HPV Vaccine and the Politics of Medicine’s Simple Solutions (2010), as well as numerous articles and book chapters.

Julie Livingston is a medical historian who combines archival research with ethnography to explore the care and treatment of individuals suffering from chronic illnesses and debilitating ailments in Botswana, a middle-income country with a system of universal health care. Drawing on her interdisciplinary training in anthropology and public health, Livingston augments the history of medicine with a history of emotions, spotlighting the bodily vulnerability of populations facing the challenges of 21st-century political and economic development. 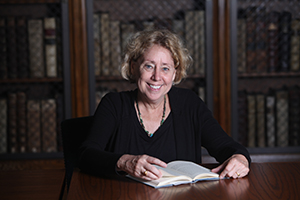 Robin Fleming received a BA (1977) and a PhD (1984) from the University of California at Santa Barbara. From 1986 to 1989, she was a junior fellow in the Harvard Society of Fellows, and she has been affiliated with Boston College since 1989, where she is currently a professor and chair of the Department of History. She is the author of Kings and Lords in Conquest England (1991) and Domesday Book and the Law: Society and Legal Custom in Early Medieval England (1998), as well as numerous articles and book chapters.

Robin Fleming is a historian enriching our knowledge of life in Britain in the tumultuous centuries during and after the fall of the Roman Empire through an artful blending of archaeological and textual sources. In scholarship encompassing the end of the Roman occupation, the appearance of Germanic settlements, the conversion to Christianity, and the Viking raids on Britain, Fleming supplements the fragmentary and elite-focused written record with comprehensive consideration of material evidence unearthed by archaeologists.

Learn more about both of these historians at http://www.macfound.org/fellows/class/2013/.