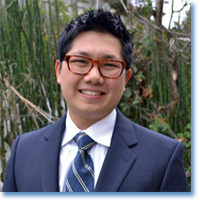 The J. Franklin Jameson Fellowship in American History is sponsored jointly by the Library of Congress and the American Historical Association. It is awarded to support significant scholarly research in the collections of the Library of Congress by scholars at an early stage in their careers in history. The 2013-14 fellowship has been awarded to Kevin Y. Kim, postdoctoral fellow at Stanford University.

Kim's manuscript project, "Diplomacies of Dissent: Henry Wallace, Herbert Hoover, and Cold War America's Rise in the World," is a multi-archival study of the United States' most politically prominent dissenters from Cold War "consensus": ex-US vice president Henry Wallace and ex-US president Herbert Hoover. Emphasizing nonstate actors' role in US-world relations, Kim argues that Wallace and Hoover, with their domestic and global followings in the Progressive, Democratic, and Republican parties, played a significant role in the construction of US foreign relations as Cold War critics, citizens, and policymakers. Kim's study challenges prevailing conceptions of the global Cold War, as well as the notion of Cold War America as a monolithic, passive, "consensus" society. His work contributes to the growing historiography on US postwar politics, society, and foreign relations by charting Wallace and Hoover's broader activities and influence in the rise of the New Right, New Left, and the global Cold War through the 1960s.

During the fellowship, Kim will consult Library of Congress collections to revise his manuscript into a book. In addition to Wallace's federal and personal papers, Kim plans to examine the papers of prominent political, military, and cultural figures who worked closely with Wallace and Hoover, such as Robert Taft, John Callan O'Laughlin, and Harold Ickes. To draw out Wallace and Hoover's broader influence, he will also consult the papers of prominent figures who interacted with both men during less sustained but critical periods of the Cold War. These figures include the Republican media mogul Henry Luce, Democratic US Senators Brien McMahon and Tom Connally, and diplomats Joseph E. Davies, Charles Bohlen, and W. Averell Harriman. These and other collections in the Library of Congress will serve to illuminate Wallace and Hoover's Cold War diplomacies, and their broader political and ideological significance. 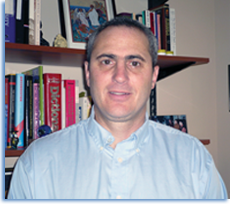 The Fellowship in Aerospace History, supported by the National Aeronautics and Space Administration (NASA) and administered by the AHA, funds projects that undertake advanced research in all aspects of aerospace history.

The 2013-14 fellowship has been awarded to Andrew Jenks, associate professor of history at California State University, Long Beach. Jenks's research examines the political and cultural significance of three collaborative efforts in space exploration during the late Cold War, from both the Soviet and American perspectives: the Apollo-Soyuz mission, the Interkosmos missions between the Soviet Union and its political allies from 1978 to 1988, and the formation of the Association of Space Explorers in 1985. Jenks's transnational study of space cooperation examines the tension between "cosmopolitics," the view of space as an extension of national power politics on Earth, and the experience of universal connectedness that the view from space seemed to foster. Jenks argues that space flight was the beginning of a new and ecologically aware period of human development.

As a NASA fellow, Jenks aims to expand his project, "Stepping Back from the Brink: Transnational Encounters in Space," by further investigating the American perspective on the Apollo-Soyuz Test Project and the Soviet Interkosmos missions through research in the NASA library as well as the Russian archives at the Russian Academy of Sciences and the Russian State Archive for Scientific and Technical Documentation. Furthermore, Jenks will investigate the role of the Association of Space Explorers in transcending the Cold War divide. Jenks plans to examine memoir literature in order to analyze the perspectives and recollections of astronauts and cosmonauts, as well as materials published by organizers and other participants, including Jacques Cousteau and the managers of the Esalen Institute in Big Sur, who influenced the Association of Space Explorers' international diplomacy.