A Berlin Museum Faces the Future 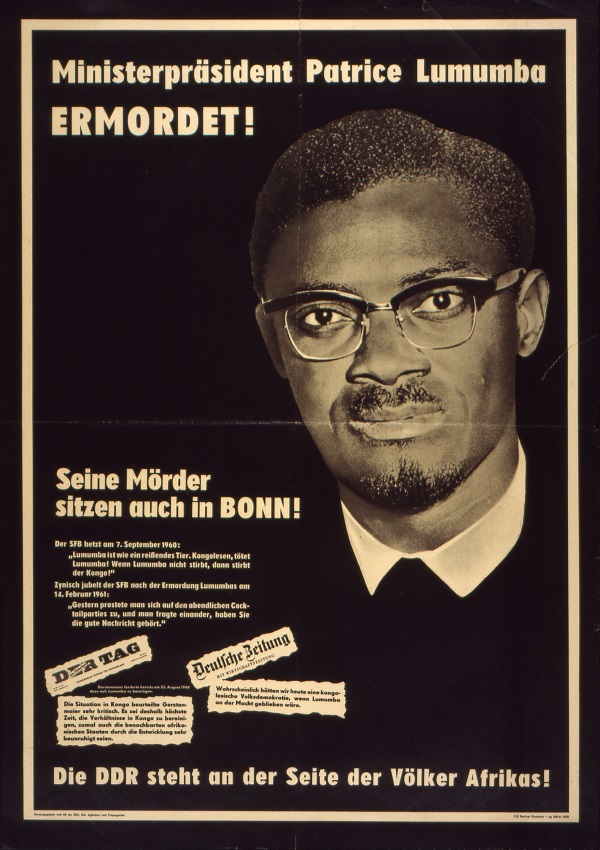 Berlin could be called the city of painful memory. The admirable willingness of the Germans to take public responsibility for the traumas they caused during the World War II era has resulted in a capital city dotted with memorials to victims of the Holocaust. They range from Gunter Demnig’s Stolpersteine (stumbling stones), hand-sized brass plaques inserted into the cobblestone sidewalks in front of the houses of Holocaust victims, to Peter Eisenman’s monumental Denkmal für die ermordeten Juden Europas (Memorial to the Murdered Jews of Europe), covering five acres a few steps from the Brandenburg Gate.

Taking responsibility for a nation’s historical deeds is a process, and this includes memorialization. In Berlin, the concept of Holocaust victim has expanded gradually from Jews to other social groups with less international recognition and resources. The 2005 dedication of the Denkmal (itself the product of a lengthy public discussion and design competition) was followed by the Memorial to Homosexuals persecuted under Nazism in 2008, the Memorial to the Sinti and Roma Victims of National Socialism in 2012, and in 2014 the monument to the approximately 300,000 disabled victims of the Nazis at Tiergartenstrasse 4 (the site of the building from which the so-called euthanasia program was directed).

Within the context of this more comprehensive acceptance of national responsibility, it’s not surprising that national museums reflect this sensibility. In keeping with global trends in exhibit design and curation, the Deutsches Historisches Museum’s recent German Colonialism: Fragments of Its History and Present (Deutscher Kolonialismus: Fragmente seiner Geschichte und Gegenwart) sought a wide audience, but it also embodied a specific attitude toward the past. In Germany’s most important historical museum, expanded acceptance of responsibility for past crimes has clearly affected the public presentation of history, assisted by more inclusive museum practices and evolving models of historical interpretation. This history has contemporary relevance: Namibia—the former German South West Africa—and the German government are negotiating over Namibia’s demands that the Germans apologize for committing genocide in 1904 and pay compensation.

Integrating the story of colonialism into German memory and the German present required an effort to avoid adopting the attitudes of the colonizers.

From the first panels—accessible in several languages, including German, French, English, and leicht Sprache (simplified German), as well as Braille and sign language—it was clear that the exhibit’s creators wanted to cast an unflinching gaze into the darkest corners of German colonial practices. German colonialism lasted only about 30 years, from 1884, when the German Empire joined in the “scramble for Africa,” to the end of World War I, when Germany’s enemies seized its colonies. Germany controlled Cameroon (now mainly Republic of Cameroon), German South West Africa, Togo, and German East Africa (now Burundi, Rwanda, and part of Tanzania), as well as a few Pacific islands known as German New Guinea.

As the exhibit text explained, German Colonialism offered an “alternative writing of history,” which reconsidered the role of colonialism in German memory and the German present, requiring an effort to avoid adopting the attitudes of the colonizers. Typically, of course, these are intrinsic to collections of objects brought back to Europe by imperial overlords. But in German Colonialism, a diorama presented a foreshortened colonial office, the floor scattered with objects. Museum exhibits usually transform such items into representative artifacts of native cultures, but here they were colonial booty. As the text pronounced, “the colonizers were not interested in the history of the colonies” or their culture, except as exotic curiosities. The attempt to avoid reproducing the “colonial discourse” based on unequal and unjust power relationships extended to a quotation from Holocaust survivor Victor Klemperer: “Words can be like arsenic. They are swallowed unintentionally and seem to have no effect, but after some time the poisonous effect is there.”

Links between German colonialism and the Holocaust were unavoidable. The Herero and Nama peoples’ resistance to German conquest in South West Africa led to the 20th century’s first genocide, which the exhibit acknowledged by using the loaded word Völkermord. In fact, project director Dr. Arnulf Scriba told me that a German Foreign Office spokesman first employed that word in an official context only after it became known that the exhibit would apply the term. Although many people wrote letters expressing what Scriba called “colonial nostalgia” by arguing that German colonial history couldn’t include genocide, Scriba and his collaborators moved forward. The final exhibit also explicitly treated the so-called Maji Maji War, a rebellion in German East Africa in which about 180,000 Africans, but only 15 Germans, died. These official decisions encouraged the Namibian government to demand an apology and reparations, and could lead to other such demands in the future.

The brutality of German colonialism was a repeated theme of the exhibit. Phrases like “exploitative work relationships,” “racist ideology,” and “violent foreign domination” described everyday life in the colonies. And perhaps most to the point: “Colonial domination, as a foreign domination legitimated by racism, was characterized by a high level of violence.” If Germans were willing to enslave, brutalize, rob, and murder Africans to exploit their labor and resources, then resistance, including armed resistance, was justified. The exhibit extended this interpretation to the legacies of colonialism present many years after the Germans left Africa. Text and posters characterized the struggle of the South West African Peoples Organization (SWAPO) against the Union of South Africa as a war of liberation for political self-determination. The struggle of SWAPO is situated together with the 1961 assassination of Patrice Lumumba, the first democratically elected prime minister of Congo, as causes of the anti-imperialist movements in both Germanys in the 1960s and 1970s.

German Colonialism was refreshingly frank in its analysis of racism, especially in the simple but strongly worded formulations in easy German. “Racism still exists today among Germans”; “It is important to know about colonialism, since one can then fight against racism”; “Germans stole many things from the colonies.” Völkermord was defined: “Germans wanted to kill all people in a group. Men, women and children.” Given the politically charged debates in the United States about how to publicly present the history of white relations with African Americans and Native Americans, the exhibit’s candor about racism could serve as an example to other program organizers.

Visitors’ written comments were mostly laudatory. Referring to the apparent rise of racial intolerance in the Atlantic world, one museum-goer wrote, “Especially in a time of AfD/Trump and Co., an important exhibit.” (The AfD, or Alternative für Deutschland, is a right-wing populist party promoting hard measures against immigrants and refugees.) The negative comments almost all complain that the exhibit does not go far enough in its critical stance toward colonialism. The historical perspective of the exhibit’s creators thus fit into the social context of Berlin’s museum-going public.

German Colonialism was an exceptional historical exhibit, but its inclusiveness, frankness, and reach into more modern times represented a broader evolution in Berlin’s sites of memory. Traditional museum practices and perspectives change slowly. The inclusive innovations by the Deutsches Historisches Museum are costly, and thoughtful confrontation with the past can be painful. Dr. Scriba did not hope to change the world with this exhibit but, like Gunter Demnig, only to lay a stone on the path to historical illumination.

Steve Hochstadt taught modern European history at Bates College and Illinois College from 1979 to 2016. His research has focused on migration in Germany and on the Holocaust. His books include Mobility and Modernity: Migration in Germany 1820–1989 (1999), which won the Allan Sharlin Prize of the Social Science History Association; Sources of the Holocaust (2004), a widely used documents collection; and Exodus to Shanghai: Stories of Escape from the Third Reich (2012), based on oral histories.