Documenting Foreign Relations: Office of the Historian Releases Records on Iran, the Cold War, and More 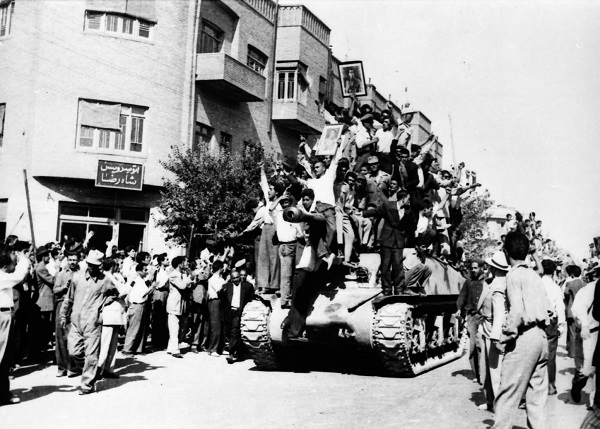 In January 1977, the American Embassy in Warsaw hosted a screening of One Flew over the Cuckoo’s Nest. Attended by over 500 guests, the screening was later described by an official from the United States Information Agency as “highly successful and effective.” According to the official, the embassy hoped that the screening would put pressure on the Polish government to import the film—directed by Czechoslovakian filmmaker and émigré Miloš Forman—for public release. This event and other Carter administration efforts to “inform the world about American society” are documented in one of the eight volumes of the Foreign Relations of the United States (FRUS) series ­released in 2016.

The Department of State’s Office of the Historian (HO) began publishing the FRUS series in 1861 as the official documentary record of each presidential administration’s foreign policies and diplomatic activities. After years of delays in publication and declassification, Congress passed the Foreign Relations Authorization Act of 1991 requiring HO to publish volumes no more than 30 years after the events they document, and for the Advisory Committee on Historical Diplomatic Documentation (HAC) to supervise the production of the series. Currently chaired by AHA representative Richard Immerman (Temple Univ.), HAC is involved in every stage of producing FRUS volumes, including determining the scope of each presidential series, monitoring declassification efforts, and approving the final volumes. In its 2016 report, HAC reported on HO’s progress in publishing FRUS volumes, as well as the challenges HO faces in fulfilling its responsibilities.

For historians, FRUS releases always signal fresh opportunities for research, particularly in the area of US foreign relations. FRUS volumes include documents from numerous government agencies and repositories, including presidential libraries, the State Department, the Department of Defense, the CIA, other foreign affairs agencies, and the private papers of important individuals in the history of US foreign policy. Once HO has determined the scope of each volume, it collects documents from the necessary repositories and begins the long process of declassification. Immerman says that FRUS publications are important for historians not just because they present new information and documents, but also because they “serve as a catalyst for the opening of additional archives, whether they’re at the National Archives, at a presidential library, or someplace else.”

The 2016 HAC report commends HO for the volume Soviet Union, October 1986–January 1989, which is the first since 1996 to be published, only 28 years after the events it documents. Immerman credits the timelier publication of this volume, which documents the lead-up to the end of the Cold War, to the “prodigious efforts of the Historical Office.” Specifically, he commends Stephen Randolph, the historian of the US Department of State since April 2012, for creating a new system of reviewing the volumes and hiring more editors, which accelerated the process. In the case of the Soviet Union, Immerman says, “Documents that in all likelihood would have encountered serious classification issues a decade ago, or longer than that, are no longer as sensitive” due to the end of the Cold War. While noting that it was a “terrific landmark” for the volume to be published in 28 years, HAC cautioned against setting high expectations for future volumes. The “spike in covert actions during [the] Reagan years will present declassification challenges that make repeating this feat more likely to be the exception than the rule,” it reported.

HAC chair Richard Immerman says that the FRUS publications “serve as a catalyst for the opening of additional archives.”

Another challenge in producing timely volumes, says Immerman, is an “explosion of documents,” including electronic records, since the “architecture for foreign and national security policy has become more complex and more complicated,” involving more people in more places. Immerman expects this massive influx of documents to be a problem for all historians, not just those working in the State Department. Nevertheless, HAC praised the National Archives and Records Administration for its efforts to make “both paper and electronic records available to scholars and the public in a timely manner,” despite lacking sufficient staff and resources.

HAC also recognized the National Declassification Center (NDC) and the Department of State’s Office of Information Programs and Services for significantly decreasing the backlog of Freedom of Information Act and Mandatory Declassification Review referrals. In particular, HAC noted that the NDC has improved its ability to “anticipate which record groups are most valued by researchers.”

Immerman highlighted another ongoing problem that affects timely releases of FRUS volumes: HO is “dependent upon different departments and agencies to review [FRUS] volumes and declassify documents.” Some documents are reviewed by multiple departments before they are declassified. Immerman says that both the Department of State and the National Security Council have been “extremely conscientious in terms of making the effort to review [documents] as expeditiously as possible without cutting any corners.” On the other hand, the Department of Defense and the CIA have failed to complete their required reviews on time, thus delaying publication. Because of the CIA’s inefficiencies, HO has already had to decrease the number of FRUS volumes it expects to publish in 2017 by 20 percent.

At the time of its 2016 report, HAC expressed disappointment that the State Department had not allowed the long-delayed Iran Retrospective to be published “because it judged the political environment too sensitive.” The volume Iran, 1951–1954, was, in fact, quietly released with 16 other newly digitized FRUS volumes in June 2017. Immerman says HAC is both surprised and pleased with this new development.

In 1989, the State Department had published a volume on Iran, covering the period of the 1953 coup that overthrew Iranian prime minister Mohammad Mosaddegh. That volume, however, failed to make any reference to British or US involvement in the coup. Academics, the media, and members of the public criticized the volume, which helped lead to the 1991 legislation requiring the FRUS series to be a “through, accurate, and reliable documentary record” of US foreign policy. Immerman notes that even though several historians have written about the overthrow of the Mosaddegh regime, the new volume gives “a great deal of context and detail and insight into the policies that the United States was pursuing then.” This includes the level of involvement of the CIA and US embassy in day-to-day Iranian politics and the crucial relevance of oil to the coup.

Overall, Immerman commends the “professionalism and competence of the Historical Office” in publishing FRUS. HO has published 27 FRUS volumes since 2014—an “all-time record for productivity,” according to HAC. Although HAC recognizes that this rate of production will be difficult to maintain with the number of covert actions in the Carter and Reagan years, HAC reports that it is “cautiously optimistic about the future.” Seventy-three volumes are already in some stage of production, and they will all provide new information and documents for historians, as well as a chronicle of the periods covered. HO is doing “this incredible job in which, quite frankly, they seem to be fighting city hall, and they’re winning,” says Immerman. “But city hall is just getting harder and harder to deal with in a lot of ways.”