Ross Dunn is a professor emeritus of history at San Diego State University. He lives in Marina del Rey, California, and has been a member since 1982. 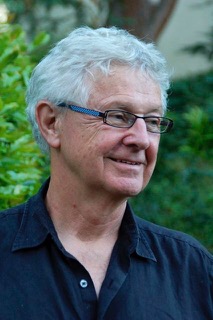 Ross Dunn is a professor emeritus of history at San Diego State University.

Describe your career path. What led you to where you are today? After graduating from college in 1963 and wishing to learn more about the African past than my undergrad teachers could offer, I entered the Comparative Tropical History program, which Philip Curtin had founded four years earlier, at the University of Wisconsin. In addition to regional studies, the little band of women and men in the program studied comparative history on a global scale. In his class titled The Expansion of Europe, Professor Curtin assigned William McNeill’s The Rise of the West, just hot off the press. We also read Marshall Hodgson, whose articles on interregional history were way ahead of their time. I wrote a dissertation on a far less capacious topic, Moroccan resistance to French conquest, 1881–1912. I then took a job at San Diego State University hoping to start an introductory world history course. It took a while, but in 1974 a small group of colleagues and I initiated the class, and its enrollments expanded for many years. I continued to teach African history and write about Morocco. But I soon realized that I had become a confirmed world history missionary.

What do you like the most about where you live and work? I taught for 40 years in San Diego, a town really hard not to like. A few years after retiring from SDSU, however, my wife Jeanne and I moved to Los Angeles to be nearer to our two daughters and their families. Jeanne, a painter, finds the LA art scene exhilarating, and I continue to serve as an associate of the National Center for History in the Schools at UCLA.

What projects are you currently working on? Several historians and anthropologists who worked in Morocco between the 1950s and 1970s became correspondents of David Hart, a vastly knowledgeable scholar of Morocco’s rural Berber societies. David was a habitual letter writer. His other pen pals and I received a steady stream of mostly hand-written missives from him, all of them chock full of ethnographic, theoretical, and professional nuggets. I saved nearly all of the letters he wrote to me over 35 years, perhaps nearly 11,000 pages in all. Last year, Aomar Boum, an anthropologist at UCLA, joined me on a project to organize and scan my Hart letters and donate them to the Moroccan national archives, which I did in Rabat last April. I continue, however, to contact and collect letters from other Hart correspondents.

Have your interests evolved since graduation? If so, how? I might have followed a career-long path of laser-focused research on modern Moroccan history. But my attachment to world history propelled me in several directions: a book on Ibn Battuta (which made me a medieval historian); participation in the founding of the World History Association; backup for Gary Nash defending the National History Standards against a right-wing assault; a book about that deplorable event with him and Charlotte Crabtree; and launching an online world history curriculum called “World History for Us All.”

What’s the most fascinating thing you’ve ever found at the archives or while doing research?Not so fascinating a moment but an “aha” one for me. Ibn Battuta voyaged extensively in the Indian Ocean, but in writing my book about him, I found that he reported few precise dates of his peregrinations. I discovered, however, that Ahmed ibn Majid, the famous 15th-century Arab geographer, meticulously documented both favorable and hazardous times for sailing to or from particular ports. From this monsoon data I could estimate within a useful seasonal range the times of Ibn Battuta’s voyages between African, South Asian, and Middle Eastern ports.

Is there an article, book, movie, blog etc. that you could recommend to fellow AHA members?I never taught big history, but David Christian’s Maps of Time: An Introduction to Big History and Fred Spier’s Big History and the Future of Humanity have impelled me to think more systematically about the human past on very large scales.

What do you value most about the history discipline? I am amazed at the way new fields of inquiry keep opening up. We have had the linguistic turn, the transnational turn, the new cultural history, the new world history, environmental history, big history, and so on. Since the birth of the modern profession, historians have continued without pause to discover new angles of vision on the past.

Why is membership in the AHA important to you? In the early 1980s I started going to the AHA annual meeting because it warmly facilitated the founding of the World History Association. I kept going because the AHA was the professional bazaar where one could freely shop for ideas and network with colleagues without regard for regional, topical, or theoretical borders.

Do you have a favorite AHA annual meeting anecdote you would like to share? The annual meeting in Denver in 2016 was a gratifying occasion for me because Pat Manning presided. I have thought back to 1963 when on our first day of graduate school in Madison we sat down in Philip Curtin’s Expansion of Europe class. We were both intrigued by the idea of investigating the past comparatively and on a world scale. From then on our careers ran on parallel tracks in several respects, and we have remained friends for 55 years.