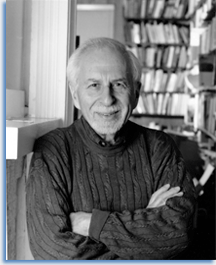 Alfred F. Young died at age 87 in Durham, North Carolina, with his wife of 60 years, Marilyn, and three daughters, Sarah, Emily, and Elizabeth, at his bedside. Known as "the godfather of artisan studies," he was at his workbench until the very end. Friend of hundreds and mentor of scores, he was one of the few early American historians who challenged the consensus school of American history during the Cold War and lived to see his history of class struggle and class-based politics widely acknowledged and honored.

The second son of a Polish immigrant who had come to America in the early 20th century, Young grew up on Long Island and graduated precociously from high school at age 16. Excelling at Queens College (BA, 1946) with a major in economics, Young finished his MA in one year at Columbia University. At Queens College, his emerging sense of the importance of the underside of American history had been nourished by Vera Shlakman and Henry David. At Columbia, Young found encouragement from Richard Morris, who led the way in milking difficult legal sources to uncover patterns of labor history. His master's thesis (1947), written as the cloud of McCarthyism gathered, examined the outcry against the Alien and Sedition Acts of 1798.

Young pursued his studies at Northwestern, where he earned his PhD in 1958 while also teaching at Wesleyan, the University of Connecticut, and Paterson (N.J.) State Teachers College. The book from his dissertation was published in 1967 as The Democratic-Republicans of New York: The Origins, 1763–1797 by the Institute of Early American History and Culture and won the institute's Jamestown Prize.

Young was both a scholar and activist and he acted on his beliefs in and out of the classroom. He served on the American Historical Association's Committee on the Rights of Historians, documenting violations of academic freedom when dissenting scholars faced pressure to sign loyalty oaths or faced dismissal from the academy. At Northern Illinois University (NIU), where he was appointed in 1964, he was active in opposing the Vietnam War and worked with the local ACLU to protect student freedom of speech and assembly rights against the incursions of the campus police.

It was in this period that Young shifted his focus from political parties to the lives of colonial and revolutionary artisans. From years of sleuthing in Boston sources for evidence of artisan rituals, cultural habits, and traditions inherited from England, he produced a masterpiece essay, "George Roberts Twelves Hewes (1742–1840): A Boston Shoemaker and the Memory of the American Revolution." Published in the William and Mary Quarterly in 1981, the essay was juried as one of the most important essays in the Quarterly in 50 years. The Hewes essay has been reprinted in numerous anthologies, widely assigned in graduate seminars and in 1999, after Young had expanded his meticulous scholarship and reworked the script, Beacon Press published the landmark essay in a much-expanded form as The Shoemaker and the Tea Party: Memory and the American Revolution (1999).

Young worked with great passion and discipline, not only to give voice to ordinary people, but also to make the history of ordinary people accessible to the public. In 1987, when asked to co-curate a "permanent" exhibit at the Chicago Historical Society, "We the People: Voices and Images of the New Nation," Young worked with curator Mary Janzen and former student Terry Fife "to rescue from oblivion … the ordinary men and women who played so vital a part in the events of the day." From 1987 to 2005, thousands saw a panoply of print and three-dimensional objects, along with lively and engaging captions and panels that invaded the consciousness of visitors.

After retiring from Northern Illinois in 1990, Young threw himself into new projects while finishing old ones. In 1993 he teamed up with Fife and Janzen to reproduce the "We the People" exhibit in book form. For several years, he toiled at the 146-page capstone essay for The Transforming Hand of Revolution: Reconsidering the American Revolution as a Social Movement (1995). In 2011, the essay was republished in Whose American Revolution Was It: Historians Interpret the Founding (2011). In the late 1990s, Young struck out on a new venture—to explore the life of the remarkable Deborah Sampson, a young woman who fought as a man in the Continental army, which resulted in Masquerade: The Life and Times of Deborah Sampson, Continental Soldier (2005). While a senior scholar in residence at the Newberry Library, Young helped found and lead the library's long-running seminar on Early American History and Culture. In 2004, the Organization of American Historians, where Young was a regular participant and committee member for half a century, honored him with the Distinguished Service to the Historical Profession award. In 2010, he received the NIU College of Liberal Arts and Sciences Distinguished Faculty Award.

After moving to Durham in 2007, Young dedicated a collection of his essays to his grandchildren, published as The Liberty Tree: Ordinary People and the American Revolution (2006). At age 83, Young devoted himself to a final project, Revolutionary Founders: Rebels, Radicals, and Reformers in the Making of the Nation (2011). When he died, he was working on the afterword to a revised edition of The Shoemaker and the Tea Party, commenting on the modern-day "Tea Party" and its extreme distortion of the event, a significant new chapter in his ongoing treatment of historical memory.

For many years of working together, I thought of Al as a comrade-in-arms and a faithful supporter in the days of the National History Standards controversy. He was my unforgettable, indispensable friend, and memories of him will swim around in my mind whenever I listen to Dan Fogelberg's "Leader of the Band." He never received as many honors as he deserved, always regarded as something of an outsider as he himself believed. However, the work of only a few historians of the early American era will have such a lasting effect.

Gary B. Nash prepared the original version of this essay for the online edition of Uncommon Sense, the newsletter of the Omohundro Institute of Early American History and Culture.