Falling Out of Love with Living in the Past 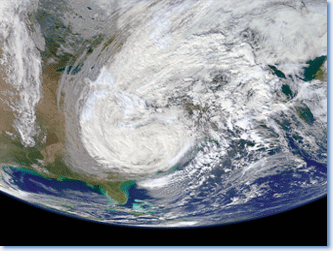 For as long as I can remember, I've been obsessed with what life was like in other times and in lands far, far away. When I was small, it was the Vikings and their giant ships. Then the Romans and their astonishing engineering feats and legal system. The fearless colonials who traveled to North America and set up communities in a strange new land. The suffragettes and flappers who forged the path for women to have freer lives. I read voraciously about them and many others and visited countless museums, learning every detail about their lives. Or so I thought.

In November 2012 I marked my 15th anniversary as an editor of history books while living in a quasi-land of the past. As an editor, I had immersed myself in the words of hundreds of manuscripts and reviewed proposals for countless prospective books. I had, in a way, made a career out of thinking about the past. This time, though, I wasn't living in the past by choice. This time it wasn't what they call "living history" at sites like Old Sturbridge or Colonial Williamsburg or the Fortress of Louisbourg, where people in period costume recreate the past. It wasn't a PBS historical reality show such as Frontier House or 1940s House. It wasn't even through reading a compelling history manuscript.

It was Long Island in the wake of Hurricane Sandy, where I lived without power and water for 12 days. And I was, relatively speaking, among the very lucky: my home was not damaged, and my family was safe.

In my wanderings through past worlds, I could read about dire weather conditions faced by people in the past—epic winter storms, blistering heat waves, harsh winds that shook houses to their foundations—but no amount of imagining could make me understand what that actually felt like. Until I got my own taste of how long it takes to light coals and get a fire going (multiple times a day), or how inconvenient and unhygienic it is to have to tramp out in the cold and dark to use a toilet and wash in cold water, or how time-consuming it is to keep food from going bad without refrigeration, or how frustrating long gas queues on alternating days can be, I failed to appreciate what it is like to live absent modern conveniences.

I could try to fool myself—people in the past didn't know these conveniences we enjoy, so they didn't know what they were missing; conditions were getting incrementally better over time, so every new improvement increased their quality of life. But people were still vulnerable to the forces of nature in ways that no doubt left them feeling helpless. Perhaps this is why religion played such a great role in their lives. Perhaps this is why communities pulled together in ways that many regret have been lost in the era of "bowling alone."

I spent a lot of time last year pondering William Powers's Hamlet's BlackBerry: Building a Good Life in the Digital Age. I turned to Powers again during the hurricane, to his description of our paradoxical need to be connected and part of the modern world, tuned in to technology, even as we simultaneously crave disconnection and speak of a deep nostalgia for a simpler past, a time when we were freed from a constant digital stream and could think more deeply and creatively. We are not alone in feeling that the world is moving too fast; history reminds us that this sensation is a constant in the human condition, not something unique to our digitally maximized society, and Powers reminds us of this anew. But in the aftermath of Sandy, this experience of powerlessness, literal and metaphorical, was a more visceral reminder of what it is like to live in a time of near-disconnection, to have an enforced period away from the 24–7 barrage of data and the feeling that all of it is critically important and demands constant attention.

When the sun set, at about 5 p.m., it made for a very long, dark night. Candles may seem romantic on a dinner table, but it's hard to read by them for long. They give out little heat. It's nearly impossible to hold a book while wearing gloves. I found myself rising and sleeping with the sun and remembering something about the history of the night—about people in medieval times having two phases of night sleep—but not being able to check this as I had no Internet access and the book was not at hand.

Since Newsday managed to print and deliver papers daily, I found myself reading it cover to cover, in the hopes of capturing every little bit of information about the situation and grasping for hope. The neighbors traded gossip—how long they spent waiting at the gas station, where they found free ice, who got power back in what town, how much food they had left, when they would pack up and evacuate somewhere. For the most part, people had a communal spirit, but everyone was also frustrated, cold, dirty, and just plain tired. Despite my best efforts to remain calm about the situation, to embrace my helplessness, to be distracted by editing manuscripts during the day, to think of the entire experience like a camping trip with more comfortable beds, I felt my spirits dropping along with the thermometer every day. I couldn't take a shower and went to sleep cold, despite layers of long underwear and multiple sweatshirts.

I didn't forget my life before the hurricane, but I found myself receding from my job as the days passed, looking with new eyes upon e-mails marked "urgent." Still, I obsessively charged my three BlackBerry batteries wherever I could, in order to stay connected to the Long Island Power Authority webpage, the New York Times, Twitter, anything that would give me some link to the outside world. Especially to friends, near and far, but mostly far, who provided emotional comfort and offered places to stay, even if I couldn't possibly get to them. I tweeted messages from "pioneer house" simply to give myself some outlet for thoughts swirling around my head all day and especially at night. People I barely knew or don't know at all wrote to tell me to hang in there and to offer assistance.

Much discussion about history education revolves around the quest for a "usable past," often referring to books and public history sites that explicitly stress how the past can be used to shape an understanding of the present. I have resolutely stood as someone who instead wants to appreciate history on its own terms, without it having to generate a contemporary lesson, to value the storytelling aspects of history without that narrative necessarily having direct, present-day applications. Before this autumn, though, I had never realized how fully my scholarly training and my profession have caused me to think about and experience the present differently and how they have affected my ability to the live in the present and think about the future.

Bill Powers wrote, "The future is full of promise, but we have to focus on the present, how we're living, thinking, and feeling right now." I will always love history but I think that, after Sandy, I may spend more time in the present and a little less time wishing I was living at some time in the past. If that is an enduring lesson from the hurricane, and the nor'easter that followed, then perhaps I will have taken something meaningful away from what felt like a grim situation without end. I try to remember this now that the power and water are back and life as I knew it—with its attendant "urgent" demands—has resumed.