What I Wish I’d Known Then

Following in the footsteps of Mary Beth Norton as AHA president, and Perspectives columnist, is a daunting prospect. Among her columns were three that assembled information from a “thoroughly unscientific” survey about how historians chose fields and formed networks, and why they became historians in the first place. In this spirit, I have conducted an equally unscientific survey of historians, asking six of them what they know now that they wish they’d known when they were starting out. They had a lot to say. One began his response with “Oh, where to begin?”

The most common theme among the six is that they wish they had asked for more help from experienced people. The Texas professor, despite starting grad school at age 32, now thinks he was “alarmingly naïve in retrospect.” He wishes he had been “less shy about . . . asking mentors for assistance in shaping search strategies (applications, interviews, and all that). For some reason, I thought I was supposed to navigate all that on my own.” The adjunct wishes he “had known how many of my colleagues had solutions to my pedagogical questions. . . . Early career historians are often hired on a contingent basis (adjunct, fixed-term, emergency replacement) and feel that discussing pedagogical struggles may signal to their colleagues that they can’t hack it.” I feel much the same way. In graduate school, I almost never sought advice, thinking (as I recall) that asking would indicate some deficiency on my part. It was only once I had a job that I felt comfortable asking my elders for their wisdom. That was foolish.

In graduate school, I almost never sought advice, thinking (as I recall) that asking would signal some deficiency on my part.

The six historians I surveyed are all experienced teachers. Two said every grad student should try to teach at a community college to get what one of them called “real-world” experience. Universities with history PhD programs are not a representative sample of likely future employment, so it helps to work in other environments. Specific regrets about teaching included not realizing that students don’t love history as much as you do and that you have to meet them more than halfway. Most felt that their graduate school educations had not prepared them properly, maybe not at all, for the challenges that came with teaching large numbers of students with abilities, interests, and levels of curiosity that ran the gamut. 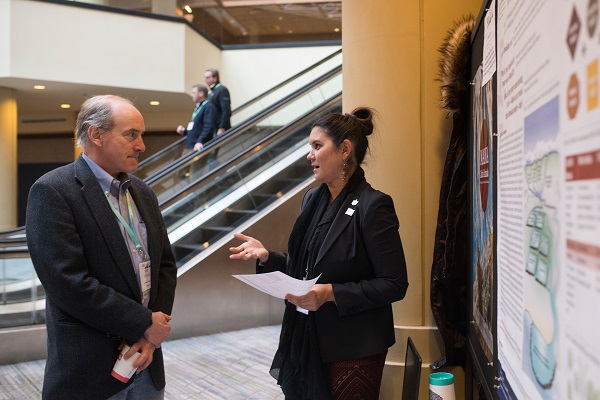 In my case, I had taught geography and economics in a Greek high school, which helped. When I began teaching American college students, I thought I was a good teacher, with course evaluations to prove it. But in truth, I had been a young teacher and popular because I was young. I knew the music my students listened to and the movies they watched, and caught the pop culture references they made. But before long I was closer in age to their parents than to my students, and I had to do things differently. If I had foreseen this properly, I would have prepared for it better. That was foolish.

I did not apply for grants to support my dissertation research. I believe I was unaware that such grants could be had.

My respondents also thought they made rookie mistakes as young researchers and writers. One wrote that she wished she had known that everyone needs an editor. Another regretted that she did not know how important it is to apply for research grants. One “really wished” she’d done a postdoc and kept up her foreign languages. As I look back, my two greatest blunders in research came in grad school, and both resulted from my youthful fear of asking for guidance. I did not apply for grants to support my dissertation research. I believe I was unaware that such grants could be had—despite the fact that my father was an academic historian. I tried to live on a graduate student’s slender stipend for seven months’ work in Spanish archives, skipping the coffee and camaraderie that bolstered most researchers. Toward the end, I had to borrow money from a sympathetic archivist. I could have learned about research grants by asking, but I didn’t. That was foolish.

My second blunder was choosing a comparative history topic for my dissertation, which meant that I did not fit snugly into any established categories in the academic job market. I think that is part of the reason that I struggled for three years after I finished to find a job. That was not foolish. I think research in comparative history is wonderful—but not a good career move for someone just starting out, then or now.

One wrote that working in a restaurant helped her learn to be patient with the foibles of the human race.

Some of the most useful things my respondents had to say concerned life in general as a historian. One wrote that working in a restaurant and learning to be patient with the foibles of the human race was good preparation for life at her institution. Another emphasized how tough a healthy work/life balance can be when there is always more work one could do, and often more one must do. He stressed how important it is to recognize that all one’s colleagues are struggling to navigate that as well, and to connect (and commiserate) over that. The history profession can be lonely if you let it. Its demands can wreck marriages and split families. You have to learn, and the earlier the better, to put limits around the expectations you place on yourself and reserve time for merely human activities, ideally with family and friends.

For my part, I agree about restaurant work. I think I learned more about people and American society in three months in a Delaware restaurant when I was 19 than in my lengthy (and valuable) formal education. A healthy work/life balance is something I’m still striving for. I expect to achieve it immediately following my tenure as AHA president.

John R. McNeill is president of the AHA.