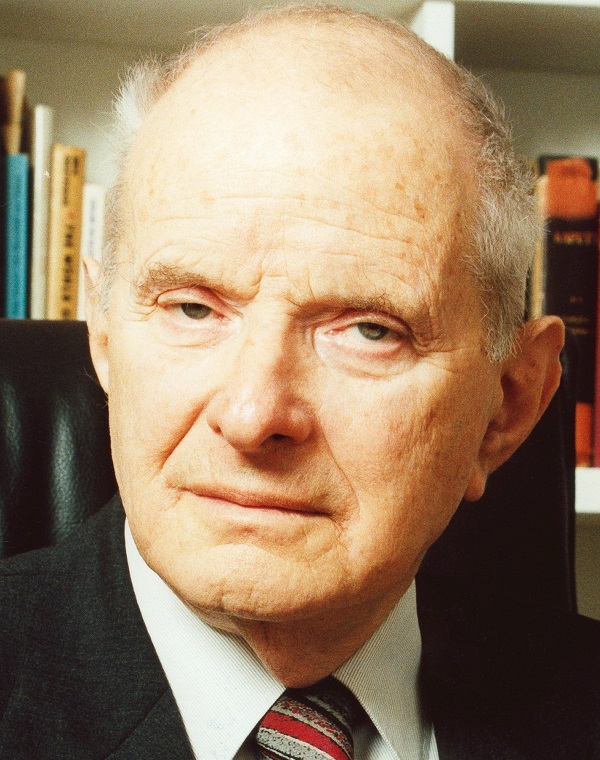 Walter Laqueur, a historian who made major contributions to the history of the Holocaust, Europe during and after the Cold War, terrorism, the Soviet Union, and the conflict in the Middle East, died on September 30, 2018, at his home in Washington, DC. He was 97.

Walter Louis Laqueur was born into a Jewish family on May 26, 1921, in Breslau, Germany (now Wroclaw, Poland). His father, Fritz, manufactured overalls. His mother, Elsa (Berliner) Laqueur, was a homemaker. Both were murdered in the Holocaust. In 1938, when he was 17, he fled just a few days before Kristallnacht, the November pogrom against Jews by uniformed Nazis and their civilian sympathizers. He found his way to Palestine, where in subsequent years he enrolled in the Hebrew University and covered the Middle East as a journalist. In 1955, he moved to London, where, together with George Mosse, he founded and then co-edited the Journal of Contemporary History, which remains a leading venue for scholarship in the field of European history. From 1965 to 1994, he was director of the Wiener Library for the Study of the Holocaust and Genocide, a leading archive in London.

His History of Terrorism (1977, 2001) and The Terrorism Reader: A Historical Anthology (1987) were very important for stimulating historical research in that field. His History of Zionism (1977, 2001) remains a standard work. He made important contributions to the history of the Holocaust with The Terrible Secret: Suppression of the Truth about Hitler’s Final Solution (1980, 2012) and his co-edited Holocaust Encyclopedia (2001). Laqueur’s The Changing Face of Anti-Semitism: From Ancient Times to the Present Day (2006) integrated the “old” antisemitism with Christian and modern secular roots to that emerging from Islamist sources since World War II. Following the era of Glasnost in the 1980s, he published The Long Road to Freedom: Russia and Glasnost (1989) and Stalin: The Glasnost Revelations (1990). In 2015, at the age of 93, he published Putinism: Russia and Its Future with the West. In addition to these works, Laqueur published multiple volumes of essays that combined historical scholarship with analysis of ongoing events.

In Washington, a capital city famous for its short attention span, Walter Laqueur was that rare scholar and intellectual able at once to make contributions of an enduring nature to the discipline of history while also writing astutely about recent and sometimes ongoing events. Though the term is overused, there was a greatness about him, a greatness evident in his indomitable spirt and discipline when working on the most serious of topics, in the boldness and clarity of his writing, as well as in his warmth and enjoyment of conversation with colleagues across several generations. He left a precious scholarly legacy that will hopefully stimulate, provoke, and inspire historians in this country and around the world for many years to come.