More Than Just Cut and Paste: The Conference Poster and Its Contribution to the Annual Meeting

Stepping onto the Hilton’s second floor on Sunday at the annual meeting, one couldn’t help but notice a sort of formal informality about the strip of posters and their presenters. The conference poster sessions, still somewhat new to AHA annual meetings, allow those attending to offer up their research in ways that only their imaginations can limit. At the same time, those passing through are given a chance to digest all this recent and ongoing research in a less scheduled manner. Excited to cover the two poster sessions, I had the chance to speak with the majority of those presenting, some at considerable length, and what I found was a whole range of explanations for opting for the poster route. In short, this recent inclusion to AHA annual meetings adds a unique dimension to the meeting experience. 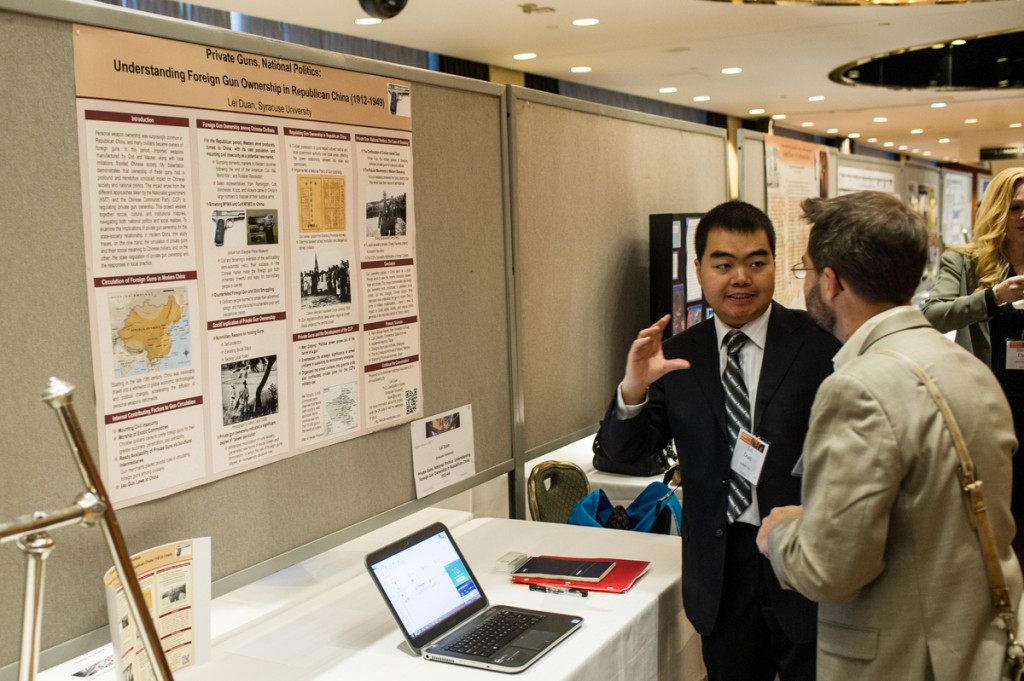 What led you to opt for a conference poster? I opened my barrage of inquiry with some form of this question. After getting the initial rundown of each project, a theme emerged around the visual elements each project involved. Striking visuals, like the video Lisa Rand had on repeat that showed how much fresh space debris is created when Gravity-like scenarios play out, or Christine Axen’s use of GIS mapping to track and illustrate the ownership and use of space in 13th-century Avignon, France, bring projects to life in ways text or a fleeting image in a session PowerPoint fail to do. The simple textual explanation of projects such as these could hardly do justice to the details and scope of the material at hand. Even projects that did not rely on images to communicate their research benefitted from a less linear presentation; everywhere, engaging mind maps and graphical presentations of textual content could be seen. Such visuals also prove very effective at drawing in and engaging passers-by.

Several presenters took things a step further by making their posters interactive. Computers and tablets allowed the meeting attendees to experience new resources firsthand. For instance, the duo from The New School, Guy Greenberg and Norma Juarez, presented a remarkable digital history project on AIDS activism, which included transcripts, indexes, keywords—the whole nine yards. The screens also proved useful in the untangling of history itself. Rob Allen made the trek from Auckland University of Technology, in New Zealand, to display his Spreading the Light project, which offers background on labor figures and the web of organizations present in 1880s New York. Meanwhile, Amy Absher, from Case Western Reserve University, tackled the computer game Minecraft as a space for history, using the game as the vehicle for students to reconstruct the 1939 New York World’s Fair. For those unfamiliar with the game, Minecraft allows outsiders to access created worlds, and Absher had the game-world replica of New York’s 1939 Flushing Meadows on a fly-through display at her poster. 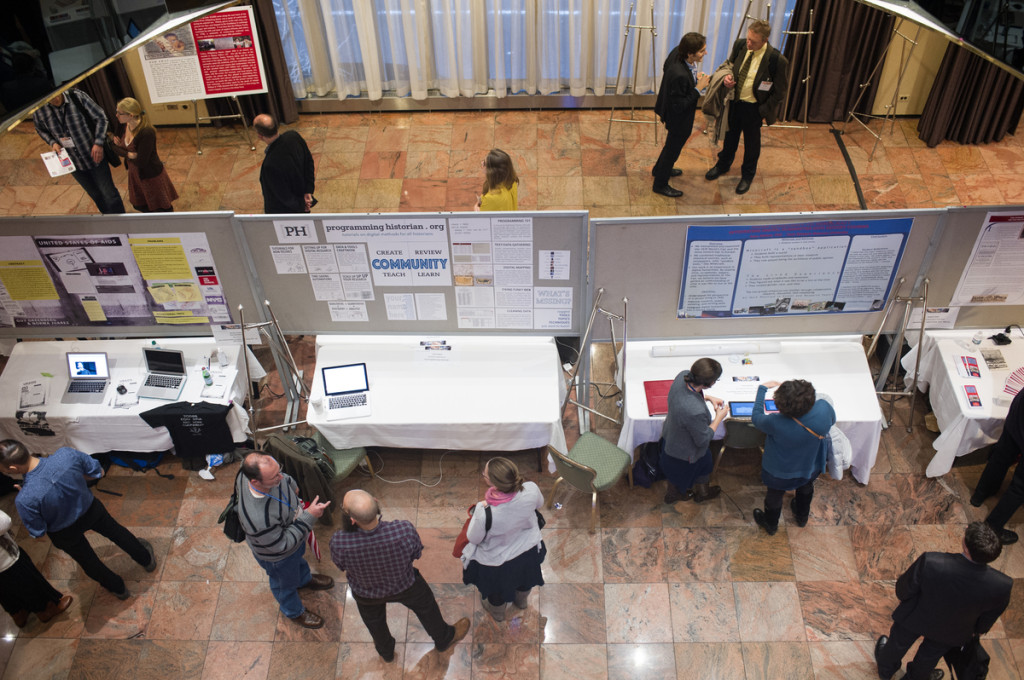 Overlooking the poster hall. Greenberg and Juarez’s poster is pictured on the left, with Fred Gibbs’ in the center, and Amy Absher’s on the right.

Accessibility proved to be another benefit I gathered from presenters. Rather than scrambling to ask something during the comment portion of a session, onlookers could get a presentation geared toward their own levels of topical expertise on their own time. This range of communication is important in a field where scholars are always plagued with having to prove the significance of their work; thus, poster presentations serve as useful development opportunities for emerging scholars.

Would you like to submit a poster proposal for the 2016 annual meeting in Atlanta next January? The February 15 deadline for proposals is quickly approaching. For information about proposals, see the Submitting a Proposal page. For information and resources regarding posters, see the Poster Resources and Guides section of the AHA website. 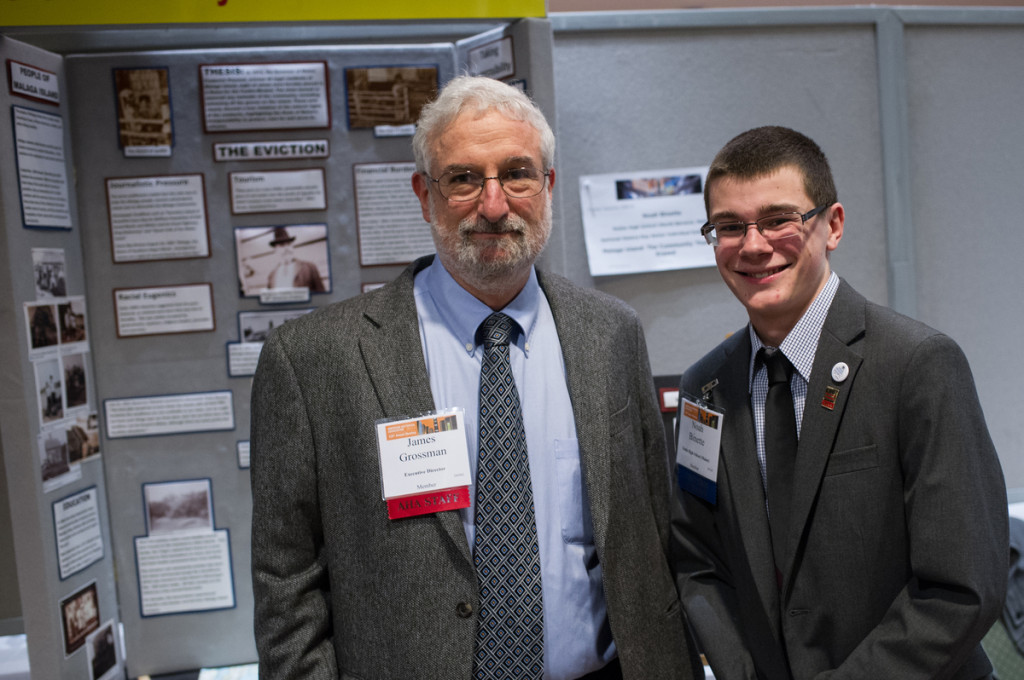