John Phillip Lomax is a professor of history at Ohio Northern University. He lives in Ada, Ohio, and has been a member since 1985. 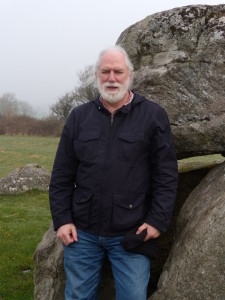 In Mrs. Dolan’s sixth grade history class. She was the finest classroom teacher I have ever had: smart, inventive, engaging, respectful, and hands-on.

No. I was and I remain guided by the perception that, in the Middle Ages, nearly everyone agreed that a legal argument was the best defense for doing or not doing anything. Thus I continue to analyze medieval texts from the juridical perspective to unpack how persons in the 12th- and 13th-century Europe explained, promoted, and defended their ideas and actions.

Brian Tierney’s book, Religion, Law and the Growth of Constitutional Thought, 1150-1650, which contains more useful (and superbly documented) insights about the origins and development of Western political life than any one book I have read. It fits the definition of mature scholarship perfectly: readable, compact, and important. On a lighter note, the film Ladyhawke is a fine modern representation of the medieval worldview. Notwithstanding its dreadful 1980s soundtrack, the story takes itself and its material seriously. Not a trace of postmodern irony, which I like and respect in a story set in the Middle Ages.

That it provides a really effective set of tools to evaluate the truth claims that people—myself included—make about the past or, for that matter, anything. It has instilled in me the question, “How do you (or I) know that?”

I remain a member of the AHA because I like to keep up with historians and with the history profession. Indeed, I delight in finding out what my colleagues are doing and saying. But I joined the AHA to get the job listings.

I was looking for a job at the annual meeting in Chicago in 1987. My old professor Karl Morrison introduced me to his friend John Hope Franklin, which left me a bedazzled. Not 10 minutes later another old professor, Jules Kirshner, asked me, “Are you still around?” That brought me back to earth!

My wife and daughters, gardening, and the landscape of southeastern Nebraska.

First, I value reading, writing, talking, and thinking things through. I exercise and profess these operations daily. Second, history is about as much fun as the law allows.