The pages of the Hill Rag, Capitol Hill’s monthly newspaper, were filled with remembrances of Steve Cymrot last month. Steve, who passed away on November 29, was the founder of the Capitol Hill Community Foundation, owner of Riverby Books on East Capitol Street, and the mastermind behind the Capitol Hill oral history project, all of which are projects that he worked on with his wife Nicky. 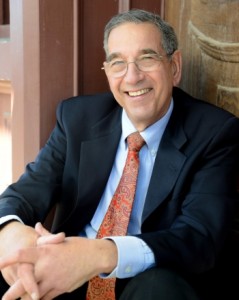 Every one of Steve’s contributions to the Capitol Hill neighborhood enriched the lives of its residents. After the fire that damaged the 1873 Eastern Market building in 2007, the Capitol Hill Community Foundation, which Steve presided over for many years, “helped the indoor South Hall merchants survive the downtime until the temporary market and later the original market were ready to operate,” Bernadette McMahon told me. The foundation also “paid for a public relations campaign to let the public know that the market was still open. The latter effort included paying for musicians to perform on Sundays, to help draw the crowds back to the market.” This year the foundation raised $300,000, which will fund various projects around the neighborhood.

Steve helped save another important Capitol Hill building, the 1866 Old Naval Hospital, with Nicky. That effort took about 10 years, said Stephanie Deutsch, local author and a friend of Steve’s. The building now houses the Hill Center, a community center that hosts classes, art shows, concerts, and other events that are open to the public. “So much of historic preservation focuses on buildings, not on the stories of people who lived and worked in these buildings,” she said. But for Steve “the community and its stories—that’s the essence of historic preservation.”

The Ruth Ann Overbeck Capitol Hill History Project is named after a local historian who researched the history of the neighborhood. When Overbeck was diagnosed with cancer, Steve, Nicky, John Franzen, and others in the community decided to start an oral history project in her memory. They formed a steering committee, raised money, bought recording equipment, and asked Bernadette and Jim McMahon to serve as managers, Bernadette told me. Volunteers for the project have recorded or collected over 200 interviews of longtime Capitol Hill residents, including one with Steve and Nicky; the project website currently includes full transcripts of 173 of those interviews. Among the collection of older oral histories are 10 that were recorded in the 1970s. “At that time, before the Restoration Society was preparing to apply for historic-district status for Capitol Hill,” Bernadette said, “They wanted to come up with boundaries. One of the questions they asked people was where did you think was Capitol Hill?”

The Capitol Hill Oral History Project then began to hold a lecture series at the Naval Lodge Hall, a Masonic lodge that was built at 330 Pennsylvania Avenue SE in 1895. The lectures, held four times a year, were attended by hundreds of people from the neighborhood, including Steve, who often brought with him the speakers’ books. The next lecture will be in February. 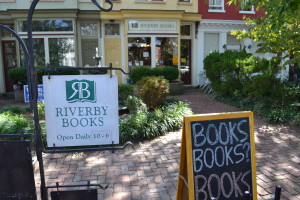 I knew Steve as the generous owner of Riverby Books. Before the bookstore closed. I used to spend peaceful weekends behind the cash register, surrounded by books. Steve gave away books—to children on Halloween, to me when I fell in love with a 200-year-old guidebook to the lakes of England, and to neighbors who would come to the store and say, “Steve lets me take books without paying for them.” When Stephanie Deutsch was working on her book You Need a Schoolhouse, Steve would show up at her doorstep with relevant books he had found.

I have been told that Riverby was one of Steve’s gifts to the neighborhood. And it was. The bookstore housed a massive collection of books about the history of the neighborhood, and books by local authors (including Jonathan Alter, who has written two books about US president Barack Obama). Whenever Steve was at the book shop, he would engage people who wandered in with his witty comments and jokes. With me he shared stories of the neighborhood and its past. He would also tell me about the latest treasure he found at an auction or estate sale—the two that impressed me the most were a first-edition signed copy of Robert Frost’s collected poems, and a copy of Alice in Wonderland, signed by Alice herself (Charles Lutwidge Dodgson gave Alice Pleasance Liddell, then 10 years old, his handwritten manuscript of the book as a Christmas present).

So many people in Capitol Hill made the bookstore a part of their weekend rituals—breakfast at Jimmy T’s, then an hour of browsing at Riverby is one. Many came looking for the $1 books, which were really worth a lot more than that (proceeds went to the Capitol Hill Community Foundation). During the election season, people running for office and volunteers met at the bookstore to distribute canvassing materials. Volunteers at the Capitol Hill Community Foundation stuffed envelopes and stacked boxes full of fundraising materials at the bookstore. And for some, the bookstore was a place to sit and rest with a warm cup of tea, as neighbors new and old came in and caught up on each others’ news.

Steve Cymrot gave so many gifts to this neighborhood—an appreciation of the history of Capitol Hill, a sense of community, and an example of how one can be a citizen of this world. As we mourn his loss, we remember his idealism, and strive to give as he gave.