Bonnie S. Anderson is an emerita history professor at the City University of New York. She lives in Brooklyn, New York, and has been a member since the 1970s. 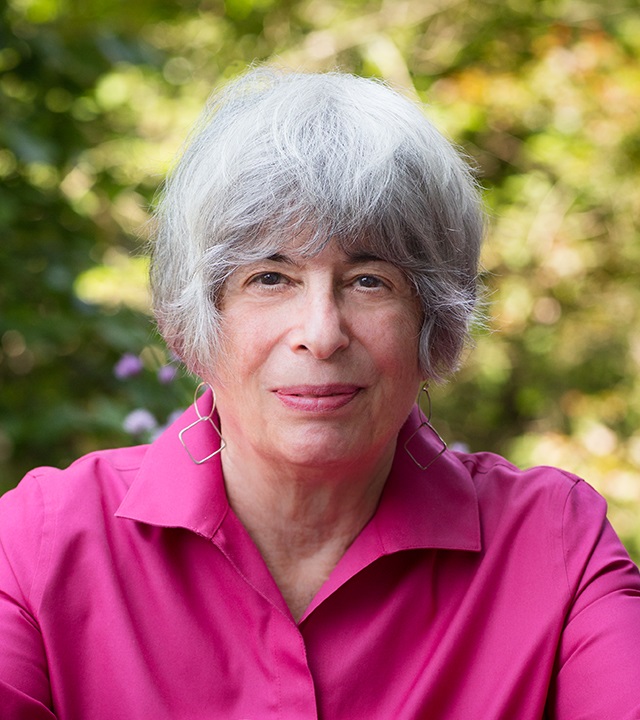 Describe your career path. What led you to where you are today? My family, who was well-off, refused to support me in graduate school, since I was a “girl” and would only get married and have babies. So I went to work for a year, writing the American Heritage Dictionary, to make money. I then married and my husband totally supported my graduate work. In fact, I was ready to quit after the MA and he convinced me to go to the PhD. I found Columbia an extremely sexist place. When I began to teach (for free as a grad student), the head of the department told me, “Columbia students don’t like women.” I thought, if I was black and he said that, that would be wrong. After a few similar events, I joined Columbia Women’s Liberation in 1969. It took me a few more years to put my private and professional life together, but in ’73 or ’74, I joined CCWHP (the Coordinating Committee for Women in the Historical Profession) and began working in women’s history.

What do you like the most about where you live and work? I am a lifelong New Yorker, born in Manhattan, and love the city. People tease me because I worked at Brooklyn College for almost 35 years and commuted from Manhattan. Then, after I retired in ’05, I moved to Brooklyn. I love it here. I live on the parlor floor of an 1882 brownstone, with central AC, etc. and am in Park Slope, only a block from Prospect Park, where I frequently bike.

What projects are you currently working on? I just finished a biography of Ernestine Rose (1810–92), an amazing 19th-century feminist, freethinker, and abolitionist. She was born the only child of a Polish rabbi, left home at 17, lived in Berlin, Paris, and London, before moving to New York City with her English husband in 1836. They lived here until 1869 before moving back to England and in the 1850s she was more famous than either Stanton or Anthony. The book, The Rabbi’s Atheist Daughter: Ernestine Rose, International Feminist Pioneer, will be published by Oxford University Press at the end of this year and it will be at the AHA this January.

Have your interests evolved since graduation? If so, how? My first book, A History of Their Own: Women in Europe from Prehistory to the Present, done with my then and now best friend, Judith P. Zinsser, took 10 years to write and was published in 1988. It is still in print and has become a classic. I joke that my books have become smaller and smaller, as the second, Joyous Greetings: The First International Women’s Movement, 1830–60, just covered 30 years, and now I have done a book on a single woman. I plan my next work to be a family history, so even smaller.

What’s the most fascinating thing you’ve ever found at the archives or while doing research? I have two contenders for most fascinating thing found doing research. The first was in the Friends’ Library in London where I was working on Ann Knight, an eccentric Quaker feminist and abolitionist, who lived in France during the 1848 Revolution. In the bottom of a box of her papers, I found a crumpled piece of cloth. It turned out to be French feminist Jeanne Deroin’s election banner from 1849, with Knight’s translation pasted onto it. (The revolutionary French government ruled that women could not vote, but did not say that they could not run for office.) The library did not even know they had it, and in exchange, let me have a photo of it for my book for free.

The second was in the Vassar College archives. It was a small envelope, addressed to “Mrs. Henry Stanton, New York City”—which was delivered to Elizabeth Cady Stanton. It had a Victoria penny black, the first postage stamp on it. I told the librarian how valuable the stamp was and she replied, “Vassar never de-accessions.”

Is there an article, book, movie, blog etc. that you could recommend to fellow AHA members? My new book, of course!

Why is membership in the AHA important to you? The AHA connects me to the discipline and to other members.

AHA members are involved in all fields of history, with wide-ranging specializations, interests, and areas of employment. To recognize our talented and eclectic membership, AHA Today features a regular AHA Member Spotlight series. For previous member spotlights, please visit: http://blog.historians.org/category/AHA-Member-Spotlight/