Straightwashing on the Academic Job Market

Fifteen years ago, in the midst of a job interview, someone asked me if I was heterophobic. That jarring experience has resonated across my career—and in my personal life—ever since. 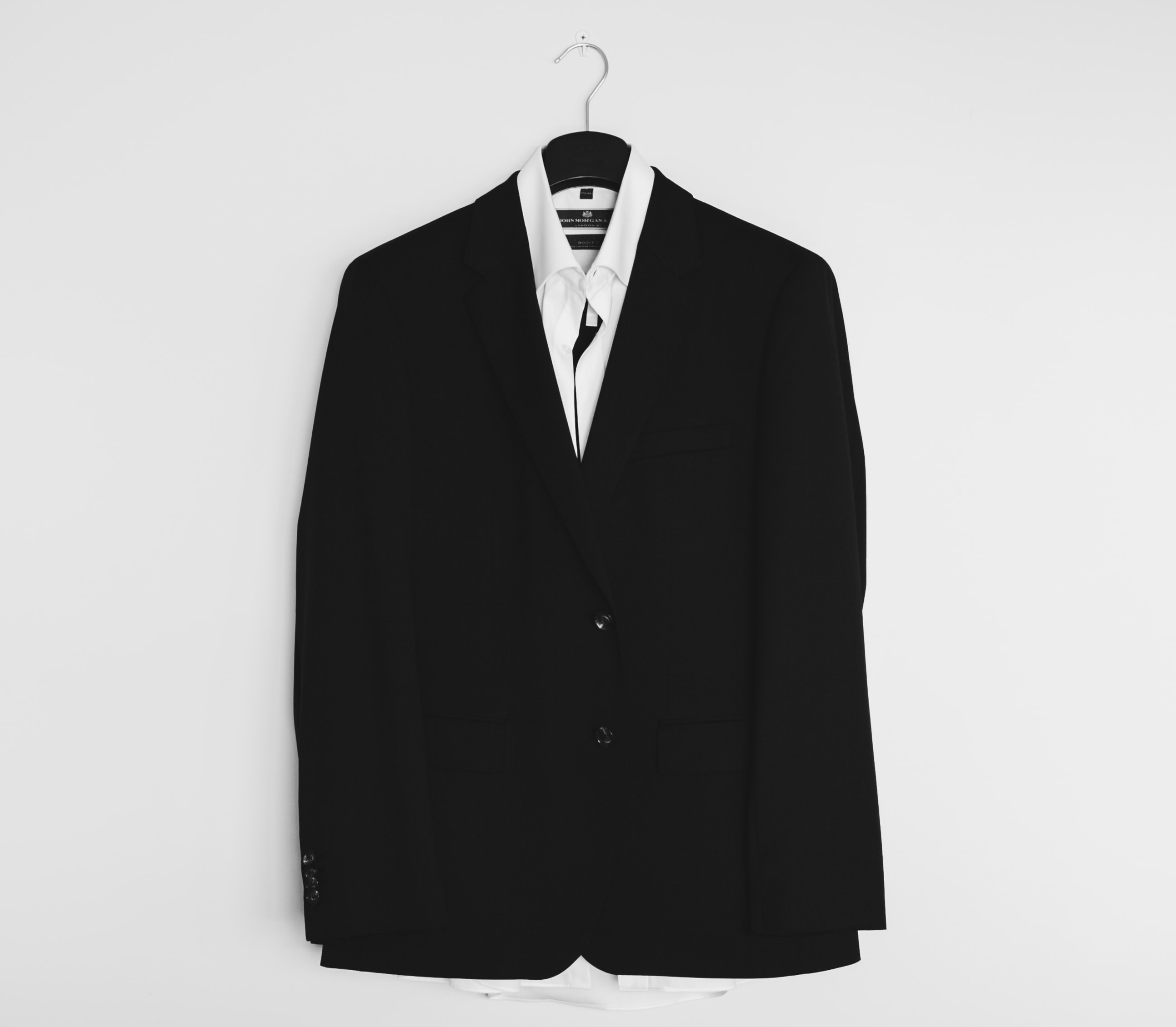 When she put on her suit that morning, Rebecca L. Davis could not have predicted the questions she faced during her on-campus interview. Gez Xavier Mansfield/Unsplash. Image cropped.

The question arose during an on-campus interview for a tenure-track position as a historian of sexuality in the United States. I was in my final year of graduate school and anxious to impress the members of the department. My dissertation charted a history of marriage counseling in the United States, and it considered how secular and religious counselors tried to teach husbands and wives to be particular kinds of men or women and to develop particular sexual identities. I had no inkling at that time that I might someday co-edit a book about histories of heterosexuality nor attempt to write a single-volume history of sexuality in the United States. Yet I can trace much of what has followed in my professional life to that question and its reverberations.

The interview day otherwise went smoothly. From the moment I arrived on campus, the members of the search committee were welcoming and kind. I did not have the moxie to think my project brilliant, but I felt reasonably confident as I walked into the conference room to present my research.

I stood at the front of the room wearing a suit from Ann Taylor Loft, brown with red pinstripes, purchased for the occasion. The suit jacket was boxy, and the pants had the then-stylish wide-leg fit that, I later appreciated, made me look smaller and shorter than I already am. I wore brown pumps, and by the time of the talk, my feet ached. Sweating and chilled at the same time, I cued up my slides and gave my 35-minute presentation, hoping it was good enough. My talk generated a lively discussion. I am really doing this, I thought. They are interested in my ideas.

And that’s when it happened.

He stood up, or maybe he just leaned forward. He had a question. He had read only the introduction to my dissertation, but he noticed that I cited a book by Judith Butler. Was it fair to conclude, he asked, that I was heterophobic?

I had never heard the word “heterophobic” before. Nor did I know that it circulated within reactionary, homophobic, and antifeminist political networks. Put on the spot in that conference room, I mentally derived its meaning: if homophobia means the fear or hatred of homosexuals, then heterophobia means . . . oh. A woman who hates heterosexuals is, presumably, a lesbian, and one with an “agenda” at that. The relationship between my sexuality and my scholarship was the obvious subtext of his question.

Just an hour earlier, I had asked a senior member of the department about the university’s family leave policies. He stammered, then asked, “Do you have a husband, or a partner?” It was the pause after husband, the implied comma, that left me nearly speechless. “Yes,” I told him.

I couldn’t shake the feeling that the question tried to expose me, to strip me of my baggy brown suit to see what kind of woman lived inside it.

Here I was again, now standing in front of dozens of people, answering a question about my sexuality. The silence of the room surrounded me as everyone waited to see how I would respond. “Well, that would come as a surprise to my husband,” I could have said. People would have laughed in nervous relief. But if I needed to straightwash myself to get the job, I didn’t want it.

I smiled and took a deep breath. “I never thought of it that way,” I said. And then I explained that Butler’s book Bodies That Matter: On the Discursive Limits of “Sex” helped me understand heterosexuality not as an objective description of sexual behavior or identity but as a set of expectations, ceremonies, and relations between men and women, remade over and over again, and historically situated.

The question-and-answer period wrapped up, and several faculty members rushed over to apologize on behalf of the department for the hostile question. But I couldn’t shake the feeling that the question had tried to expose me, to strip me of my baggy brown suit to see what kind of woman lived inside it. I'm here to talk about my research and teaching, not my sex life, I thought. As a young cis woman, I had worried that I might be asked about my marital status or plans for childbearing. It had not occurred to me that anyone would ask me about my sexuality.

A few weeks later, the department chair called to offer me the job. I accepted, and I have remained in that department ever since.

Like so many other scholars who work on topics related to gender and sexuality, I learned on that day that other academics not only made assumptions about my identity based on my scholarship but felt entitled to know “what” I was. One of my new colleagues told me that soon after my campus visit, she encountered a group of senior male faculty chatting in the hallway about whether my gem-free braided-gold wedding band was one of those rings—presumably, I suppose, of the sort that they imagined women exchanged at same-sex commitment ceremonies. It was so unsettling: in my presence and after my departure, these older men discussed my sexuality and considered whether it disqualified me from joining their department.

That attempted outing pushed me further into my own closet. In the 15 years since, I avoided discussion of my own relationship to the concept of heterophobia. Instead, I let everyone understand how strange it was for me, as a straight person, to have insinuations of queerness lobbed at me during my job interview.

The truth is that while I’m not heterophobic, I’m not straight, either. I am attracted both to men and to women. My same-sex desires express an authentic and meaningful part of who I am. But my sexuality was the last thing I would ever want to talk about at a job interview. Having the weight of that question hang over my interview experience left me feeling exposed. Several of my colleagues almost certainly breathed a sigh of relief when they learned later that my partner was a man. The more complicated answer to their question was none of their business anyway. The desire to shield my personal life from those intrusive questions made it more difficult for me to be forthright with myself, my students, or my colleagues. That shielding allowed my colleagues to presume my straightness and protected me from further inquiries about my possible queerness. More recently, it began to feel like a betrayal of myself, the women I have loved, and the queer and nonbinary students who bring their authentic selves to my classrooms.

My sexuality was the last thing I would ever want to talk about at a job interview.

The elephant in the room, of course, is that I have made a career as a historian who critiques and historicizes the very notion of heterosexuality. Heterosexuality as we understand it today—a way of describing a particular kind of relationship between a man and a woman defining both the kinds of sex acts they engage in together and their identities across a spectrum of possible sexual identities—exists because of homophobia, and it is usually bound up with antifeminism. The term entered American vernacular speech in order to describe one kind of sexual relationship or identity as normal and preferable, in contrast to the “deviant” desires and identities, including bisexuality and homosexuality, that were disparaged and ostracized. As I explained in my first book—the book that drew from the dissertation I presented at my job talk—marriage counselors in the 1940s and 1950s wrote copiously about “heterosexual adjustment,” a process they thought was essential for all husbands and wives, who might not enter their marriages knowing how to be heterosexual. They had to learn it. Categories like heterosexuality appear descriptive but in fact contain deep and problematic presumptions about what is normal or deviant, privileged or marginalized.

“Heterophobia” is a term that circulates among neoconservatives, who denigrate feminism as anti-family and anti-male, ridicule gender studies, and reminisce about days past when history was less complicated by such categories of analysis. Pundit David Horowitz, who the Southern Poverty Law Center identifies as a purveyor of hate speech, once questioned why an anthropology professor’s course about reducing prejudice included a discussion of homophobia but not of heterophobia. Websites and print publications warn about heterophobia as a threat to free speech. Many of the leading figures on this issue, including Horowitz, have roots in the radical free speech movements of the 1960s. Today, the only speech they seek to protect is their own. Their understandings of power and privilege are shallow at best.

Heterophobia is a pernicious idea, one that suggests that to question sexuality’s normative history is to hate people who sexually desire people of a different sex. The term’s origins among antifeminist white supremacists reminds us, too, that these ideas reinforce one another on the political right, shaping alarmist declarations of an organized assault on white, cis, straight identities.

That interview experience 15 years ago did not foreshadow my experiences of a department that has welcomed and supported me. The colleague who asked me if I was heterophobic likely did not intend to associate himself with Horowitz’s racism. But the memory of that interview shapes my conviction that homophobia and antifeminism, like white supremacy, lurk within allegations that historians who question gender, sexual, or racial norms are pushing an “agenda.” The very notion of heterophobia ignores power and presumes that a critique of patriarchal dominance oppresses men in equal measure as the full weight of gendered power differentials in our politics, economy, and social life oppress women and gender nonconforming people.

Fifteen years ago, I did not challenge the premise of the question about whether I was heterophobic. Today, my answer is unequivocal: it’s absurd.

Rebecca L. Davis is the Miller Family Early Career Professor of History at the University of Delaware and co-editor of Heterosexual Histories (New York Univ. Press, 2021). She tweets @historydavis.