In 1970s Zimbabwe, then known as Rhodesia, my mother was admitted to the University of Rhodesia to study English literature. The country was then under white minority rule, but by 1969, the university campus was home to 470 white students, 320 Black students, and 88 “Asian” (of Indian descent) and “Coloured” (mixed-race) students. My mother, who is of Indian origin, struggled during her classes in the honors program, where her older white male peers “looked down and made me feel like an interloper,” she later told me. That inferiority complex would stay with her for many years. 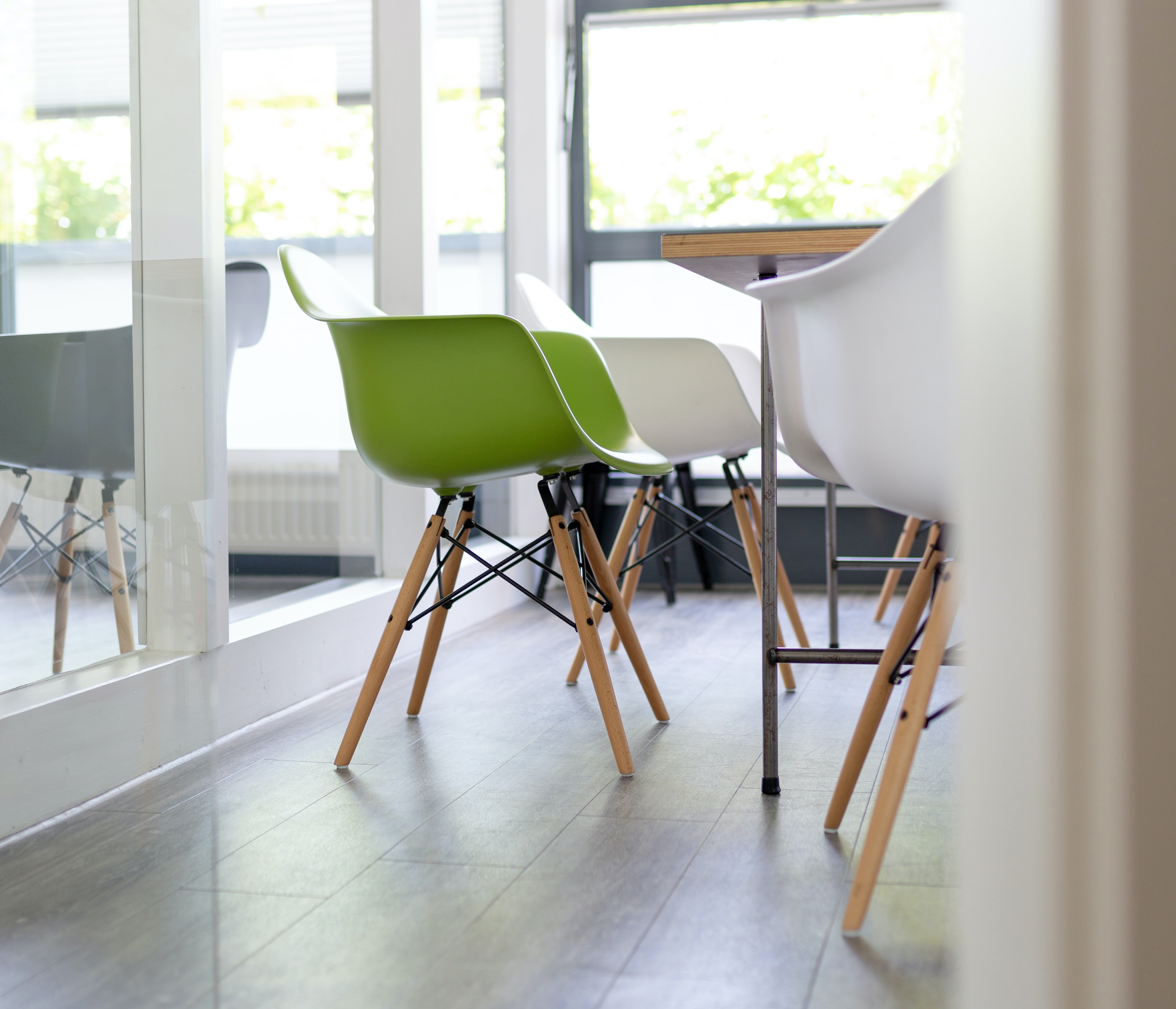 For minority graduate students, being the “only one in the room” is a common experience. New Data Services/Unsplash. Image cropped.

Several decades later, and in another country as a PhD student, I still battle the same demons my mother once did. I have been mistaken for another female student of color in the department. I have been tokenized as only one of three students of South Asian origin in the program. I have been told “jokingly” by fellow graduate students that I am only invited to events or given certain opportunities, or that I was admitted to the program in the first place, to showcase diversity. I have had a rejection letter addressed to “Mr. Patel,” not “Ms.,” because it was not immediately clear whether my non-Western first name was male or female, despite my pronouns and gender being made clear in my application materials. I have been told that my analysis of my own history was “problematic.” As a scholar of Indian migration to Zimbabwe, and therefore of my own community, I consistently have to justify my work in a way that my white colleagues do not, as if my belonging to the peoples I study precludes my intellectual ability to historically analyze their narratives and perspectives.

These are just some of the microaggressions that students who identify as minorities face in academia on a daily basis. Individually, these events may seem minor; collectively, they make us feel like we do not belong. Recent social justice and civil rights movements have incited important conversations about diversity, equity, and inclusion (DEI) both within and outside of academia. But on a larger scale, minority students in general lack institutional and faculty support. In recent years, history departments have made efforts toward diversifying their graduate student bodies as part of a larger conversation regarding the “decolonization” of the academy. But until systemic barriers to inclusion in academia are abolished, meaningful change will not be solved by the creation of DEI committees or attempts to recruit a more diverse pool of candidates.

More often than not, I am the only person of color on conference panels and in meetings, classrooms, and even social settings. In my first semesters of both college and graduate school, frequently I was talked over in the classroom or had my contributions demeaned and diminished by fellow students in classrooms where I was sometimes the only person of color. I have managed to find my voice in those spaces and speak up for myself. But such lack of representation in the academy has an impact. While the diversity of undergraduate student populations has increased dramatically in recent decades, that change is not always reflected in the teaching assistants they encounter in the classroom, particularly in the humanities. As the number of academic jobs has declined since the 2008 financial crisis, many doctoral programs have reduced the size of their entering cohorts, making it even more likely that graduate students of color will become isolated in their programs; such a student is often “the only one” in their cohort or even the entire program.

Individually, these events may seem minor; collectively, they make us feel like we do not belong.

But the gatekeeping standards of the academy go far beyond these numbers. While I was conducting research in the Zimbabwean archives in 2018, a research assistant said to me that “it was really nice to see a woman from here in a PhD program—we don’t see that often.” While serving as the assistant to my program’s director of doctoral studies, I was asked what it would take to increase the diversity of our applicant pool. One answer lies in the fact that the funding offered to most graduate students falls far below a living wage. In 2020, the US Department of Health and Human Services set the federal poverty level at $26,200. US doctoral students across all fields typically earn an annual stipend of $15,000 to $30,000, a wide range that does not account for the much higher cost of living in large metropolitan regions. Immigrant and minority families encourage their children to take on degrees and careers that guarantee them financial security, a status that is far from guaranteed with a doctoral degree in the humanities. I am the only person from my family and from my community back home in Zimbabwe to pursue a PhD in the humanities in recent years. Socioeconomic inequality in the United States already means that minority students are severely impacted by the costs of attending a doctoral program, and the pandemic has only exacerbated these disparities.

Racism and discrimination on campus are further barriers to the participation and success of graduate students of color. White PhD holders still make up the majority of those entering tenure-track positions in the United States, while Black, Asian, and Latinx professors report having to take on the “invisible labor” of mentoring students of color, navigating daily microaggressions, participating in diversity committees and trainings, and legitimizing their scholarship. The lack of representation in student and faculty bodies means that there are fewer mentors of color available for minority students. Until my PhD program, I did not have a mentor who looked like me and who could fully understand my background and my desire to tell the story of my own people. Last year was the first time I had an adviser who sent me good wishes for the Hindu religious holidays that we both celebrate. Additionally, female students of color face intersectional challenges to their participation, and a lack of institutional support makes our progress even more difficult. Creating collegial networks needs to go beyond the fostering of a diverse intellectual environment toward creating channels for mentoring and social engagement that will in turn foster increased minority enrollment—and success—in doctoral programs.

Until my PhD program, I did not have a mentor who looked like me.

Representation matters, and the importance of belonging and inclusion cannot be discounted when it comes to the mental health of graduate students. A sense of alienation from both colleagues and their institution, however, means that minority students face increased mental health issues, including higher rates of depression and anxiety disorders. During my own search for mental health support, I was told that the waiting list for therapy on campus would mean I would have to wait several months just for an initial meeting. It took several visits to different therapists, and hundreds of dollars in copays, before I was able to request a counselor who is also a woman of color. After over a decade of seeking mental health support that worked for me and my situation, having a counselor who shared some of my experiences was important to me. I am not alone in this struggle to find both support and solidarity, and treatment for mental health remains out of the reach of many students on campuses across the country.

How can departments meaningfully address these issues? Internal DEI committees are a laudable first step, but often they are unable to create meaningful change because of the inability of administrators and leadership to talk about race when it comes to their own departments—even as they are able to write historically about and teach issues of race and discrimination. As novelist Lisa Ko tweeted in June 2020, “The revolution will not be diversity and inclusion trainings.” Commitments to making departments “inclusive” are not often accompanied by much action, and hostile or ambivalent work environments make it difficult for students of color to feel included, both socially and professionally.

In the field of African studies, “decolonizing” the academy recently has become a focus, amplifying the voices and work of scholars from the continent and its diaspora. It is important to expand that conversation to all fields of history (not just regional and area studies of the global south) and to expand opportunities for future historians from minority communities both within and beyond the borders of the United States. As historians, we must commit to mitigating—and eradicating—the socioeconomic inequalities that we so skillfully address in our scholarship but fail to address in our departments and in our worlds around us. For me, as a scholar of settler colonialism, this means redressing the systemic and institutional forms of discrimination and inequality that still exist in the United States today. Despite these battles, claiming my identity—as a scholar of Africa and South Asia, of the global south, of colonialism, of race and identity—has meant that I can finally locate myself in my own history in the world today.

Trishula Patel is a PhD candidate at Georgetown University and AHA Career Diversity Fellow from 2019–20. She tweets @trishulapatel.