The American Historical Association is now in the third stage of what has come to be called “career diversity.” Initiated in 2013, with parallel grants from the Andrew W. Mellon Foundation to the AHA and the Modern Language Association, career diversity aimed to better understand the landscape of employment beyond the professoriate in our respective disciplines and to find ways that our PhDs could negotiate that landscape. The AHA’s journey has taken unexpected turns, in large part because of what we have learned from the differing experiences of the 41 history departments that have participated in some aspect of the initiative.

As these kinds of efforts keep expanding, both at individual universities and through such organizations as the American Council of Learned Societies (ACLS), the American Association of Universities, and the Council of Graduate Schools, the term “career diversity” has flowed into general usage—even amid the continued visibility of terms like “malleable” and “versatile” PhDs, “alt-ac,” and more. As our colleagues in literary studies emphasize, language shapes knowledge and hence policy, and we have refined our vocabulary carefully. “Alt-ac,” for example, can imply that PhD employment beyond the professoriate is somehow “alternative,” and that anything other than “academic” as a professional identity is less than what a PhD deserves. And since, as historians, we value agency, we have stepped away from terminology that strips graduate students of the agency that we have known for four decades is an essential aspect of other people’s histories; for example, the AHA no longer refers to the “production” or “placement” of PhDs. (A PhD is earned by a candidate, not produced by a department; similarly, “placement” diminishes the considerable effort it takes to find a job, since it’s the candidate who does so, not their department or adviser.) 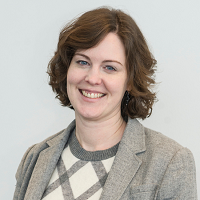 This is more than mere semantics. Career Diversity for Historians has evolved from an initial exploration of actual and potential history PhD career paths to leading cultural and curricular change in graduate education. Our comprehensive data demonstrate that career paths leading to employment beyond the professoriate are not only viable, they’re valuable. We are now collaborating with 20 history departments to incorporate insights gleaned from the first two phases of this initiative.

The term “career diversity” has flowed into general usage—even amid the continued visibility of terms like “malleable” and “versatile” PhDs, “alt-ac,” and more.

These include the imperative to articulate the purpose of a PhD program. Faculty with little exposure to our career diversity work generally offer some variation of the traditional “to train the next generation of producers of new knowledge.” (One wryly said “cloning.”) Increasingly, however, our program participants use language that shows them wrestling with ideas about preparing PhDs for a variety of possible career paths.

That variety has been extended beyond our original focus on careers outside the professoriate. Our PhD programs not only prepare the next generation of researchers of historical knowledge; they also prepare the next generation of disseminators of historical knowledge, whether in the classroom or elsewhere. The PhD is, of course, a research degree. But only 47 percent of people with the degree are in tenured or tenure-track positions at four-year institutions, and of them only a third are at universities where research is the primary focus of actual work.

Another share of history PhDs—roughly 15 to 20 percent—are using their knowledge and skills in occupations other than “historian.” Having history PhDs in the overall workforce is a public good. That’s why Career Diversity is more than a response to a collapsing academic job market. It emphasizes the public utility of historical thinking in many contexts. Our postgraduates bring to the private, nonprofit, and public sectors values and orientations—or, as one of our participants put it, “mindsets”—that are different from those of their colleagues.

That’s why, after countless formal and informal conversations about “purpose” in which we have participated during 19 site visits over the past 8 months, we offer this starting point: perhaps the purpose of a history PhD program is to prepare the next generation of producers and disseminators of new historical knowledge in the public interest.

This proposal is only a point of departure for conversation. The Association does not issue programmatic directives to its member departments. Unlike our counterparts in scattered other disciplines (such as STEM, law, and medicine), we neither certify nor accredit. But we now are prepared to suggest that PhD-granting departments reconsider curriculum, funding structures, and opportunities to gain experience within the context of a program’s articulated purpose, its alumni career outcomes (which we can provide for all 161 history PhD programs in the United States), and students’ changing goals and expectations.

The current phase of AHA Career Diversity focuses on that reconsideration. Our participants have begun to think about purpose and to pay more attention to the relationship between what their students learn and where they take that knowledge. At the heart of these transformations are culture and identity: How can a PhD program help students envision a historian as someone who is primarily a teacher? Or as someone using their preparation for work that is not primarily historical on the face of it? “Public historian” is one profession that many departments are increasingly willing to claim as a successful outcome, since that career path is widely recognized as legitimate for history PhDs. But other uses of “public” have surfaced in the discipline, such as public engagement and public utility. Increasingly, we even see advertisements for tenure-track jobs that include such language. These words stimulate thinking about how curriculum can evolve without sacrificing breadth or rigor.

Having history PhDs in the overall workforce is a public good. That’s why Career Diversity is more than a response to a collapsing academic job market.

Thus, for example, our participants now think about the role of internships in graduate education. Internships outside the realm of historical work are especially useful in helping graduate students think about the value of being a historian. Moreover, the experience of our participants corroborates conclusions that can be drawn from the ACLS Public Fellows program: the presence of a historian in a workplace can generate appreciation for the value of historical thinking in unfamiliar places. One university has found a way to apply a graduate stipend to support history PhD candidates to do investigative reporting for a local newspaper—something the newspaper can no longer afford and that is particularly fitting to the tool kit of the historian. Elsewhere, history graduate students have assistantships in deans’ offices, where they learn how a university operates and what historical thinking can bring to decision making. We look forward to the evolution of the “public-service assistantship” in the works at still another site.

We’ve also found curricular innovation, such as a course resembling the business school “case study” model, with the “client” a museum that wants to create a new web space. Students are working collaboratively, they are writing in different registers, and they are interacting with historians and other professionals functioning in a different kind of workplace setting.

We will continue to report on the many ideas proliferating at our 20 third-stage sites over the coming two years. It turns out that our ideas were rather narrow when we initially envisioned changes in curriculum and internships. We are learning to appreciate the expertise of career services professionals, not just in helping to craft résumés, but also in helping students to map pathways through the university, driven by assessments of their goals, skills, and deficits. Our students are already getting the bulk of what they need to pursue many careers. The university has resources for what’s missing. Efforts like these enable students to think of career diversity not as something that complicates their trajectory, but as an initiative that cultivates agency.

James Grossman is executive director of the AHA. He tweets @JimGrossmanAHA. Emily Swafford is director of academic and professional affairs at the AHA. She tweets @elswafford.

Tags: From the Executive Director Career Diversity for Historians