The American Historical Association is committed to advocating on behalf of historians and the broader coalition of the humanities. Since February, the Association has urged attention and action on a number of issues to ensure that the history discipline retains its autonomy, integrity, and centrality to civic engagement. 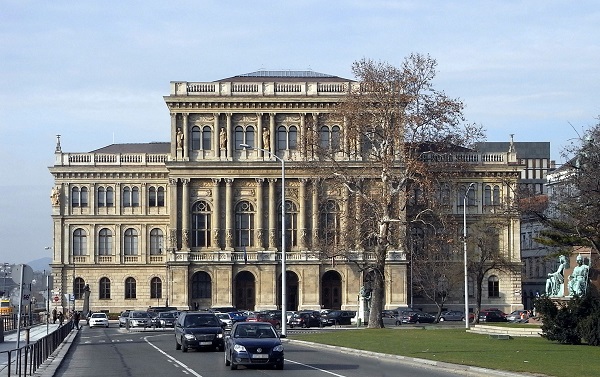 The headquarters of the Hungarian Academy of Sciences in Budapest. Aisano/Wikimedia Commons/CC BY-SA 4.0

AHA President John R. McNeill expressed reservations to cOAlition S, an international bloc of research funders, about the application of Plan S to the humanities. While the Association supports democratizing research and values the goals of Plan S to achieve greater open access, it voiced concern regarding the initiative’s execution and impact. Many European scholars who receive funding from agencies that have adopted Plan S would be unable to publish in US-based journals, including the American Historical Review, and independent scholars would face onerous article-processing charges. The absence of these diverse voices would compromise the integrity of such publications.

In February, the Association contacted László Lovász, president of the Hungarian Academy of Sciences, to express solidarity in the face of governmental reforms threatening the autonomy of the academy and its Institute of History. Recent stipulations from the Hungarian Ministry for Innovation and Technology jeopardize academic freedom by requiring ministerial approval for research funding. The separation of scholarship and state politics is vital to the academy’s international reputation and for independent academic inquiry.

James Grossman, AHA executive director, contacted Mayor John B. O’Reilly Jr. of Dearborn, Michigan, to vehemently object to his decision to prevent circulation of the most recent issue of The Dearborn Historian and to terminate the contract of Bill McGraw, the journal’s editor. O’Reilly took these actions to prevent the dissemination of an article in the journal examining Henry Ford’s anti-Semitism. Encouraging O’Reilly to reinstate McGraw and to resume distribution of the journal, Grossman emphasized the gravity of suppressing uncomfortable truths and punishing historians for unbiased inquiry.

In March, the AHA alerted its members and other contacts in California about a new proposal from the California State University’s General Education Task Force to sharply cut civic education and history requirements for graduation. The Association urged recipients to contact state representatives and to push for the preservation of a comprehensive civic study of American history and government.

The Association joined over 30 other organizations to urge Alaskan state officials to reconsider precipitous budget cuts to higher education. The 41 percent reduction in state support for the University of Alaska would have profound, far-reaching economic and social consequences for the state’s constituents, further shifting costs of higher education to students and their families while all but dooming the university’s faculty and staff to extensive layoffs. With support from the AHA, the American Council of Learned Societies compelled officials to reexamine its responsibilities to fund higher education.

Devon Reich is operations and marketing assistant at the AHA.