Laura Kamoie still receives periodic royalty statements for a book she published over a decade ago—an economic history of the early American Tayloe family, based on her PhD dissertation from the College of William and Mary. She knows that, to date, it has sold 773 copies, an ordinary showing for a first book that might be assigned in a university class once in a while. As for the next work she lists under the publications section of her CV? That one has sold over 350,000 copies. 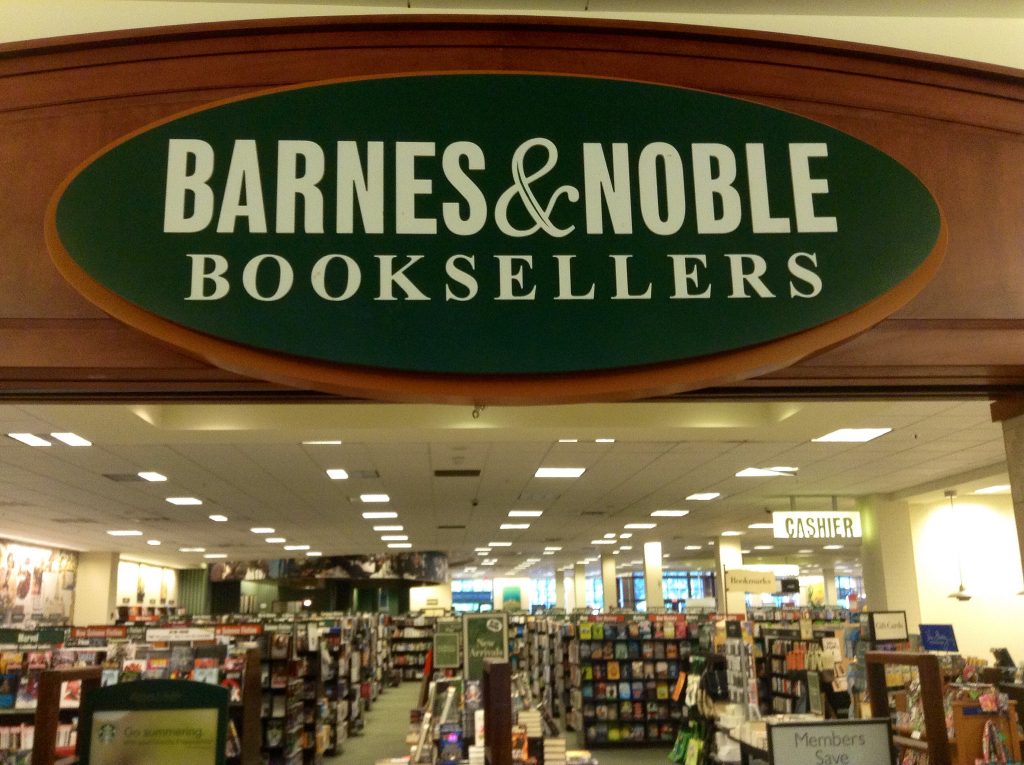 On a panel at AHA18, Linda Przybyszewski suggested looking at the books popular at bookstores like Barnes & Noble to determine what general readers want to read. Mike Mozart/Flickr/CC BY 2.0

The wildly successful America’s First Daughter (2016) is not an academic history but a work of historical fiction. Using “the exact same research process as I did for my dissertation,” Kamoie, along with co-author Stephanie Dray, wrote a novel from the point of view of Thomas Jefferson’s eldest daughter Patsy. Headlining the jam-packed AHA18 session “Historians Writing Historical Fiction,” Kamoie talked about the ways she finds writing academic history and writing historical fiction similar, arguing that “both attempt to link known facts and try to shape them into some kind of a narrative. Both make historical contributions, and both are meant to generate curiosity about the past.”

Kamoie was drawn to Patsy Jefferson because she was not well represented in previous historical studies. Lorelle Semley (Coll. of the Holy Cross), a panelist on the session “Experimenting with New Dramatic Histories,” was similarly inspired. Her unfinished project “Black Léonore of Aquitaine” will be a novel about an enslaved girl who finds a path to freedom in Bordeaux, France. “I am using historical fiction to fill the large and small gaps we often find in the archive when we attempt to tell stories about people of color, especially women, and particularly when they have been unfree,” said Semley, immediately before reciting a warmly received excerpt of her story.

Kamoie and Semley are only two examples of a growing number of professionally trained historians who are experimenting with alternatives beyond the traditional scholarly monograph. If historical fiction is one extreme of the spectrum, there are other degrees by which scholars are trying to break away from the standard. Some historians are redirecting their research interests toward general audiences (typically by publishing with a trade press), while others are simply placing greater emphasis on narrative and characterization within otherwise-typical academic works.

Scholars on a “Writing History for the General Reader” panel discussed the personal and intellectual rewards of writing for nonacademic audiences. David T. Courtwright (Univ. of North Florida), who has found success reaching general audiences with his research on US drug policy, emphasized the great marketing advantage books receive when published under a trade press versus an academic one: “A book is a heck of a lot of work. And if you go to all that trouble, it’s better to get the word out with a 500,000 watt transmitter than a 50,000 watt transmitter.”

Fellow panelist Linda Przybyszewski agreed. The University of Notre Dame professor decided to write a popular fashion history book because she felt that academic writing was inaccessible to many people who might otherwise find meaning in great historical ideas. “To me it was painful to realize that I couldn’t reach general readers,” she explained. “I decided to find out—what is it that people who aren’t sitting in the department offices next to you want to read? Go to Barnes and Noble and stare at those books at the front table; they got on that table for a reason, right?”

There are hurdles to transitioning beyond the technical vocabulary of traditional scholarly writing. The “General Reader” panelists pointed out that graduate school ingrains students to write in technical, polysyllabic language. “You have to learn to use simple language, that was the hardest thing for me,” Courtwright said. Przybyszewski suggested that historians can look to the act of teaching for help with this problem because it inherently involves translating complex analysis into more accessible, conversational language.

Historians who have found alternative writing paths dream of the day when their works will receive greater support from the academic community. They even hope that nontraditional works would be accepted toward tenure and promotion. And it’s not just about the potential money and attention that these forms of writing can bring in. Popular writing capitalizes on the general public’s insatiable interest in the past, and satisfies many historians’ desire to inform and influence public discourse. Just ask Kamoie, whose career has taken off to the point where she gave up an associate professorship to make room for her creative ventures. As Kamoie emphasized to her audience, “no one is better trained to be successful at this than those of you in this room.” Based on the number of people that came to hear her speak, we might soon be seeing more of these new writing experiments on the horizon.