History in Ruins: Cultural Heritage Destruction around the World 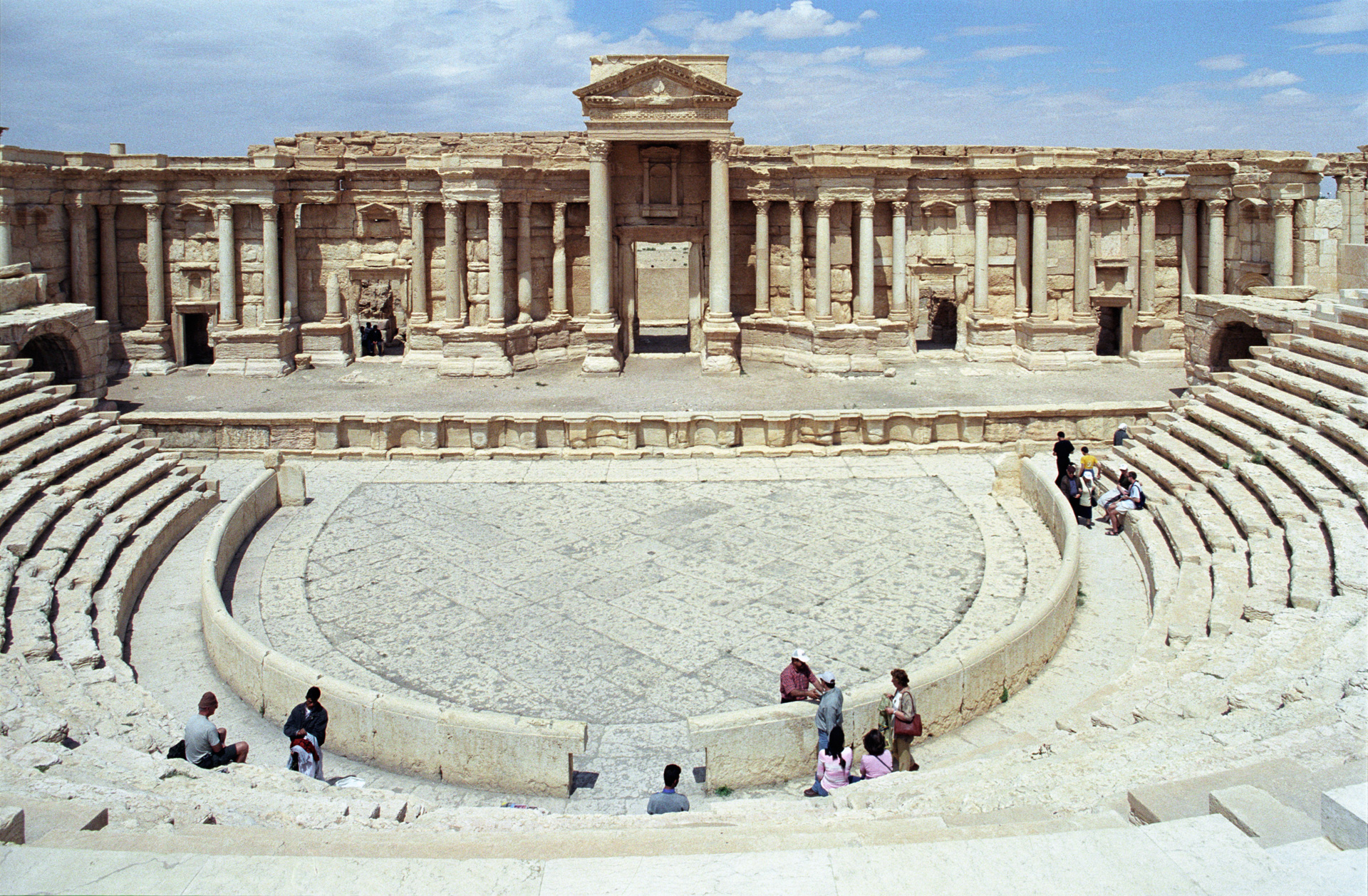 On January 20, Syrian authorities revealed that Daesh (also known as ISIS) militants had destroyed part of the Roman amphitheater in the ancient city of Palmyra in late December 2016. This was just the latest incidence of the terrorist group’s deliberate destruction of cultural heritage sites throughout the Middle East and North Africa. According to the Antiquities Coalition—a US-based organization that fights against the illicit global trade in antiquities—Daesh destroyed over 150 sites between 2011 and 2015. In a recent interview with CNBC, UNESCO director-general Irina Bokova confirmed that all of Syria’s UNESCO World Heritage Sites have been either damaged or destroyed since the country’s civil war began over six years ago.

Daesh, however, is not the first to destroy cultural heritage. Destruction of physical or intangible artifacts that embody the ideas, beliefs, and characteristics of past societies is a well-tested means of control and power. In 70 CE, the Roman Army plundered and destroyed the Second Temple in Jerusalem during the First Jewish-Roman War. During Mao Zedong’s Cultural Revolution, thousands of Chinese historical sites were destroyed to rid the country of capitalist and traditionalist influences. In 2001, the Taliban destroyed the two Buddhas of Bamiyan, declaring that the massive statues were false idols. Physical destruction of culturally significant artifacts grants perpetrators the power to reject them as unimportant and to limit how well they can be known to future generations. In Daesh’s case, militants are erasing traces of civilizations that do not align with their ideology, performing, in effect, a form of “cultural cleansing,” as Bokova calls it.

Yet not all loss of historical evidence is the result of malicious acts. At a roundtable titled “Destroying History: Threats to Cultural Heritage around the Globe” at the 2017 AHA Annuaannual meeting in Denver, Katherine French (Univ. of Michigan) noted that “war and politics are not the only enemies of the past . . . economic development, poverty, lack of training, and lack of resources also threaten to destroy historical artifacts.” The multidisciplinary roundtable, comprising six scholars—French, Senta German (Montclair State Univ.), Robert E. Murowchick (Boston Univ.), Thomas F. X. Noble (Univ. of Notre Dame), Ingrid Rowland (Univ. of Notre Dame, Rome Global Gateway), and Sylvia Sellers-Garcia (Boston Coll.)—revolved around the difficult question the discipline of history must confront in the face of multiple forms of source destruction: How will future historians accurately represent the past?

Contextualizing the discussion, Noble, a specialist in Mediterranean medieval and religious history, discussed the emergence of iconoclasm in the Byzantine Empire. Emperor Leo III, believing that God was punishing his empire for its veneration of icons, banned religious images. As a result, until the middle of the ninth century, a cultural battle raged between those who sought to destroy and those who restored religious images. “We have almost no evidence” from this period, Noble said. “Countless works of art depicting Christ, Mary, various saints, and gospel scenes were either destroyed or painted over. For almost a century or more, Byzantine art fell victim to religious fanatics.” Historians who seek to understand the Iconoclast period of the Byzantine Empire have few original visual sources to rely on—instead, they are forced to construct their narratives from secondhand accounts.

But damage to historical artifacts and cultural heritage is not always malicious; sometimes preservation can act as a form of destruction. In colonial Spanish Guatemala, for example, “the greatest loss of documentary material occur[ed] closest to the moment of creation when archivists . . . decide[d] what to keep and what to save,” said Sellers-­Garcia, a historian specializing in colonial Latin America. Those who assisted in the archive’s construction selected documents they believed would be useful for the Spanish Empire, discarding others. An entire world of legal paperwork and private documents from the colonial period, thus, are lost to modern-day historians who seek to understand the Spanish colonial period in Guatemala’s history.

Destruction can also arise from neglect, as with the Guatemalan Police Archive in Guatemala City. Discovered by chance in 2005 in a downtown warehouse by the Institution of the Procurator for Human Rights, the archive contains almost 80 million pages about murders, tortures, arrests, and kidnappings during the Guatemalan Civil War (1960–96). Documents were found strewn across the floor, stuffed in garbage bags, damaged by water, and violated by vermin. Archivists are still struggling to acquire proper resources to preserve these papers from further damage. “In some ways,” Sellers-Garcia noted, “this lack of resources becomes a legacy . . . that shapes the nature of the archive into the present.” A lack of archival assets can ultimately have withering effects on the amount of research conducted in a field.

Destruction through neglect, while not malicious, can occur on much larger scales as well. In Italy, city modernization projects in Rome have taken precedence over preservation of the ancient Roman and medieval ruins that stand throughout the city. The Tor de’ Schiavi (“tower of the slaves”) was once a popular tourist attraction but is now encircled by new residential apartments. Rowland, an expert in classical antiquity and architecture, explained, “The real problem facing Roman antiquities now is development without education.” City leaders, who have little historical understanding of Rome’s various cultural heritage sites, are choosing money-making schemes, such as building a new subway system connecting the suburbs to downtown Rome (coming dangerously close to the Coliseum) and parking garages where ancient Roman villas were recently uncovered.

Cultural heritage can also suffer from too much exposure. In China, serial novels focusing on the exploits of tomb robbers have become increasingly popular with children. Murowchick, an anthropologist specializing in China and Southeast Asia, said, “It’s very exciting for kids to read, but it is also inspiring lots of them to see this as a career opportunity. There’s a saying that says, ‘If you want to become rich overnight, go rob a tomb.’” Now, people interested in robbing artifacts are able to connect with one another through the Internet. Instructions for making and using dynamite, ground-penetrating radar, and other necessary tools are accessible on an unprecedented scale. This has encouraged a growing trade in antiquities in China. Murowchick estimates that “a quarter million tombs have been raided in China since 1990” to satisfy both the domestic and the international demand for artifacts.

This rush to pillage in China highlights the growing demand for antiquities worldwide. Daesh is fueling this demand by physically destroying sites and by looting museums, galleries, and archives for antiquities that can be sold outside of Syria and Iraq. German, an expert in Aegean, Greek, and ancient Near Eastern archaeology and a former board member of Saving Antiquities for Everyone (SAFE), noted, “The Islamic State’s occupation of much of Syria has incentivized another reason for the looting: their taxation, or more accurately, ‘shake-down,’ of any and all commercial activities.” According to the Antiquities Coalition, Diwan al-Rikaz, the Office of Resources for Daesh, issues permits to potential looters authorizing the plundering of sites within its territory. Daesh then receives between 20 and 80 percent of profits made from selling the artifacts. In one Syrian army raid, soldiers found spreadsheets showing that taxes derived from selling antiquities were an important form of side revenue for Daesh. In fact, between 2014 and 2015, this Daesh-imposed tax netted over $200,000 for the terrorist group from dealers selling stolen artifacts. One sale alone supplied the organization with $140,000.

These Daesh-taxed antiquities have flooded the black markets and galleries of Europe, Asia, and North America, where they are purchased by enthusiastic wealthy buyers. While the United States has taken precautionary measures and banned the import of ancient Syrian art and artifacts, the carnage continues. As the annual meeting roundtable shows, this destruction of cultural heritage is not isolated; instead, it is expansive and transcends both time and geopolitical boundaries. Even when unintentional, the damage nevertheless influences researchers in how they analyze the past and the sources they use to do so. The roundtable, French said, recognized the importance of calling the attention of AHA members to this issue: “By historicizing it and listing different contexts for the destruction of history,” historians would understand how it affects their fields—no matter how diverse.

Rachel Van Bokkem is a history MA student at American University in Washington, DC, specializing in Holocaust and genocide studies.