Melinda Chateauvert is an associate director of the Front Porch Research Strategy in New Orleans, Louisiana. She divides her year between New Orleans and Washington, DC, and has been a member of the AHA since 1992. 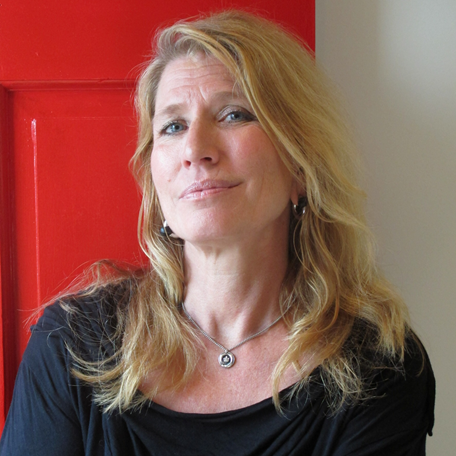 Melinda Chateauvert is an associate director of the Front Porch Research Strategy in New Orleans, Louisiana, and she has been a member of the AHA since 1992.

Describe your career path. What led you to where you are today? We founded Front Porch Research Strategy working with African American women in the Deep South developing multi-disciplinary community-based participatory research for organizing and policy advocacy. It is partially the result of two decades teaching African American studies in a university setting. Front Porch gives me the space to do all the work I love as a historian: researching, writing, teaching, interpreting, and activism, while never writing another letter of recommendation for a student. Front Porch is committed to doing ethical research that foregrounds histories of resistance to structural and gender-based violence, to let the actors tell their own stories and craft their own solutions.

What do you like the most about where you live and work? Every day in New Orleans is an opportunity to uncover a new story. Some are still buried in the city’s many archives, but many can only be heard when women of color gather, or reveal themselves under layers of sometimes carelessly, and sometimes carefully, preserved everyday cultural ephemera: beads, feathers, rags, plants, “mispronounced” words, songs, and recipes. Finding their meanings, however, requires seeing the global networks such as the routes of the slave trade and today’s state prisons, the spread of Catholicism and suppression of indigenous faiths, and the recurring ecological disasters from the yellow fever epidemics to the bursting of levees built by the Army Corps of Engineers and big oil shipping channels.

What projects are you currently working on? Our panel “We Need More Stories: Sharing Tales of Social Justice, Intimacy, and Resistance” for the Berks in June!

Have your interests evolved since graduation? If so, how? Marching Together: Women of the Brotherhood of Sleeping Car Porters (Univ. of Illinois Press, 1998) was an early contribution to understanding the ways that women’s activism has been bounded by the politics of respectability, and a foundation for intersectional analysis. When I returned to those themes in Sex Workers Unite: A History of the Movement from Stonewall to SlutWalk (Beacon Press, 2014), I dug deeply into the ways US laws regarding prostitution construct separate and unequal classes of sexual citizenship based on gender, sexuality, race, labor, and class identities. Both books document histories of women’s collective activism, while problematizing the limits of sexual respectability.

What’s the most fascinating thing you’ve ever found at the archives or while doing research? There are so many! But most recently, I was looking through Pauli Murray’s papers at the Schlesinger Library last fall, and could not help but notice the many, many pictures of African American women in her scrapbooks from the 1940s and 50s, mostly clipped without captions from newspapers and magazines. (I just discovered that one of them was Willa Beatrice Brown, the first African American woman commissioned as a lieutenant in the US Army.) But I have been thinking a lot about those pictures and why Murray clipped them and saved them, and it occurs to me that they were examples of the few positive images of black women in the media in those years. I think they made her happy.

What do you value most about the history discipline? Sometimes being a historian feels like a parlor trick. During the Super Bowl, we talked about the animosity toward German immigrants in the 19th century, providing historical context to this year’s Budweiser “immigrant” commercial.

Why is membership in the AHA important to you? The AHA’s work on Capitol Hill and its work with the Library of Congress, National Archives and Records Administration, and other federal and state agencies is extremely important to me as a citizen. Though I work mostly in nongovernmental archives, I believe strongly in preserving state records. I would like to think that two millennia from now, someone might come across a trove of mathematical reports by a National Advisory Committee for Aeronautics civil servant such as Katherine Goble, Dorothy Vaughan, or another of the “hidden figures”—much like archeologists have discovered 2000-year-old official papers in the Taklamakan Desert documenting travel along the Silk Road outposts in western China.