Despite the difficulties of the domestic history faculty job market, many scholars working in the United States do not consider looking for jobs overseas. Yet universities around the world greatly value US PhDs, and the quality of life can be very high for scholars willing to move far from home. As US-trained historians who have worked abroad—Keith at Macquarie University in Sydney and Grace at the Chinese University of Hong Kong, Shenzhen (CUHK(SZ))—we hope that our experiences can offer lessons for historians interested in the international faculty job market. Our specific examples illustrate the kinds of institutional factors that a US historian might take for granted as universal and give prospective applicants a better idea of what kinds of questions that they would need to ask or think about before moving to work in any other country. 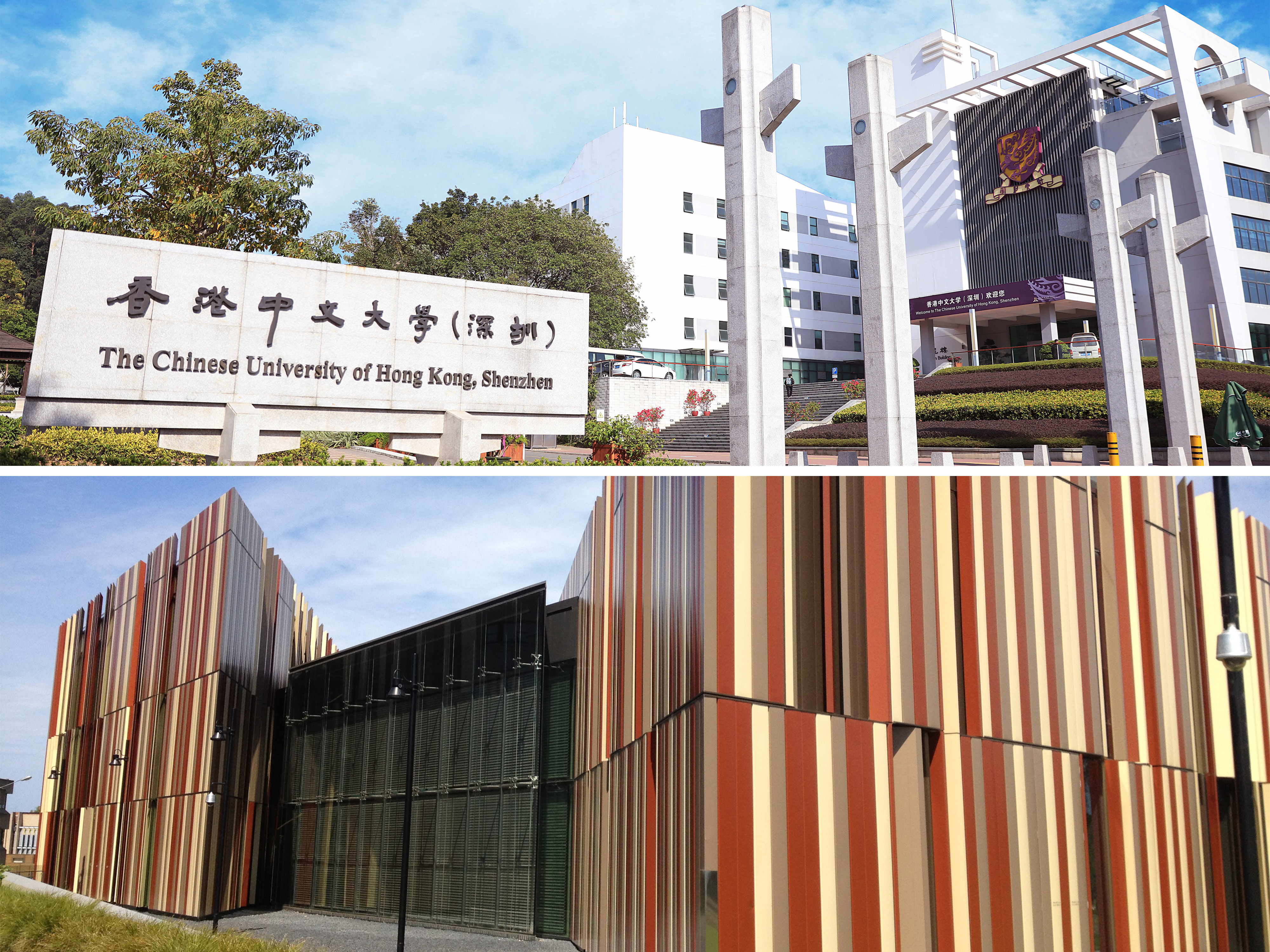 Foreign job markets are often opaque to US-trained academics. Jobs overseas are not well advertised in the United States, despite employers’ interest in American-trained scholars. In the 2021–22 academic year, for instance, the Australian Historical Association advertised more than 10 positions in a range of history fields, but very few of these jobs were advertised in the AHA Career Center, H-Net, and other faculty job boards used by US scholars. Grace found her position when a friend working at CUHK(SZ) forwarded her the jobs.ac.uk posting. Likewise, Keith learned about his job through a personal connection rather than a job posting. Those thinking about applying to such jobs should cultivate foreign contacts in addition to browsing online postings.

These personal connections are also helpful for navigating foreign universities’ structures and translating their job ads, as the jargon used by other academic systems can be hard to understand. In Australia, the Excellence in Research Australia survey (ERA) measures the research productivity of faculty and universities every three years. Applicants must make the case that they can immediately contribute to a department’s ERA. Here, American-trained applicants have an advantage, as Australian institutions generally view American PhDs as ready to publish in high-ranking international presses. They also assume we have much more experience teaching than Australian-trained historians. US-trained applicants can apply to a broad range of Australian institutions—if they know how to do it.

In contrast, American PhDs contemplating employment in China might consider limiting their searches to the more familiar environments offered by Sino-Foreign Joint Venture Universities (JVUs)— partnerships between foreign and Chinese parent universities to establish a new university in China together—or those with similar joint programs between Chinese and foreign institutions. There are currently seven JVUs in China, including CUHK(SZ), NYU Shanghai, Duke Kunshan University, and the University of Nottingham Ningbo China. These universities boast English-language liberal arts programs, and their global rankings are boosted by employing international faculty. However, applicants should be aware that these jobs are often outside history departments. At CUHK(SZ), there are few humanities and social sciences majors, so Grace taught general education courses required for undergraduates.

Jobs overseas are not well advertised in the United States, despite employers’ interest in American-trained scholars.

The challenges of pursuing overseas jobs do not end with finding a job listing and applying. Foreign hiring processes can be much more rapid than American ones, and on a different schedule. After applying in September, Keith had a Skype interview right before Thanksgiving, and by the next Monday he was headed to Sydney for a week of friendly meetings and a very informal job talk. In contrast, Grace did not travel to China. She was sent the job posting in February, in March she had an online interview, she submitted a recorded teaching demo, and then received an offer in May. Moreover, securing a visa took four months, so she did not arrive in China until midway through the fall semester.

Compensation and expectations are also often different. When Keith began work in Australia, he had to adjust to a different kind of employment contract. He was hired on as a permanent level-B (lecturer) with a 40-40-20 contract. Though calculated differently than in the US, his teaching responsibility is effectively a 2-2. While Australian universities claim to support better work-life balances, research requirements of publishing one scholarly article per year means Keith often exceeds his 37-hours-per-week contract. Australia does not have tenure; academic posts are generally either fixed-term or permanent, which offers similar protections to tenure. Fixed-term positions may only last a few years, but they can become permanent; Keith’s job became permanent automatically after two years.

Salary and benefits that a foreign scholar can expect to earn in China can vary significantly according to the public and private funding available at the local level. At CUHK(SZ), heavily subsidized housing compensates for a low base salary (by Western standards). Local governments periodically offer large “talent grants” to attract skilled workers that academics can apply for if they meet certain criteria such as holding a PhD from a high-ranked university, although these funds are subject to the unpredictable whims and available resources of government agencies. Upon leaving the country permanently, foreigners can cash out their accumulated medical, social insurance (similar to Social Security), and employer-matched housing funds as long as their employers paid into them. For Grace, this amounted to roughly a year’s salary. American historians should prepare to ask Chinese hiring committees about—and may be pleasantly surprised by—these kinds of benefits and funding opportunities but must be willing to tolerate a higher degree of uncertainty in all aspects of life.

Entering a foreign work culture is often a disorienting experience. Australian institutions are more hierarchical than in the US, with less faculty governance. The administration can make big changes to the management structure and size of the university without significant consultation with the faculty. A strong academic union bargains for better pay and working conditions, which means that there is no individual salary negotiation. Most employees, including foreign nationals once they become permanent residents, are covered by the national health care, and all employers in Australia are required to contribute to employee’s superannuation (effectively a 401k), with universities contributing even above that requirement.

Grace also found aspects of the Chinese university system difficult to navigate. Work culture in China is extremely hierarchical and nontransparent; once a higher-up decides something, everyone is expected to respond immediately. It is not uncommon to be asked to complete important bureaucratic tasks within a few hours of receiving notice, and students will not hesitate to contact their instructors via social media at any time of the day or night. This can make work feel hectic and all-consuming at times. But in other ways, working conditions at CUHK(SZ) still can be better than working as contingent faculty in the US. Lecturer contracts are for three years, renewable, and come with the opportunity to apply for permanence after six years. Most teaching-track lecturers have a 2-2 teaching responsibility, and are encouraged, but not required, to publish. Contract renewal is primarily based on teaching and service, although US scholars may be frustrated to find that these kinds of expectations are rarely laid out explicitly.

Specific research focuses might present challenges when applying for jobs abroad. Chinese universities rarely hire foreigners to teach Chinese history, and those who research politically sensitive topics may not even hear back from hiring committees. In Australia, the Minister of Education, in overseeing the Australian Research Council, has spiked funding for projects centered on politically unpalatable topics including China and LGBT issues. More generally, distance from archives, conferences, and networks in the US can make it challenging to begin new projects and to stay connected with the field.

A final factor to consider when looking for jobs overseas is if you want to stay abroad long term and how that will impact your career trajectory. Keith has decided to stay in Australia, while Grace viewed her time at CUHK(SZ) as an opportunity to explore Asia and hone her teaching skills. She has just returned to the United States, where she will begin a new career teaching history at a private high school. However, for historians who want to eventually return home and remain in academia, remaining competitive for US faculty jobs is no easy task. Like applicants, hiring committees rarely have a good understanding of academic institutions and achievements outside of their own cultural context. While some JVUs like NYU Shanghai have the benefit of name recognition, Grace has found that US scholars often did not understand that CUHK(SZ) is closely affiliated with its parent institution in Hong Kong and offers a serious liberal arts curriculum. More generally, the inconveniences of facilitating remote interviews or flying job candidates overseas can serve as a deterrent to US hiring committees. The difficulties of overcoming such hurdles can mean that your overseas job will limit your opportunities to return to academia in the United States.

Overall, academic life overseas might not suit everyone, and it is difficult to predict what will happen to academic job markets elsewhere. While opportunities for foreign scholars may be shrinking in China, due to pandemic-era travel restrictions and China’s broader inward-looking trend, borders have reopened in Australia and universities are again hiring Americans. And these are only two possible markets; there are also promising possibilities in Europe and the Middle East. Despite the challenges, working overseas can offer US-trained historians opportunities for adventure as well as better work–life balance and living conditions, and is a rich opportunity that they should consider.

Keith Rathbone is a senior lecturer in French and sports history at Macquarie University; he tweets @keithrathbone. Grace Allen is a history teacher at the College Preparatory School in Oakland, California, and was a lecturer in general education at the Chinese University of Hong Kong, Shenzhen, from 2017–22; she tweets @grace_e_allen.