The Transformative Culture Shock of a Fulbright

To mark the 75th anniversary of the Fulbright Program in 2021, Perspectives Daily offers a miniseries of personal narratives from historians about their Fulbright experiences.

I confess I didn’t realize that Finnish was not an Indo-European language when I applied for a Fulbright at the University of Helsinki. Our two daughters were 8 and 5 at the time, and we planned to send them to local public schools. It was only after I won the grant that my husband (helpfully called by Fulbright the “trailing spouse”) and I realized what we were in for. I had lived and traveled in Europe before, but when looking at a Finnish map I couldn’t distinguish a street from a river—no helpful “strass-” to offer any hints. 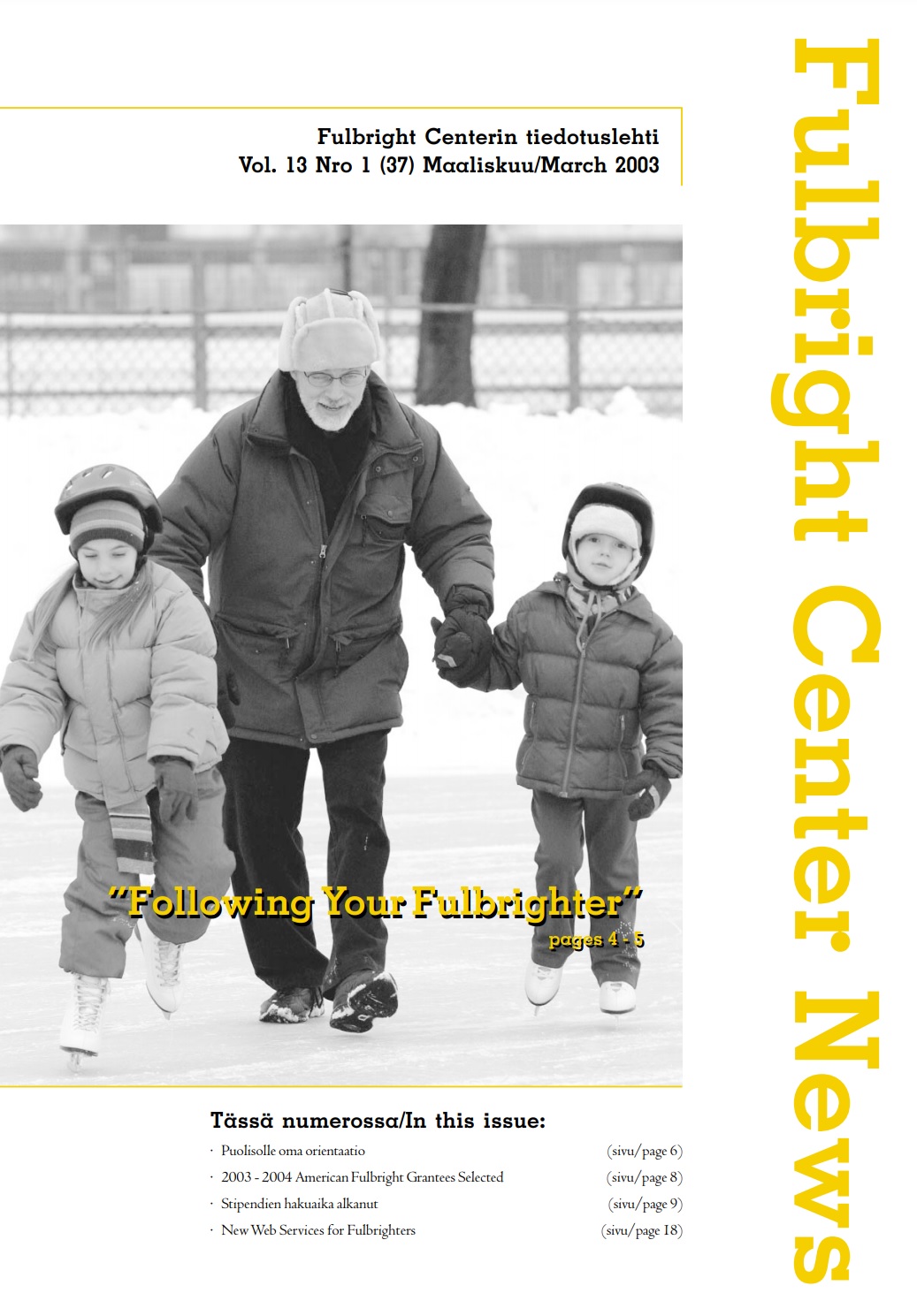 Armed with books about Finnish culture and language, we departed in July 2002 for a year in Helsinki, where we learned to navigate life from scratch. All the cultural information we had so carefully studied was incorrect. We adults could barely communicate; our children had to serve as interpreters. I ordered “trains” for my pizza (I thought I was saying cheese), bought mystery meat from the butcher (who told me what the meat was, but if it was none of the three meat words I knew, I would just nod and ask for half a kilo), and otherwise bungled my way through. Turns out, Finnish is not only not an Indo-European language, it is close to impossible for an adult to master.

Teaching American history in Finland was also a new experience, and not just because the students were listening and speaking in a language not native to them. I would have said “in their second language” but virtually every Finn I met spoke four or five languages with ease. In some ways they knew more about US history than my students back home; on the other hand, they dealt in stereotypes about Americans, both positive and negative, that I found myself confronting at unexpected moments.

Their style of communication took the most getting used to—Finns believe in giving everyone space to speak, listening in silence, and providing a moment of reflection before responding. My daughter received a grade for what the Finns call “gives working peace,” which nicely captures this style. I am a die-hard New Yorker and found it difficult not to interject or even talk over my students. I worked hard on my patience and silence, but at the end of the year when I asked the students whether I’d become more like a Finn, they just laughed. Still, this instigated a lasting change in how I conduct classroom discussions, now making more room for reflection rather than rewarding the first student to raise their hand.

All the cultural information we had so carefully studied was incorrect.

As an Americanist I carried my research with me, but was invited to give talks on everything from my own work in African American history to my views on the then-beginning Iraq war, and in venues ranging from universities to a high school for musical arts (where the students thanked me with a fabulous performance). All this speaks to Finns’ far-ranging interests, reflected in the Samba festival, klezmer concerts, and holidays devoted to Finnish poets we celebrated.

Our experiences there were so wonderful that we returned in 2008, this time on a Fulbright my husband won. Once again, there were funny cross-cultural and cross-linguistic moments and this time, thanks to new technology, I blogged about them. Even many years later, several of my Finnish colleagues remain both academic collaborators and close personal friends.

After those extraordinary experiences in Finland, I applied for a second Fulbright, this time in China. We set off for Nankai University in Tianjin, a city of 13 million people, in August 2010. Once again, we had no language cognates to rely on, which wouldn’t have helped anyway because we couldn’t read Chinese characters. It is incredibly humbling as a person whose life is rooted in literacy to be truly illiterate for the first time. We relied on pictures, buying chocolate we thought was butter (it was cheese-flavored chocolate), and ordering randomly in restaurants. Our older daughter, with far better Mandarin than ours, would point to things on the menu and say, “That’s some kind of meat” or “I think that’s a vegetable.” We had a favorite Mongolian hotpot restaurant, and each time we got into a taxi and asked for it, the driver took us to a different place because our pronunciation was so awful. Eventually we learned to write addresses down and hand them over. Here, very few people (including my colleagues) spoke any English, although the students did.

As in Finland, we managed to navigate through new adventures, and again I blogged. I had acupuncture at the Hospital for Traditional Chinese Medicine, climbed sacred mountains, and enjoyed strolls in “trash park” (literally a park built on a trash pile) where fake rocks piped in music. As in Finland, I was invited to speak in universities all around China and at a boarding school for Tibetan girls.

My closest ties were with my students, who served as my tour guides, translators, and cultural informants.

Chinese education stresses rote memory. In an early discussion, I asked about the reading. A student described it, virtually verbatim. “And what do you think?” I asked. Total silence. No one knew how to answer. This lack of training in critical thinking is rooted in tradition but is intensified, I think, by the Chinese government’s acute sensitivity to contemporary political commentary and ubiquitous surveillance. I was told there could be minders in my classes. I held office hours in a café so my students and I could speak more openly. When I traveled to give talks, one local party secretary asked questions about the content of my lecture before approving it.

Not surprisingly, my closest ties were with my students, who served as my tour guides, translators, and cultural informants, all with incredible generosity. I remain in touch with many of them.

Our year in Tianjin taught me about Chinese student and university life, the art of indirect speech to get around censors, and how to cross streets teeming with traffic and no evidence of accepted rules of the road. It also reminded me that all students face different and often invisible challenges—a particularly useful lesson teaching during COVID. This very different experience, far more challenging both personally and politically, still proved profoundly transformative.

Fulbright, designed to bring “cultural ambassadors” to foreign lands, also taught this Fulbrighter the glory and challenges of international diversity, and provided me an outsider look at my own culture. What a great gift we were given.