Setting the Lost Cause on Fire

Protesters Target the United Daughters of the Confederacy Headquarters

Following the death of George Floyd at the hands of Minneapolis police in May 2020, Black Lives Matter protests erupted across the country and around the globe. In the American South, protesters focused their attention on the region’s hundreds of Confederate monuments. Several were vandalized, but many more were removed by city governments. These monuments were targeted because they symbolize the systemic racism and white supremacy still prevalent across the nation. 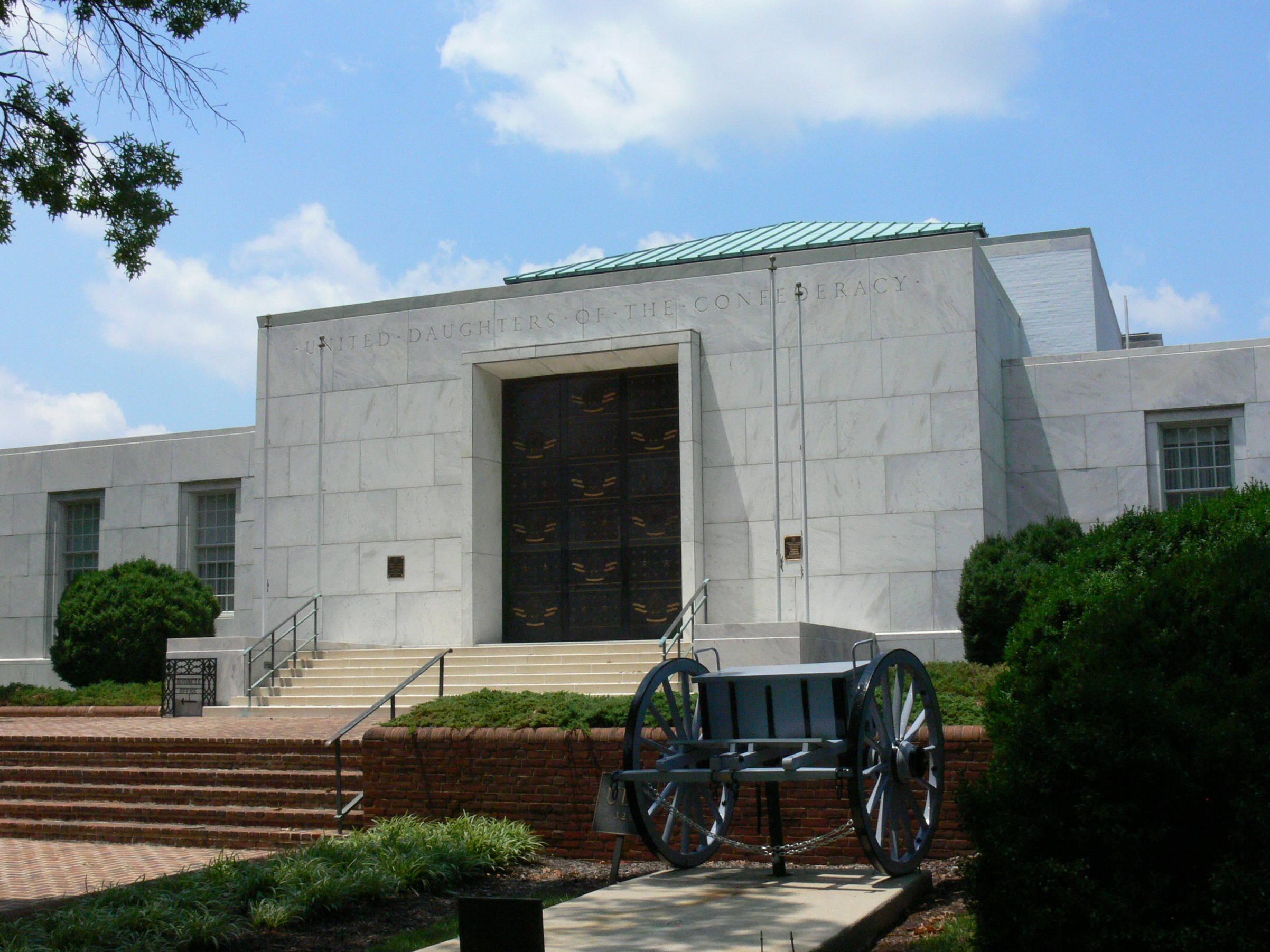 The United Daughters of the Confederacy's Memorial Building in Richmond, VA, serves as both a memorial and the organization's headquarters. Morgan Riley/Wikimedia Commons/CC BY 3.0

One of the protesters’ targets was the United Daughters of the Confederacy’s (UDC) headquarters in Richmond, Virginia. Located just a few blocks from Richmond’s Monument Avenue, the organization opened the building in 1957 as a “Memorial to the Women of the Confederacy.” On the evening of May 30, protesters broke its windows and set the building ablaze, damaging the interior, although it is not clear how much damage the library sustained. Most of the records contained in the UDC’s archive are genealogical materials used to determine membership, not items related to either the history of the organization or the Confederacy. The building is mostly office space for the UDC’s leadership and a social space for visiting members. While not a statue, the UDC headquarters functions as a Confederate monument because it represents the very organization responsible for the vast majority of statues to the Confederacy throughout the South and, in some cases, even outside the region. That it was attacked by protesters who also targeted the Lee Memorial suggests that local activists understood the building to be as offensive as a traditional monument.

Founded in 1894, the UDC, also known as the Daughters, quickly became the most popular of all southern white women’s organizations with a membership—drawn mainly from the middle and upper classes—that peaked at 100,000 at the beginning of World War I. The UDC’s members rapidly became leaders of the “Lost Cause” interpretation of the Civil War—which recalled Confederate defeat as a “just cause” while also dismissing slavery as a central issue of the Civil War. Perhaps even more important, the UDC committed itself to vindicating the Confederate generation, both the men who fought and the women who supported the cause, through a broad-ranging agenda that included education, preserving pro-Confederate histories, various forms of public commemoration, and lobbying for Confederate homes for soldiers, widows, and their descendants. In sum, UDC members made their presence known throughout the region, particularly in their local communities, through a mix of political and symbolic actions.

The UDC committed itself to vindicating the Confederate generation.

Throughout most of the 20th century, the Daughters regularly appeared in newspapers and were praised by white southerners for their efforts to preserve Confederate culture—from their work with southern white children to their fundraising appeals to erect monuments to regional and local Confederate heroes. This was especially true of the UDC’s work in the years immediately prior to World War I, when these women built the vast majority of monuments that are currently at issue. They continued to hold sway in southern communities at least through the mid-20th century, before the organization experienced a steep decline in membership, likely in response to racial changes following the passage of the Civil Rights Act of 1964 and Voting Rights Act of 1965. Since the 1960s, the UDC has functioned mostly as a social group that continues to commemorate Confederate Memorial Day and support current members of the military whose ancestors are Confederate veterans. It’s rarely been involved in political battles over Confederate symbols, flags, or monuments.

Beginning with the Charleston Massacre of 2015, Confederate symbols have come under increased media scrutiny. In August 2017, the “Unite the Right” rally in Charlottesville, Virginia—organized under the ruse that white nationalists were there to protest the removal of the Robert E. Lee monument—catapulted the issue of Confederate monuments into our national politics, especially after the death of Heather Heyer by a self-proclaimed white supremacist who drove his car into a crowd, killing her and injuring several other peaceful protesters.

After Charlottesville, media outlets across the US and around the world wanted to know about the UDC. Aside from issuing a brief statement on its website in 2017 and another general statement on December 1, 2018, the Daughters have remained silent and have refused to give media interviews. Their silence, however, speaks volumes about how their organization is now a shell of its former self. Early UDC members were not wilting flowers. They lobbied politicians, raised enormous amounts of money for commemorative projects, gave public talks, and shaped how generations of southern white children learned about the past.

The UDC’s silence in the face of rapid social change speaks volumes about the organization’s decline and changes in the American South.

Since George Floyd’s murder and the swiftness with which monuments have been removed, some UDC chapters have asked to take back ownership of monuments to prevent their vandalism, while other chapters have hired attorneys to fight removal. A few have worked with the Sons of Confederate Veterans to protect and, in some cases, build new monuments. In truth, the UDC is no longer in the business of building monuments; it certainly is not a directive coming from the General Organization (how the UDC refers to its national leadership). Rather, this reflects the essential nature of monuments and the UDC itself, which is that both are a function of what happens on the local level.

What of the organization itself? Its numbers have dwindled significantly, and while the UDC won’t provide an official estimate, it is nowhere near the strength in numbers it was a century ago. It remains a Lost Cause organization, adhering to the principles of its founders in a steadfast commitment to members’ Confederate ancestors, states’ rights, and a historical narrative that’s sympathetic to the Confederacy. The organization’s silence in the face of rapid social change speaks volumes about its decline and changes in the American South. Once revered by their communities, the Daughters of today are simply out of step with that change.

Today’s UDC members seem to be uninterested in reckoning with their organization’s past. The early editions of Confederate Veteran magazine, which regularly featured the UDC's work, or the minutes of the General Organization make clear how their foremothers shaped regional culture around the Lost Cause narrative, including their work to add hundreds of monuments to the southern landscape. The organization’s own records make clear that the legacy of racism and white supremacy that has shaped so much of southern history is inextricably part of the UDC’s legacy, too.

Karen L. Cox is professor of history at the University of North Carolina at Charlotte. She is the author of Dixie's Daughters: The United Daughters of the Confederacy and the Preservation of Confederate Culture and tweets @SassyProf.