Counting on the Census

What Historians Lose When the Census Questionnaire Is Short

Editor's note: This is the first installment of a two-part column. The second installment can be found here.

The US census is about to become a lot less helpful for historical research. Because of the limited number of questions asked in the 2020 census—advertised as just “ten questions in ten minutes”—we are losing the stories of countless Americans, particularly those who have been historically marginalized and who do not leave many other records of their lives. As a historian who uses the census in my own work and as a writer with Ancestry.com, I want to be able to tell more nuanced stories about these Americans. The more questions the census asks, the more I can learn about their lives. 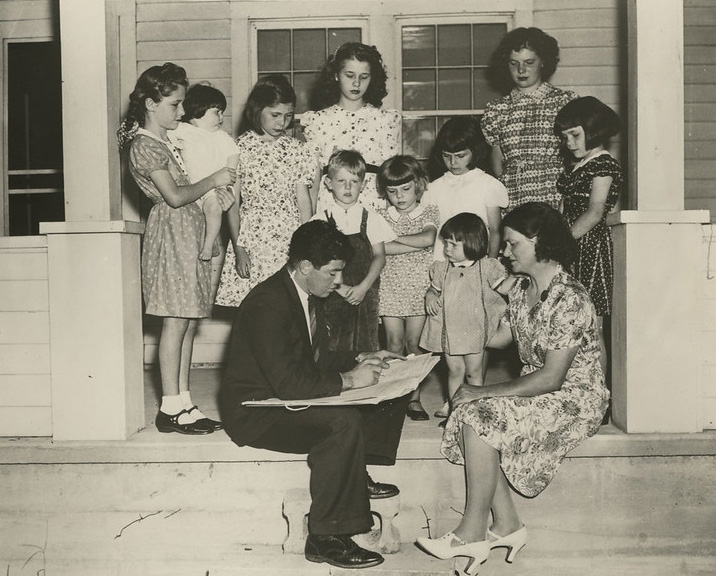 A census worker helps a family complete the 1940 census. It included 50 questions, making it the longest census to date. FDR Presidential Library and Museum/Flickr/CC BY 2.0.

For years, historians, genealogists, and other Americans interested in the past have relied on census records for their research. But when the 2020 census records become available 72 years from now, Americans won’t find much information. The number of census questions might seem like a small thing, but the questions determine how much we can learn about those who came before us. The 2020 census could tell you that your ancestor was a Black woman, but the more extensive 1940 census could inform you that another ancestor was a Black female firefighter who worked a total of 50 weeks in 1939. Those details make all the difference in understanding someone’s life. As historians, we have a responsibility to tell the stories of as many people as possible, and we need the tools to do that, including a robust US census.

When the Constitution first established the census, it wasn’t intended to be used for historical research. The census was designed for proportioning congressional seats. In addition, population information would inform political leaders and the general public about America’s growth as compared with Great Britain as well as gathering information on militia eligibility. The Founders discussed having a more detailed schedule for the first census in 1790—James Madison suggested inquiring about age, occupation, race, and sex—but the Senate decided to forego questions about occupation and included age only for white males. As Madison wrote to Thomas Jefferson, it would be “a waste of trouble and supply material for idle people to make a book.”

It wasn’t until 1850 that the census started to be seen as more than just a population tabulator. After a permanent Census Board was established in 1849, census forms included more questions on socioeconomic development, a new interest in American society due to the rise of statistics in the early to mid-1800s. The 1850 census was the first time that all white people were counted individually; the three-fifths compromise meant that the census counted enslaved people as only three-fifths of a person and “Indians not taxed” remained unenumerated. That year, the census collected more information about specific members of white households than it had previously.

The number of census questions might seem like a small thing, but the questions determine how much we can learn about those who came before us.

The number of questions after 1850 only began to increase. In fact, there was so much information compiled from the 1880 census that it took almost 10 years to publish all of the statistical data. To address this increase in data, Congress established a permanent Census Bureau in 1902. The bureau was responsible for overseeing the creation and tabulation of the census throughout the decade. The scope of the census questions in the early 1900s stayed about the same, but the bureau had a larger staff to deal with the records. More staff meant the capacity for longer questionnaires. Although the 1930 census had included an unemployment question, statisticians, private groups, and governmental agencies wanted to include more socioeconomic questions on the 1940 census that could help determine how the Great Depression had affected American society. These groups petitioned the bureau successfully, and the 1940 census included questions about numbers of weeks worked in 1939, number of hours worked the week prior to the census, and income.

The 1940 census asked a total of 50 questions, the longest census to date. The number of census questions declined precipitously starting in 1950. To deal with undercounting—which particularly impacted minority populations—the Census Bureau started asking fewer questions under the assumption that shorter questionnaires would increase the response rate. The bureau also changed the terminology used to refer to ethnicity and race on the census, which had always been discriminatory, allowing individuals to choose their own race for the first time in 1960. Forty years later, individuals could also select more than one race to describe themselves. Around the same time, statisticians began to consider the idea of collecting data about American society in non-census years. When the 2010 census rolled around, the Census Bureau decided to go back to basics, focusing on collecting population information with the decennial census and reserving the ongoing demographic information for a new, more frequent survey instrument, the American Community Survey (ACS).

Since the census has now gone digital, it is much easier and quicker for individuals to answer more questions.

While the ACS has the benefit of collecting information in non-census years and allows the Census Bureau to focus on correcting for undercounting, it has removed many of the benefits for historical research from the US census. Because the ACS is sent to a small percentage of households, it can only provide information about a sample of the population. The census, though only occurring every 10 years, can provide information about nearly every household in the United States.

The US census does not have to stop at counting the population for congressional reapportionment. The 1940 census should be a model for the 2030 census. Private groups and governmental organizations pushed for more questions in 1940 because they wanted to see the impact of the Great Depression on society at large. Historians have reaped long-term benefits from that lengthy questionnaire. The data it collected enable today’s researchers to tell the stories about Japanese Americans, single mothers, female entrepreneurs, self-employed carpenters and painters, to name just a few. The more information the 2030 census can gather, the better. A robust questionnaire will help illustrate the diversity in American society, economic conditions, and personal details about many individual Americans.

Since the census has gone digital, it is easier and quicker for many people with internet access to answer more questions. The 2020 census was a lost opportunity to tell the stories of how COVID-19 impacted specific Americans, but the 2030 census doesn’t have to be. The census is an important tool for historical research, and it’s time to give historians plenty of information to tell meaningful stories about every American.