Sean Farrell is associate professor of history at Northern Illinois University. Sean lives in Sycamore, Illinois, and has been a member since 1996. 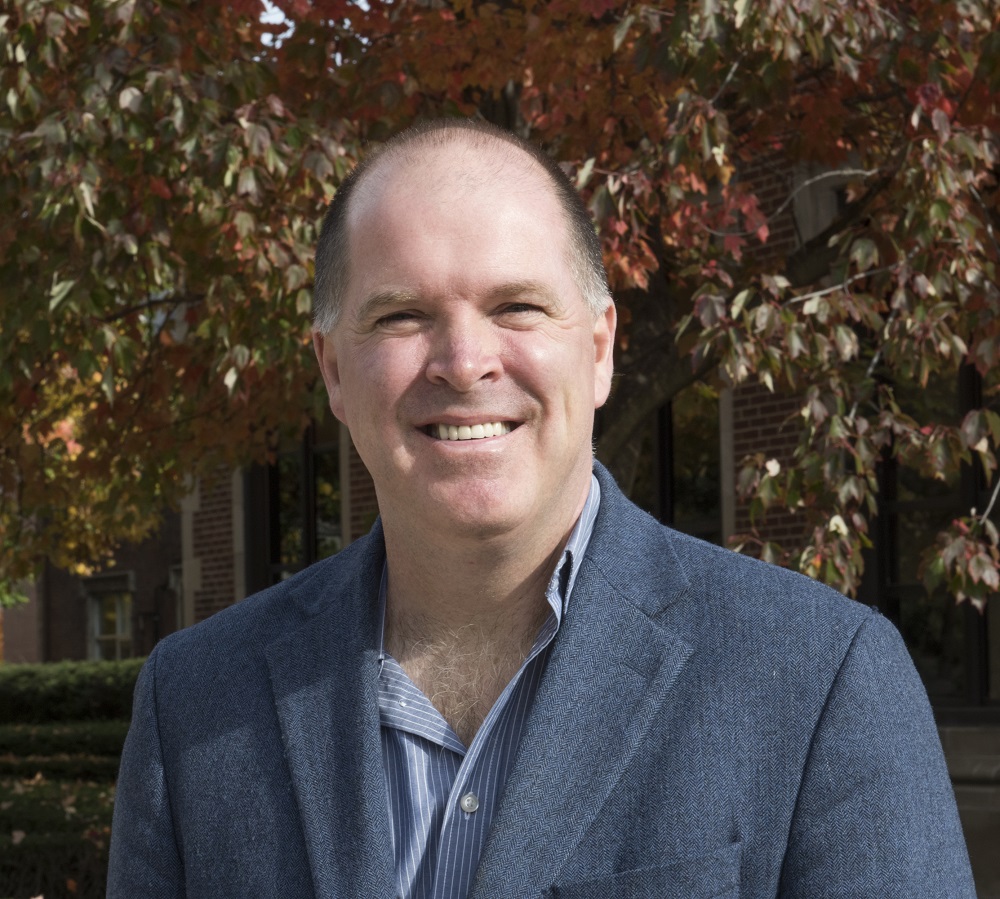 Describe your career path. What led you to where you are today? After working with Jim Donnelly at the University of Wisconsin, I started my teaching career at Newberry College and the College of Saint Rose, two small teaching-intensive colleges (4/4 teaching load) in South Carolina and upstate New York, respectively. I was very fortunate to have terrific colleagues and students at both places. Faculty mentors were so critical for me, helping me learn how to teach and how to produce scholarship at places where support for research was minimal. My involvement in the American Conference for Irish Studies was another vital resource, giving me a scholarly community of people interested in the Irish Studies. After publishing my first book and co-editing a collection of essays, I was lucky enough to land at Northern Illinois University.

What do you like the most about where you live and work? NIU is a second-tier public research university, and I really enjoy some of the opportunities that come with that. We have some terrific undergraduate and graduate students and a very productive research-oriented faculty. This has allowed us to create a tighter community, where students get a chance to work more closely with faculty than they might at an Ivy or a flagship institution.

What projects are you currently working on? I am working on two books on sectarianism in 19th-century Ulster. I have long been interested in the ways that the seemingly simple and reductionist binaries of Catholic-Protestant opposition emerge in a 19th-century Irish society that is remarkably complex, diverse, and fluid.

I am currently doing final revisions on a book manuscript entitled Building the House of God: Thomas Drew and the Making of Victorian Belfast, which examines the career of an infamous Orange preacher to highlight the limits and possibilities of anti-Catholic politics in mid-19th-century Belfast. My next book is a microhistory of the Trillick Railway Outrage, a train wrecking or accident that occurred in northwestern Ireland in September 1854. The case created an immediate sensation, and six Irish Catholic railway workers were imprisoned for deliberately placing boulders on the tracks to wreck the train. Despite intensive efforts, the police never uncovered sufficient evidence to prove their case, and the men were released the following summer, much to the chagrin of conservative Irish Protestants, who were sure this had been an assassination attempt. I plan to write this around the lives of five individuals and groups associated with the episode.

What’s the most fascinating thing you’ve ever found at the archives or while doing research?It is a difficult question, because it is always the most recent discovery that is on your mind. Last summer I was in the Public Record Office of Northern Ireland in Belfast, reading the diaries of William Johnston, a fascinating Orange leader in mid- to late 19th-century Ulster. I was reading the diaries to track Thomas Drew’s religious career, both to get a sense of the biblical verses Drew lectured on and where possible to get Johnston’s personal reaction to the sermons. While I was doing this, however, I came across Johnston’s diary entries that detailed the illness and death of his young son, which included his later reflections on his original entries. Reading them was a really emotional experience (doubtless in dialogue with my own thoughts about my own seven-year-old son) and they remain etched in my memory.

Is there an article, book, movie, blog etc. that you could recommend to fellow AHA members?I still find Thaddeus O’Sullivan 1991 film December Bride fascinating. It is a beautiful and painful movie that features a wonderful sense of silence. The Strangford Lough scenery is stunning, and there are terrific performances by Donal McCann, Saskia Reeves, and Ciarán Hinds. It is a long way from Game of Thrones!