Which History in Obergefell v. Hodges? 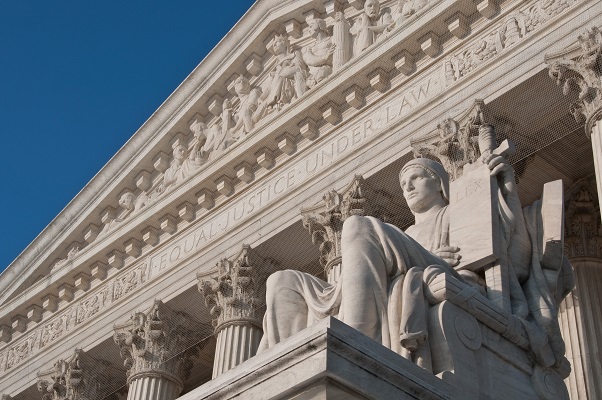 History really matters in Obergefell v. Hodges [et al.], the US Supreme Court case that has brought equal marriage rights to same-sex couples in every state. Justice Anthony Kennedy, writing for the majority, needs the history of marriage to lay the groundwork for his reasoning. “Before addressing the principles and precedents that govern these cases,” the opinion begins, “it is appropriate to note the history of the subject now before the Court.” The opinion proceeds to make the crucial claims that marriage “has not stood in isolation from developments in law and society”; it has “evolved over time.” Why should such points be necessary? Because the dissent written by Justice John Roberts (and signed by the other three dissenters) embraces a very different view. Justice Roberts calls marriage an “unvarying social institution enduring over all of recorded history.” It is “a social institution that has formed the basis of human society for millennia, for the Kalahari Bushmen and the Han Chinese, the Carthaginians and the Aztecs.” More than one version of the history of marriage is operating here, in other words.

The court majority focuses squarely on the history of marriage as a civil institution within the US constitutional order, after a brief bow to the institution’s “centrality” in “the human condition . . . for millennia and across civilizations.” The opinion sees that “the history of marriage is one of both continuity and change” in the United States. In this approach, the opinion follows—and explicitly cites—the historians’ amicus brief submitted by the American Historical Association. Historians in the AHA should be pleased that the intent in the amicus brief “to provide accurate historical perspective” has reached its mark. The court also explicitly cites a second historians’ brief, submitted by the Organization of American Historians, in reference to the history of condemnation and criminalization of same-sex intimacy until recent decades. These citations are especially notable, because the justices are not bound to read the amicus briefs. They are optional. (More likely their clerks do the reading initially, if at all.) In this case there were more than 100 amici to choose among. The court’s opinion cites only three others besides the two historians’ amicus briefs.

In drawing attention to ways that marriage in the United States has changed over time to admit new understandings of liberty and equality, the court takes note of previous changes in marriage, long before the question of same-sex marriage came up, and says these “were not mere superficial changes. Rather, they worked deep transformations in its structure, affecting aspects of marriage long viewed by many as essential.” The opinion mentions the shift from arranged marriages to volitional contracts and the gradual demise of coverture, once “society began to understand that women have their own equal dignity,” as examples. The understanding that marriage in the United States has had a long history of prior changes underpins the majority’s approach to the legitimacy of marriage between couples of the same sex and buttresses its assertion that “changed understandings of marriage are characteristic of a Nation where new dimensions of freedom become apparent to new generations.”

The court’s constitutional reasoning interprets the due process clause and the equal protection clause of the Fourteenth Amendment together, to conclude that the right to marry is a right so fundamental that it cannot be denied to couples of the same sex. In every precedent cited to back this up, the court concedes, “a relationship involving opposite-sex partners” was at issue. But again sounding the theme of change over time, in constitutional interpretation as well as in marriage itself, the court points out “If rights were defined by who exercised them in the past, then received practices could serve as their own continued justification and new groups could not invoke rights once denied.”

In finding couples’ right to marry included in the personal liberty protected by the due process clause, Kennedy is engaging what is called “substantive” due process, which means identifying rights not previously thought to be included in the “life, liberty or property” that the clause literally names. To do so, he relies on precedents beginning with birth control cases of the 1960s that extended the liberty right to include “certain personal choices central to individual dignity and autonomy, including intimate choices that define personal identity and beliefs.” The established test for the court’s assessing whether a practice can be included within the liberty interest in the due process clause is whether it is “deeply rooted in this Nation’s history and tradition.” To the dissenters, the answer about couples of the same sex marrying is obvious: the issue at hand “is not the protection of a deeply rooted right but the recognition of a very new right” (Justice Roberts quotes Justice Samuel Alito’s objection from an earlier case).

Justice Kennedy and the majority reject the idea that a new right is being sought. Rather, leaning on a line of precedents that emphasize personal choice, individual autonomy, and sexual equality, as well as the numerous cases that say marriage is fundamental to individuals and a building block of society, the majority sees a new class of persons being admitted to a long-established right, as has happened before. “In defining the right to marry,” the majority says, previous cases “have identified essential attributes of that right based in history, tradition, and other constitutional liberties inherent in this intimate bond,” and they see those attributes as equally applicable to couples of the same sex. They understand “the right to marry” as meaning “the right to marry the person of one’s own choice,” the principle that threw down racial barriers of three centuries’ standing in Loving v. Virginia and that they employ here to include same-sex couples within the right to marry.

Justice Kennedy ties this reasoning about liberty to additional reasoning about equality, based in another Fourteenth Amendment clause that has been crucial for rights expansion—the guarantee that citizens should enjoy equal protection of the laws. He does this by invoking 1970s and 1980s precedents resulting from feminist success in striking down “invidious sex-based classifications” in marriage law. (These were often led by lawyer Ruth Bader Ginsburg, before she was on the bench.) These precedents show that “the Equal Protection Clause can help to identify and correct inequalities in the institution of marriage.”

The majority’s reasoning thus brings forward both liberty (due process) and equality (equal protection) claims for same-sex couples’ marriage rights. This assumes a living Constitution, whose successive interpretations can change the reach of both liberty and equality. The dissenters do not accept this reasoning at all. Accusing the majority of “stealing this issue from the people” by abusing substantive due process with over-interpretation based on nothing but the justices’ personal views, the dissent written by Justice Roberts uses guilt by association in likening the opinion to the infamous Lochner decision of 1905 and even to the reprobated Dred Scott decision. Justice Antonin Scalia sees a “threat to democracy” in the majority, accusing them of a “judicial Putsch.” All of the dissenters formally object that the majority view is peremptory and unwarranted by the Fourteenth Amendment; they would have let the Sixth Circuit Court decision, which allowed four states to prevent same-sex couples from marrying, to stand.

“To blind yourself to history is both prideful and unwise,” the chief justice writes in his dissent. But which history does he have in mind? History, like the Constitution, can be read in more than one way. In the dissenters’ reading of history, marriage is an “unvarying social institution.” Changes over time in marriage in the United States, including those brought about by judicial review, do not figure in it. The majority has a different reading of history as well as of the Constitution. The majority sees marriage as a civil institution that has contained constitutionally impermissible inequities in the past—inequities that were addressed by judicial review. Taking a cue from the historians’ brief, the majority understands previous changes to “have strengthened, not weakened the institution of marriage” and intends to continue on that path, removing another inequity with its current ruling.

Nancy F. Cott is the Jonathan Trumbull Professor of American History at Harvard University, where she teaches the history of gender and sexuality in the United States, and is the author of Public Vows: A History of Marriage and the Nation, among other works. She is president-elect of the Organization of American Historians.