Uncovering the Past at Mount Vernon’s Slave Cemetery

At the commencement of the Mount Vernon archaeology department’s multi-year Slave Cemetery Survey project, Reverend Darrell Keith White urged visitors to George Washington’s plantation home to recall the “unnumbered trail blazers who rest beneath this hallowed space.” Eleanor Breen, deputy director for archaeology at Mount Vernon, recalls Reverend White’s words when she discusses the significance of the project. “Through this archaeology project,” she says, “the enslaved and free African American people of Mount Vernon who are buried in the cemetery will go unnumbered no longer.” 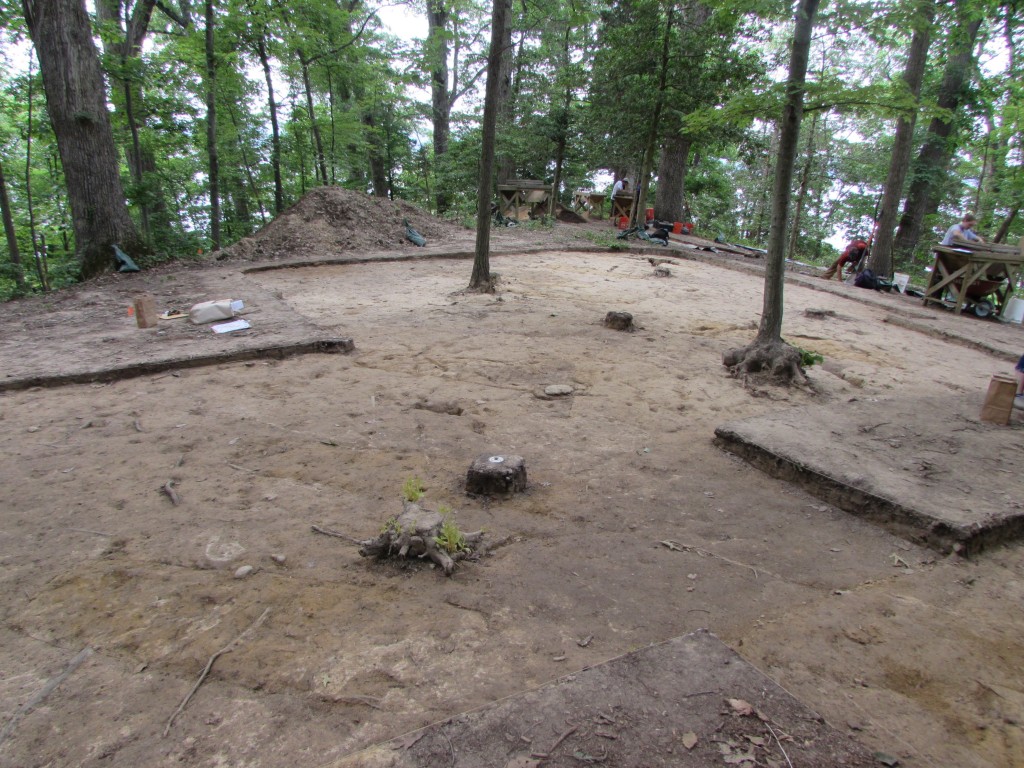 It is an aspect of slavery’s evil that can easily go unnoticed. For every William Lee—the personal attendant of George Washington whom the general mentioned by name in his will—there are countless slaves whose whole identities remain lost to us because no sources documenting their lives survive. Even the names of many slaves remain a mystery to historians, along with the hopes and dreams, frustrations and sorrows that made them full-fledged human beings. Robbed of their individuality in life by being treated as property, these human beings are robbed of it in death as well through the silences that keep us from knowing who they were and how they lived. 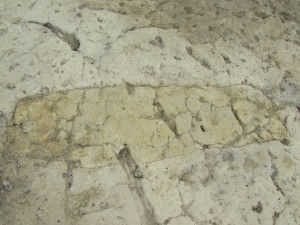 The outline of a grave shaft. Photo by author.

The goal of the project at Mount Vernon, as the project’s crew chief, Joe Downer, explains, is to reclaim as much of that story as possible. “It is a profound thing to uncover and identify a grave shaft,” Downer says. “Each outline that we see represents a single individual, someone who lived, forged relationships, made memories, and had both joy-filled and sorrowful life experiences that helped shape who they were. The fact that many of these individuals were forced to live in a system that denied them their humanity makes their story all the more powerful. I think it is compelling for visitors to see these grave sites because it forces them to think of the enslaved individual, and the enslaved community, in a way that is not possible on other areas of the estate.”

The burial site is located south of Washington’s tomb on the Mount Vernon grounds, in a wooded area at the top of a hill overlooking the Potomac. The aim of the project, Breen explains, is to determine the size of the burial site, how many graves there are at the site, and how those graves are arranged. Out of respect for the individuals buried there, no bodies are being exhumed. Instead, archaeologists and volunteers are conducting shallow digs—only inches deep into the soil—to reveal the outline of individual graves, visible because of the slightly darker shade of soil that resulted when slaves dug the grave and filled the soil back in. So far, they’ve uncovered 31 graves.

Though so much precious information about these people can never be recovered, Breen and Downer point out how much there is to gain through examining the size and layout of the burial site. Before beginning the project, the team “hypothesized that burials could have been arranged in neat, tidy rows that suggested a more controlled or planned cemetery,” Breen explains. “Or burials could be arranged in a more irregular fashion that could suggest agency on the part of the enslaved community to create a burial ground they found suitable. The other factor to consider is the passage of time and how permanently the burials were marked—this could account for a more regular arrangement as well.” As is so often the case with anthropological and historical research, the crew found evidence to support each of these hypotheses. They did find graves arranged in a general row pattern—but then they also found more that broke with that pattern.

The team is pairing archaeological techniques with historical inquiry, including an oral history project in which researchers interview descendants and the creators of the 1985 memorial on the site. They are also working with volunteers, many of them students from local schools. Volunteers on the project not only learn basic archaeological and historical techniques but also get to interpret the site for visitors to Mount Vernon, educating the public about the human lives behind the exploitative system that sustained Washington’s home. “Interpreting our project to the public is perhaps one of the most important things we do on site,” Downer remarked. “At the cemetery, volunteers are able to hone their public speaking and interpretation skills by communicating our goals and findings to various audiences and individuals of all ages.” The results, Breen added, have already been remarkable. “A group of African American visitors came by the site at the beginning of this year’s field season. After listening to one of the archaeologists interpret the site and seeing the work, one commented, ‘Well, seeing this is worth the price of admission.’ My hope is to elicit this response from everyone who hears about the project.”

Volunteers and archaeologists work on the project every Friday and Saturday through October, weather permitting. Those interested in volunteering are encouraged to visit the project’s website. And those who want to view the site can do so by contacting Eleanor Breen at ebreen@mountvernon.org.

Nathaniel C. Green holds a PhD from Washington University in St. Louis, specializing in early US political culture. He is currently a fellow at George Washington’s Mount Vernon.