The Problem Is Ethnicity, Not Race

This blog post is one of a three-part series on issues of gender and race identity. In this post, Daryl Michael Scott weighs in on race and ethnicity.

For historians who embrace postmodern definitions of race and gender, Rachel Dolezal is transracial just as Caitlyn Jenner is transgender. In both cases, racial and gender constructions are understood to not only be free of biological considerations, but are also fluid and lack any “essential” racial or cultural traits. Yet not every historian in the valley is happy. For me and perhaps others, the problem is ethnicity, not race. The latter posits a biologically distinctive classification in the human family, while the former emphasizes peoplehood based on culture, history, and collective life. At once treated as a race and a people, African Americans are double wrapped in black. Ethnically white American, Rachel Dolezal can no more become African American through self-identification than she can become Dinka, Igbo, Afro-British, Scottish, or Irish. 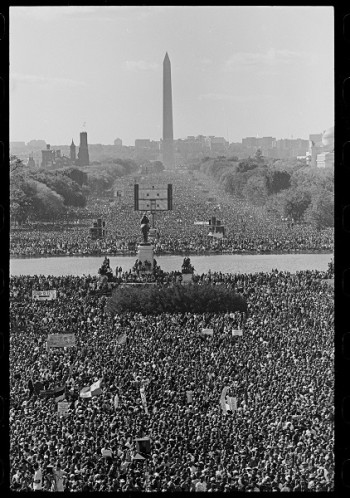 Within the mainstream of the historical profession, African American history has twice been centered on the concept of race and both times it has resulted in controversy as the ethnic dimensions of African American life and history have been discounted. In the 1950s, scholars such as Kenneth Stampp and Stanley Elkins sought to rid the profession of the antiquated notion that racial traits produced culture and shaped history. Stampp famously and regrettably held that the slaves were simply white men in black skins, and Elkins said that the slaves had been stripped of their culture by the process of enslavement and slavery. Both shared the anthropological theory that culture was superorganic, but they went too far.

This deracinated notion of black identity ran against everything that black scholars and intellectuals had advanced outside the academic mainstream. Centering their work on slavery and free blacks, a new generation of black and white scholars arrived in the late 1960s and produced a body of work that proved Ralph Ellison correct in holding that the enslaved had made something greater than their oppression: They had produced family structures, local communities, nationwide institutions, culture, art, collective politics, and traditions. If a drop of “race” defined the parameters of the descent group, belonging entailed much more. John Blassingame and Mary Frances Berry’s Long Memory, Vincent Harding’s There Is a River, and Lawrence Levine’s Black Culture and Black Consciousness captured the tenor of the times by invoking a people who had culture, tradition, and descent. In Black Odyssey, Nathan Huggins advanced the full-blown ethnic argument. In short, beneath what they took to be a meaningless category of race, ethnicity existed.

By the early 1990s, the study of African Americans as a people found itself again side-tracked by an obsession with race as an oppressive imposition. With the laudable goal of liberating Americans and the world from stifling categories of race, class, and gender, scholars brought the supposed sophistication of postmodern theory to the fore and made social construction the center of the enterprise. Not only was the white race invented to serve the needs of colonial slavery, the Irish and successive waves of other groups traded in their ethnic identity for psychological wages and privileges of being white. In America and throughout the world, Africa and people of African descent have been represented as “racialized” populations; an emphasis has been placed on the fluidity of race and culture; and admonishments are made against essentializing either. In Michael Gomez’s influential Exchanging Our Country Marks, African ethnic groups disappeared in the United States, and a “race,” not a new people, was born. Just as women’s history came to seem theoretically vapid and dull-edged compared to gender studies, so too did works that focused on blacks as a people rather than a race, especially when they did not problematize identity. Given the widespread uproar among scholars, Rachel Dolezal’s transracialism exposes the limits of scholarly consensus.

Most people outside of academia do not fully understand, or care to wrestle with, the distinctions between “race” and “ethnicity.” They know even less about our theoretical trends, especially our opposition to essentializing race or culture and policing borders. These are the kinds of practices that ethnic groups engage in. Becoming transracial is decidedly easier than becoming transethnic. A student of black people, Rachel Dolezal knew that cultural knowledge and being transracial alone did not suffice for belonging. She also knew that for black Americans race also means lineage—transgenerational belonging based on recent ancestry, not just distant genetic connections. We want to know “who are your people, where you from.” When he ran for Congress on the Southside of Chicago, Barack Obama, despite his racial affiliation and the fact that he had married into the group, was not seen as “African American” or Black American in the eyes of many African Americans there. Wearing what Robert E. Park used to call the “racial uniform” does not always provide entry. As some African Americans are apt to say, “Just because you’re my color don’t mean you’re my kind.” Ethnic assimilation can be an ugly thing. Historians know this when we are not into ethnic denial.

Next Post: Beyond Binaries: How Transgender History Advances Discourse on Identity 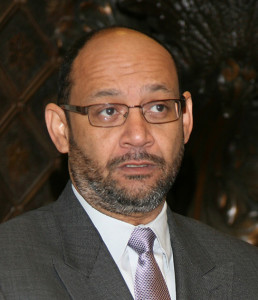 Daryl Michael Scott is professor of history at Howard University and president of the Association for the Study of African American Life and History.