The Language of Professionalization: Potential Pitfalls

Over the past year I have started to participate in discussions about career diversity for humanities graduate students. Essentially, there are two different conversations taking place. On one hand there is a discussion about the crisis of the humanities, the changing nature of work itself in the 21st century, and the importance of providing graduate students with the intellectual training necessary to be engaged, creative, compassionate thinkers. On the other hand there is a discussion about professionalizing humanities and history graduate students and providing them with career development opportunities from the moment they enter graduate school.

The language of professionalization can be off-putting to me and to many history graduate students for two reasons. First, it threatens to subsume the reasons my peers and I chose to pursue PhDs in history. Second, the language and the rhetorical framework behind it actually undermine the importance of the humanities within existing institutional structures.

For me and many of my peers at UCLA, pursuing a PhD in history was a conscious, informed decision we made after having had professional experience outside of the university. Some of us taught high school, some of us worked as analysts at financial firms, some of us were midwives, some of us traveled and lived abroad, and others ran nonprofit organizations with substantial annual operating budgets. I realize that there are many people who go straight to graduate school from undergraduate and not everyone enters a PhD program having had some of the experiences my peers and I have had. Nonetheless many of us at UCLA were already professionals of some kind before we began our PhDs. We chose to leave these perhaps more secure, comfortable positions because we desired a life that was more intellectually engaging. Some of us were looking for space and time to think, some wanted to play with ideas or enjoy being lost in the lusciousness of language, others were driven by the desire of discovery. To us, “professionalization” sounded too rigid and structured, compared to the free-flowing world of ideas that we sought. One of the dangers in reforming humanities PhD programs and emphasizing skills and measureable outcomes is that we intensify this process and strip humanities PhD programs of their intellectual substance. As one of my friend’s put it, “If I had wanted to be a professional, I could have chosen a much easier path, to say nothing of a profession more lucrative than being a historian.”

The discussions about what graduate education should look like, however, actually provide an opportunity to intervene in another discourse. Given the way the spheres of academic and intellectual life have been largely conflated in the contemporary United States and the fierce culture of anti-intellectualism that exists in the mainstream American media, the discipline of history finds itself in a crisis of relevance. Part of the way out of the crisis is for historians to help nurture a broader intellectual culture beyond the academy. We need to address important questions not only about how people pursue careers beyond the confines of the university, but also about how to better integrate the world outside the academy within the university in order to create better models for training history PhD students to be not only better historians, but also more engaged intellectuals. Thinking of ourselves as intellectuals first and foremost turns the space of the academy into a vehicle for doing intellectual work, but not necessarily the end point of our journey. It is also language that lays claim to the space of the university as a place for creative, critical engagement.

Nearly every graduate student I am in conversation with wants to engage in a serious discussion not only about his or her own future as a historian, but also about the future of the discipline. However, discussions framed using the language of professionalization and career development don’t resonate with most graduate students. The idea of professionalization in and of itself is not necessarily bad. There are many different traditions of professionalization within the humanities that have arguably been beneficial for establishing standards for training graduates as well as theoretically and methodologically advancing disciplines. Moreover, the issues the current discussion about professionalization is trying to address are critical and weigh heavily on the futures of current PhD students. Yet unless there is space within these discussions to interrogate and engage the language of professionalization, they risk being off-putting to the very audience they are attempting to engage. Here at UCLA one effort to address this tension within the Career Diversity Initiative is the upcoming Futures of History: Discussion, Demonstration, and Displays, a two-day conference organized by the Department of History. As humanists and historians we have a particular responsibility to think critically about the history and politics of the language we use to frame discussions. 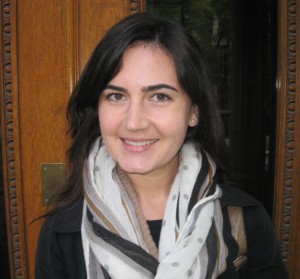 Kate Elizabeth Creasey is a PhD student in the history department at the University of California, Los Angeles. She is a member of the organizing committee of Futures of History: Discussion, Demonstration, and Displays, scheduled for February 25–26, 2016. You can read more of Kate’s writing on her blog at kateelizabethcreasey.com.