From 16th-century Morocco to 1970s Congo, from 1800s Virginia to 1940s Palestine, these seven novels published in the last twelve months offer rich worlds where history and fiction intersect. The historical characters of The Mapmaker's Children and The Dream Lover are colorful. The fictional character of The Woman from Tantoura lives through horrific historical events. Ebola '76, set in a past perhaps too recent for comfort, concerns a deadly virus that recently spread again, yet Amir Tag Elsir's humor translates well into English. Each of these novels transports the reader to a different, and distant, time and place. Enjoy! 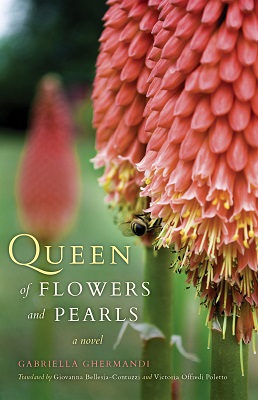 This heart-wrenchingly beautiful novel, about memory and memorializing, teaching, relationships, and community, is written in an Italian suffused with Amharic and with Ethiopian culture. Set in Ethiopia, it begins when village elder Abba Yacob tells young Mahlet about his adventures as a resistance fighter during Italy's colonization of Ethiopia. Citing the author's intent to educate Italians about the history of colonialism in Africa, the translators tell us that the flavor of the language is part of that education and therefore should be retained in the English translation. And retain it they did, along with the poetic imagery of the original. For example, Abba Yacob narrates, "I fell asleep and I dreamed I was throwing up something black. I awoke and I vomited my dream." The elders tell Mahlet, "May God make you grow up and be worthy of a great injera." (Injera is a pancake-like, spongy Ethiopian bread.) Driven first by a child's love for grown-ups' stories, then by a young woman's mourning and nostalgia, Mahlet collects the memories of people who lived through the occupation and witnessed the brutality and courage that make up day-to-day life in wartime. Through Mahlet's journey we learn the most intimate details of Ethiopians' and Italians' lives in the 1930s. 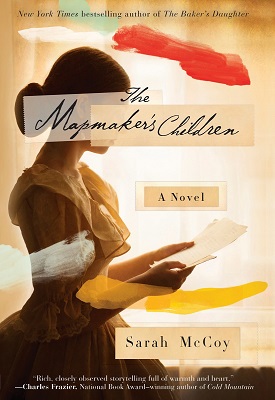 The novel is split between two time periods; one beginning in 1859 and the other in 2014. It revolves around the contemporary character Eden, who lives in a New Charlestown, West Virginia, house dating back to the 1800s, and Sarah, John Brown's daughter, who lived in the 1800s. As the novel unfolds, Eden becomes more and more curious about the history and mysteries of her house and the people who have passed through it. Meanwhile, we learn about Sarah, who has a talent for mapmaking, a skill she puts to use for the abolitionist cause. Her father is sentenced to be hanged at the beginning of the novel, and we accompany her on her journeys in the coming years, most notably when she first hears the song "John Brown's Body" ("Glory, glory, hallelujah! Glory, glory, hallelujah!") in 1860. Other characters include Ms. Silverdash, who has a master's in history, and Cleo, the neighbor's granddaughter. The author does not have a degree in history, but she did win a historical fiction award in 2012 for her novel The Baker's Daughter. She spent three years researching the life of Sarah Brown. 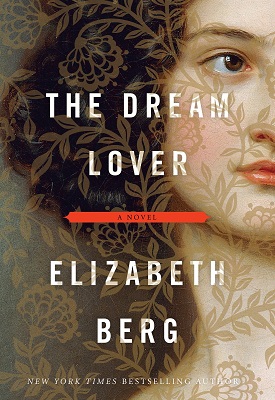 In the dining room, the men are eating roses," begins Elizabeth Berg's first historical novel. The men are Gustave Flaubert, Ivan Turgenev, and Alexandre Dumas. Set in 19th-century France and beginning in Napoleon's reign, the novel moves back and forth between the beginning and the end of the narrator's life, from her birth (with her father playing the violin in the background), and her mother's abandonment of her, to her adulterous, but guilt-free adulthood. Aurore, the main character, is based on a true character, an author who was advised to "make babies, not books," and goes on to make both. She dresses in men's clothes, spends her adult life in the circles of writers such as Balzac and actresses such as Marie Dorval, and writes prolifically under the pen name George Sand, fictionalizing her adventures in search of love. Although she finds many lovers, she does not find peace. Elizabeth Berg based the novel on Sand's 1,184-page autobiography, her books, and several biographies about her-most of which contradict each other. 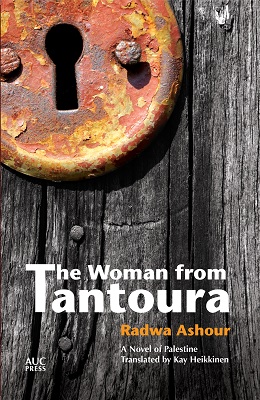 The Woman from Tantoura by Radwa Ashour, translated by Kay Heikkinen (American University in Cairo Press, 2014)

Its events begin in 1948 Palestine, so this is not an easy book to read. The novel tells the story of exile through the eyes of Ruqayya, whom we meet in youth in her native village, Tantoura, and follow through marriage, childbearing, and old age. The exile is long and bitter. Harrowing events follow Ruqayya to the south of Lebanon, to Sabra and Shatila, and to the camps of Jenin. Her memories of massacres and disappeared relatives follow her to the Arabian Peninsula and Egypt. The accounts of trauma and memory, war and loss in this novel are raw and convincing. The characters-women who carry around their necks keys to houses they were forced to flee, young men who fight in militias, farmers who sneak into their lands to harvest their crops in the darkest hours of the night-are complex and relatable. The characters find ways to cope after each horror they witness, some better than others. We follow them, and also their children, as they process their losses, cherish their traditions, and seek reconciliation.

The disease in question in fact broke out in Congo in 1976, but the author of this novel warns us that Ebola '76 is "a work of pure fiction, bearing no relation to reality. All references to the rebellion and civil war are also fictitious, and unfounded in historical events." The author's imagination, combined with his training as a medical doctor, makes for striking writing. The first sentence of the book reads, "It was a blazing afternoon in August 1976, and the deadly Ebola had begun its pursuit of Lewis Nawa, fiercely determined to infiltrate his bloodstream." The virus remains a character with intentions and actions to the end, chasing Lewis around town, trying to hitch a ride from Kinshasa to Nzara. Despite the gravity of the subject of the novel, the language is witty and the mood light-seeing the world from the perspective of the virus, after all, is very different from seeing it from the perspective of grief-stricken men who lost their lovers. The humor is not always dark, but it often offers commentary on a wide spectrum of human nature. The reader might be left scratching her head at different points in the story-are the events, described as perfectly normal, strange because they happened 40 years ago in Africa or because we are reading a fantasy? The Sudanese author has written 10 novels, one of which won the International Prize for Arabic Fiction, as well as biographies and collections of poetry. 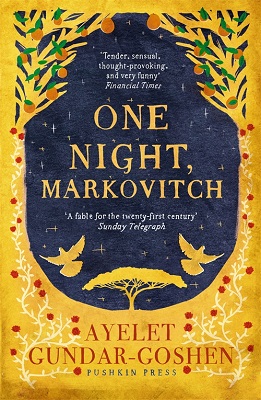 Absurd and humorous, this sexually explicit novel is set in Palestine before the establishment of the state of Israel. In our first encounter with quirky Yaakov Markovitch, the main character, he crushes a man's head to save his friend Zeev Feinberg (and the murdered man is, of course, "the Arab"). Feinberg, whom Markovitch befriended because of his formidable moustache, is in love with a woman who smells like oranges, but is separated from her after he sleeps with another woman, Rachel Mandelbaum. Rachel is married to a butcher, and Feinberg is afraid the butcher will kill him. The two friends, Feinberg and Markovitch, embark on a journey to Europe to escape the butcher's wrath, then return, married. This would be the first of many strange journeys the two men take together. We know what Feinberg wants-to watch and touch female body parts, of many women, and then of his beloved Sonya-but with Markovitch, we are less clear. The plot gets stranger and stranger as the two friends live ordinary lives in extraordinary ways. 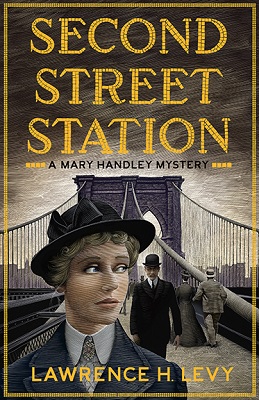 In 1800s Brooklyn, Mary Handley, "an intelligent girl with a sharp wit" who reads Kierkegaard and Darwin and learns jujitsu from her Chinese friend's father, becomes a detective. Her first assignment is to catch the murderer of her friend's fiancé. In the meantime, we follow Bowler Hat, the caricature of a murderer-so prolific is he that he becomes miserable if he goes six days without killing. Murder suspects include Nikola Tesla, Thomas Edison, and J. P. Morgan. Charles Pemberton, son of Coca-Cola's inventor, also plays a part in this novel. A quick read, this murder mystery is complete with romance and betrayal. Author Lawrence H. Levy wrote for TV shows such as Seinfeld and Saved by the Bell. This is his first novel.