Just a block and a half from the Dupont Circle Metro station in Washington, DC, the Phillips Collection is a favorite among many Washingtonians, a small treasure in a city of many museums and tourists in matching T-shirts. Proudly proclaiming itself “the first American museum of modern art,” the Phillips Collection houses works by Renoir, Matisse, El Greco, Van Gogh, Georgia O’Keefe, and other important artists. But the museum founder, Duncan Phillips, also collected photography, and this summer, 150 photographs from the museum’s collections will be on display as part of the American Moments exhibit. 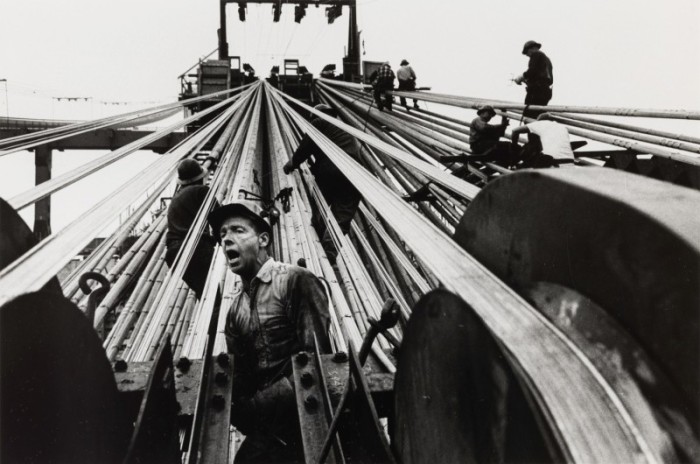 Workers on a Bridge, Telescoped View Looking Up by Bruce Davidson. Phillips Collection.

During her travels, Bubley also took many photographs that documented the lives of workers across the US, including women who worked in various professions. Many of Bubley’s photographs from the DC period were taken in women’s boardinghouses. Esther’s own sister was a government employee and lived in a boardinghouse for Jewish women on 2013 Massachusetts Ave. NW. 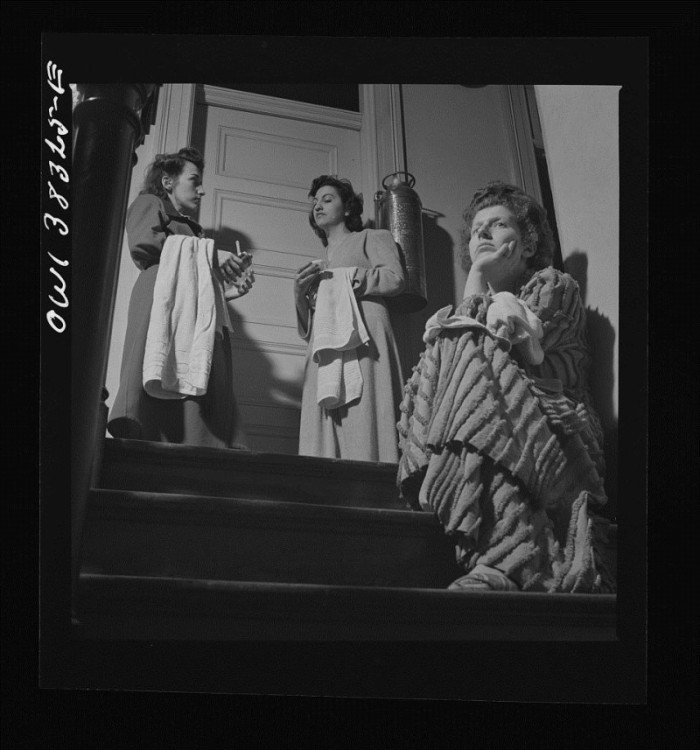 Esther Bubley photographed her sister, Enid Bubley, with two other women at Dissin’s boardinghouse in January 1943. The photograph is now housed by the Library of Congress Prints and Photographs Division.

Another photographer whose work is featured in the American Moments exhibit is Bruce Davidson, whose East 100th Street series captured the poverty of one block in 1960s East Harlem. 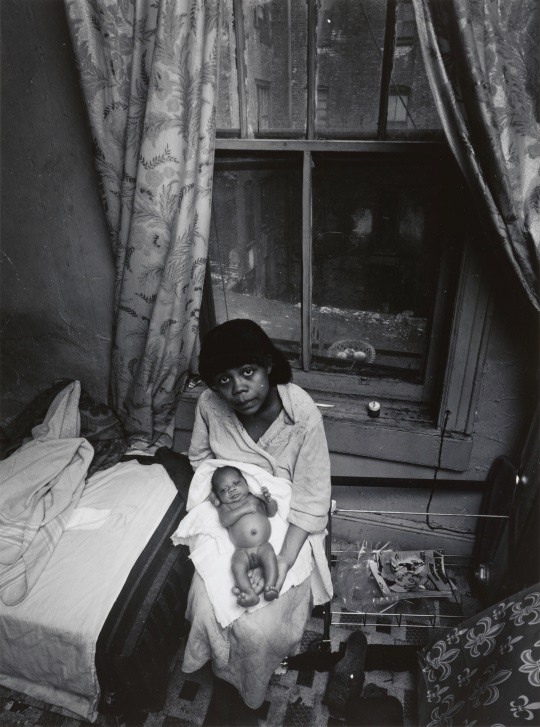 Bruce Davidson, Woman with Newborn on Lap, between 1966 and 1968. The Phillips Collection, Washington, DC.

Davidson also followed a New York gang, the Jokers, “recording their smoking, drinking, and kissing” in 1959. These photographs formed his Brooklyn Gang series. 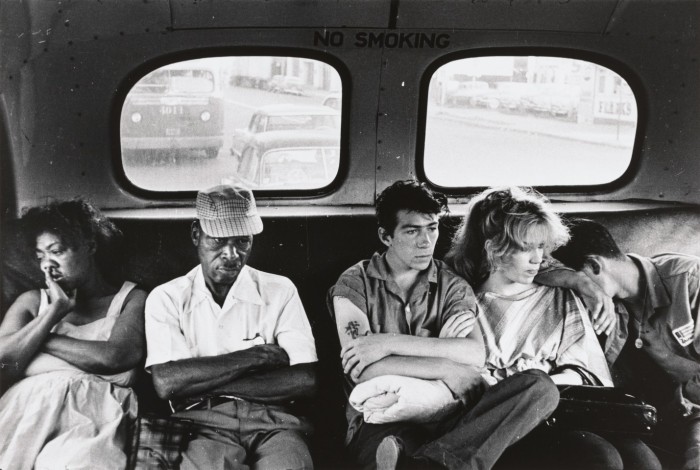 Bruce Davidson photographed members of the Jokers gang on their way back from Coney Island. Phillips Collection.

It was a time of change—photographer Bernice Abbott had gone off to Europe for a few years, and when she returned to New York, could not recognize the city. Women had begun to work and to do so in professions that were traditionally men’s. And the Civil Rights movement inspired many of the photographers, Bruce Davidson in particular.

The exhibit is divided into seven sections: Framing the City, Labor, Scenes from the Road, Connections, Separation, Artist Portraits, and Framing Nature. The exhibit features the works of Bernice Abbott, Louis Faurer, Clarence John Laughlin, and others. Collectively, these photographs show different aspects of 20th-century American life; young people having fun, farmers selling their crops, construction workers building bridges, telephone operators, and artists. The exhibit is open from June 6 to September 13, 2015, with an exciting program of related events, including a lecture by photographer Bruce Davidson on June 11, and a talk by Jean Bubley, director of the Esther Bubley Photography Archive, on August 27. 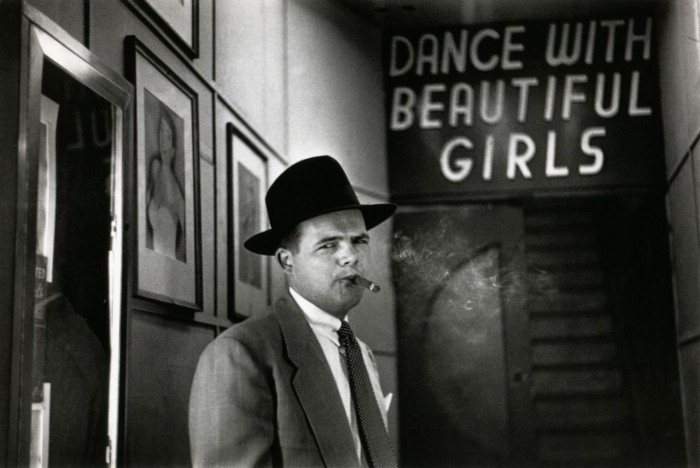