My First Year on the Tenure Track

In anticipation of a new academic year, we solicited reflections from three early-career historians on their first years in new positions. Today, Marsha Barrett talks about her first year on the tenure track.

In August 2014, I arrived in Starkville, Mississippi, to begin my role as an assistant professor of history and African American studies at Mississippi State University. I soon learned that my previous life in Connecticut and New Jersey had not prepared me for the humidity nor the surprisingly difficult process of moving myself and my newly purchased furniture to an area that people identify based on its 2.5 hour proximity by car to the closest cities. If you are moving to Mississippi in August, I would advise you to unload your boxes after nightfall. For a more general audience, I caution against thinking that if you make enough lists and plans you can arrange a problem-free move. I learned that lesson the day before my classes began, as I sat in an apartment with no Internet access and little more furniture than an air mattress. I finally stopped worrying about all of my lists and set the more reasonable goal of making sure I showed up where I was supposed to, on time. If I could go back in time, I would tell myself to loosen up a little and try to stop worrying about variables beyond my control. 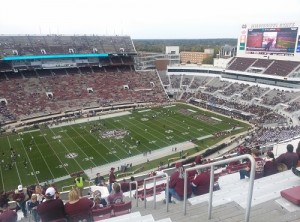 Before relocating, I tried to prepare myself for what I thought would be an inevitable feeling of isolation, but what I soon learned once classes started was that I was so busy, and my electronic calendar was so full, I often did not have time to feel lonely or isolated. It was a relief to return to my apartment after being “on” all day, and I quickly adopted the habit of spending my weekends holed up trying to prepare for another week. Looking back, I wish I did not rely so heavily on the valid excuse of being too overextended to explore my new surroundings. I bristled at the idea of jumping in my car and driving the 2.5 hours to get to a city like Memphis or Birmingham, but now I wish I had carved out time dedicated to doing something completely unrelated to work. I did get out enough to know that I missed out, and I do plan to make time to explore more during my second year.

The idea of moving to a new place that may seem less than ideal (and possibly frightening) highlights another point I cannot omit, particularly because no one mentioned it to me when I went on the job market. One of the most unexpected and rewarding aspects of my relocation is that it has led me to consider new research projects that never would have occurred to me, a political historian with an innate interest in the urban North. Not only have I loved teaching African American history to my students at Mississippi State, I have loved thinking about the history of the South and its impact on contemporary society now that I actually live in the South. I now find myself thinking about research projects that center on Mississippi that I can almost guarantee would not have occurred to me had I not moved here. Understandably, job seekers often worry about the negative aspects of moving to a place they don’t know, but I have found inspiration and opportunities in my new home.

Finally, as a person who was drawn to academia because of my love of research, I did not expect to love teaching as much as I do. I was nervous about being in front of a class on a regular basis, but teaching and getting to know my students soon became two of my favorite activities. Talking to rooms full of people could be draining, due to my introverted nature. Over time, I felt less nervous, but more importantly, I connected with teaching because I thought of it as an extension of my writing. I realize now that figuring out the most effective and engaging way to present material to students isn’t that different from figuring out how to present research in an article or chapter. Teaching also gives you immediate feedback from your students. If a lecture fell flat, I could try again in a couple of days rather than wait months to hear back from a journal or anonymous readers. What I’ve found is that I can relate my new responsibilities to the strengths I identified while in graduate school. Connecting these two career stages this way, you may realize that your new duties may share important similarities with the tasks you have been completing for years and that your new responsibilities can help you refine your skills in other areas.

If I could go back in time and talk to myself last year, I would say that your first weeks on campus will not be an extension of your on-campus job interview, which could never be a perfect representation of your new job and campus. Give yourself time to draw new conclusions about your department and the overall environment. Ask for advice whenever you can, because graduate school does not prepare you for attending faculty meetings, conducting your first job candidate interview, or figuring out the best way to complete the everyday tasks of a newly hired professor.

Above all, I would tell myself, keep an open mind. 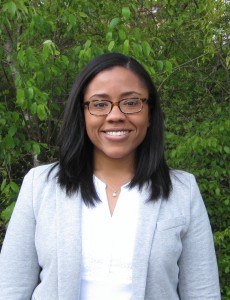 Marsha Barrett is a modern American political historian who examines electoral politics, policy generation, and American social politics. She is particularly interested in urban communities, public policy, and the impact of race on American society and culture. Her current project merges electoral politics with social politics and policymaking to highlight changes in the racial politics of liberalism and conservatism in the postwar era. She has a PhD from Rutgers University and just completed her first year as an assistant professor at Mississippi State University.

Read also the first post in our “My First Year Series”: My First Year Beyond the Professoriate, by Thai Jones, talking about his first year as a special collections curator. Also remember that AHA offers discounts on various publications and scholarly services for members, so as you head into the new academic year, check out these member benefits.