Ecological Explorations on Staten Island: Cycling through the Greenbelt

Last week, I stepped away from my computer and into the Staten Island Greenbelt, wondering what it means to bicycle one’s way through the writing process.

I have spent this June revising a chapter of my dissertation, tracing the mid-1960s transformation of Robert Moses’s Richmond Parkway plans into the Staten Island Greenbelt. In their successful campaign to thwart the roadway, the borough’s environmentalists cultivated outdoor education centers, hiking trails, and ecologic zoning codes atop and adjacent to the road’s right-of-way. In these linear, biodiverse landscapes, activists forwarded an alternative approach to park design easily traced to contemporary parklands throughout the city, from Concrete Plant Park in the South Bronx to the High Line in western Manhattan. 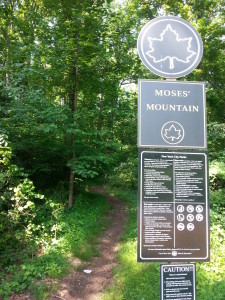 Before I finalized my chapter’s framing and form, however, I felt compelled to return to the project’s roots, retrace its terrain, cycle through its logic. So up and up I climbed from St. George Ferry Terminal to the highest point in New York City—the serpentine schist ridgeline running down the spine of Staten Island, those upland forests the Leni-Lenapi called “the Dark Woods,” the Dutch labeled “Todt Hill,” Olmsted termed “Manor Dale” in 1871, and 1960s anti-parkway activists branded “the Greenbelt.”

With glimpses of the Atlantic Ocean 400 feet below, I biked past a series of local retreats including William H. Pouch Scout Camp, High Rock Park Preserve, Bloodroot Valley, Corson’s Brook Woods, and Moses Mountain—the impromptu hiking trail created atop Bob the Builder’s right-of-way. These were the landscapes anti-parkway activists charted and chartered in their protests against the Richmond Parkway. They are the urban wilds one still finds today on the pamphlets, maps, and websites of Greenbelt advocates. It is the stuff of idyllic, off-the-beaten-path feature stories produced by PBS, the New York Times, and the Huffington Post.

Rightfully so: these are some of the most beautiful, biodiverse, and quirky landscapes one can find in New York City—ecosystems where Parks Department seed-gatherers hunt down rare plants to propagate in parklands across the city, and red-tailed hawks perch in abandoned tuberculosis infirmaries.

But after four years of research, I have come to understand that the Staten Island Greenbelt is not simply a public parkland, nor just a collection of outdoor-education institutions. It is also defined by the boundaries of the Special Natural Area District, a framework of environmental zoning codes passed by the City Planning Commission in 1974 to limit development atop the thousands of privately owned acres surrounding the abandoned parkway. Embraced as a cost-effective technique in open space preservation, these zoning protocols would be adopted and adapted by neighborhoods throughout the outer boroughs including Riverdale, Bronx; Fort Totten, Queens; and South Richmond, Staten Island.

Today, covering over 18,000 acres of the city’s least developed landscapes—roughly 20 times the size of Central Park—these ecologically justified “special districts” also serve to protect many of the city’s wealthiest neighborhoods from densifying and diversifying their housing stock. Such neighborhoods include a list of Greenbelt communities—Emerson Hill, Todt Hill, and Lighthouse Hill—the Times real estate section has described as “a roll-call of prestige and privilege.” 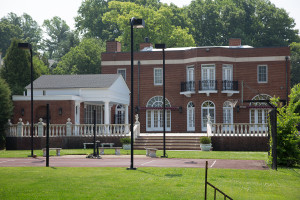 It was to these hidden, at times, exclusive corners of the Staten Island Greenbelt that I also wanted to venture on my bike ride last week. And so I passed the English Tudor style mansion made famous by Connie Corleone’s wedding in The Godfather. I took a few photographs of “Crimson Beech,” the only residence in New York City designed by Frank Lloyd Wright. I peeked into the former estate of Ernest Flagg, where the famed architect of the Singer Building built himself a 32-room Dutch Colonial Revival mansion. And I ventured through Moravian Cemetery, where Frederick Law Olmsted and Richard Morris Hunt built the Vanderbilt Mausoleum for “the Commodore” himself.

On and on I cycled past rustic retreats, Greek revivals, and modern McMansions; past ornate gardens filled with exotic plants; past the tennis courts and golf holes of the city’s oldest private country club. I covered miles of roadway without sidewalks, bus stops, public bathrooms, water fountains, or commercial store fronts. And I was confronted by countless “No Trespassing” and “Do Not Enter” signs, clarifying to visitors that the Staten Island Greenbelt is far from public.

No doubt these neighborhoods are quaint, charming, and historically significant. But because of the low-density, environmentally justified zoning ordinances that regulate them, they are also unaffordable and inaccessible to the overwhelming majority of borough and city residents. More problematic yet: their charm and exorbitant asking prices are publicly subsidized through municipal zoning codes, conservation easements, and parkland acquisition costs.

Also troubling: the promise of the Special Natural Area District in 1974 was to enable the city to enforce ecological standards on private property. But while the original zoning literature spent 10 pages detailing hundreds of species and 14 biological communities that private landscaping was to protect and maintain, today’s properties nurture crabgrass, pools, patios, and ornamental plantings. 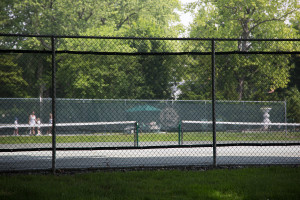 Tennis courts at the Richmond County Country Club, preserved by conservation easement, which paid the country club $3 million for its property, sheltered it from real estate taxes, and allowed it to manage the land for 99 years. In exchange, the country club has to maintain the property as an open space, although not necessarily one that is open to the public (Aaron Kreiswirth, 2015).

If—in the name of “natural areas”—the city chooses to forego opportunities in developing affordable, integrated, job-and-revenue-producing communities, then the least its citizens should demand is that such districts honor their role in nourishing robust, naturally occurring habitats.

I do not mean to nitpick at the borders of the Greenbelt here. Rather, I believe that in the zoning codes and gardens of these edge-habitats are written the unresolved tensions of the modern environmental movement. How to balance biodiversity and social diversity? How to resolve open space with dense, affordable urban design? From which (and whose) vantage points do we frame ecological health?

I have learned a lot from cycling through the Staten Island Greenbelt over the years. One lesson: zoning codes look different on paper than they do on the ground. Another: hiking the Greenbelt’s 30 miles of trails often seems safer than walking or cycling along its winding, shoulder-less roads.

Perhaps then biking through this terrain is a methodological intervention of sorts. It is a choice to focus on paved roads over dirt trails, ornamental gardens over second-growth forests, neighborhood development over wetland succession. It is to insist that the Staten Island Greenbelt is not an urban wilderness overgrowing history, but a system of zoning codes imposing a history of its own. 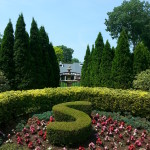 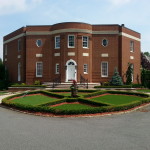 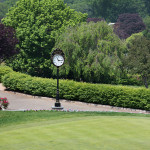 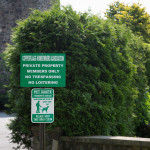 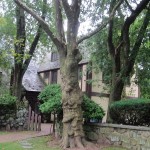 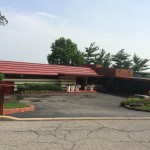 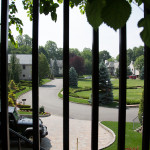 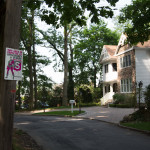