I came to Staten Island by way of a volcano. In 2009, I traveled to Mount St. Helens National Volcanic Monument to continue my master’s thesis research on Gary Snyder’s Danger on Peaks (2004), a book of poetry detailing the ecological responses to the 1980 volcanic eruption. Working with ecologists over a four-week field camp, I glimpsed a landscape of ash and pumice transforming into a biodiverse community—streams cutting through soot and dust, ballooning spiders dropping in from thin air, pocket gophers tilling up microhabitats:

I was teaching English and environmental humanities at Brooklyn College at the time, and while the scientists at Mount St. Helens appreciated my labor—setting traps, marking quadrants, counting species—they were curious as to why a humanist from New York City would take a month out of his summer to lug scientific equipment around a volcano.

It was not until I returned to the East Coast and took a class of emerging science writers on a guided tour of Fresh Kills Landfill in Staten Island, that I could articulate an answer for them. Looking out over an emerging upland forest atop four mountains of municipal waste, I realized that the deindustrializing landscape of Staten Island was just as dynamic as the blast zone of a volcano.

Five years later and I am close to completing a dissertation on the ecological, political, and social history of mid-20th-century Staten Island. Contrary to its moniker—“the forgotten borough”—Staten Island’s growing population and diminishing land resources were heavily debated by the nation’s most important planners and politicians throughout the mid-century urban crisis. While the process of writing a dissertation has led to greater clarity and creativity in my historical analysis, it has also been limiting, particularly for the scant time it has afforded me to engage in contemporary debates circling the island. From the tragic death of Eric Garner to the imminent threat of rising sea levels, the American public has taken a keen interest in the past, present, and future of the borough’s landscape. As I turn toward revising my dissertation, it is precisely these debates and audiences to which my history must speak.

This summer, then, my blog series, “Ecological Explorations on Staten Island,” will examine the contemporary landscape of Staten Island, placing moments of discovery and insight in conversation with five years of historical research. In between trips to the island’s many archives, I will tour Fresh Kills Landfill with restoration ecologists from Rutgers University, count heron with Parks Department biologists, clean up abandoned piers with environmental justice activists at North Shore Waterfront Conservancy, and interview Tompkinsville residents about the city’s hurricane resiliency projects. My posts will investigate how a historian’s visceral connections to place can influence not only the journey through archival paper trails, but also the reframing and revising of historical argument. Reflecting on what it means to craft a historical methodology grounded in the physical and cultural landscape, my writing will unpack the relationship between ethnography and exploration, critical distance and street-corner conversations, the archives of paper and those of soil, brick, and flower. 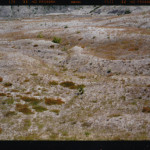 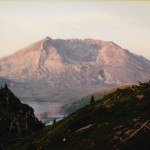 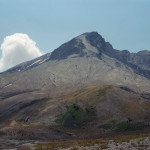 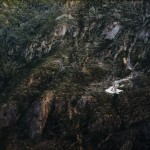 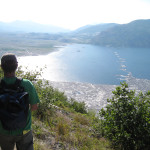 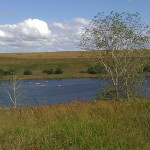 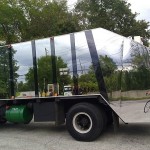 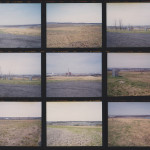